February 10, 2022, the Research Director of the Sustainable Kazakhstan Research Institute, Dr. Brendan Duprey conducted a seminar session on the topic ” Assessing Environmental Impacts of Armed Conflict: The Case of Eastern Ukraine” at the Eurasian Research Institute. 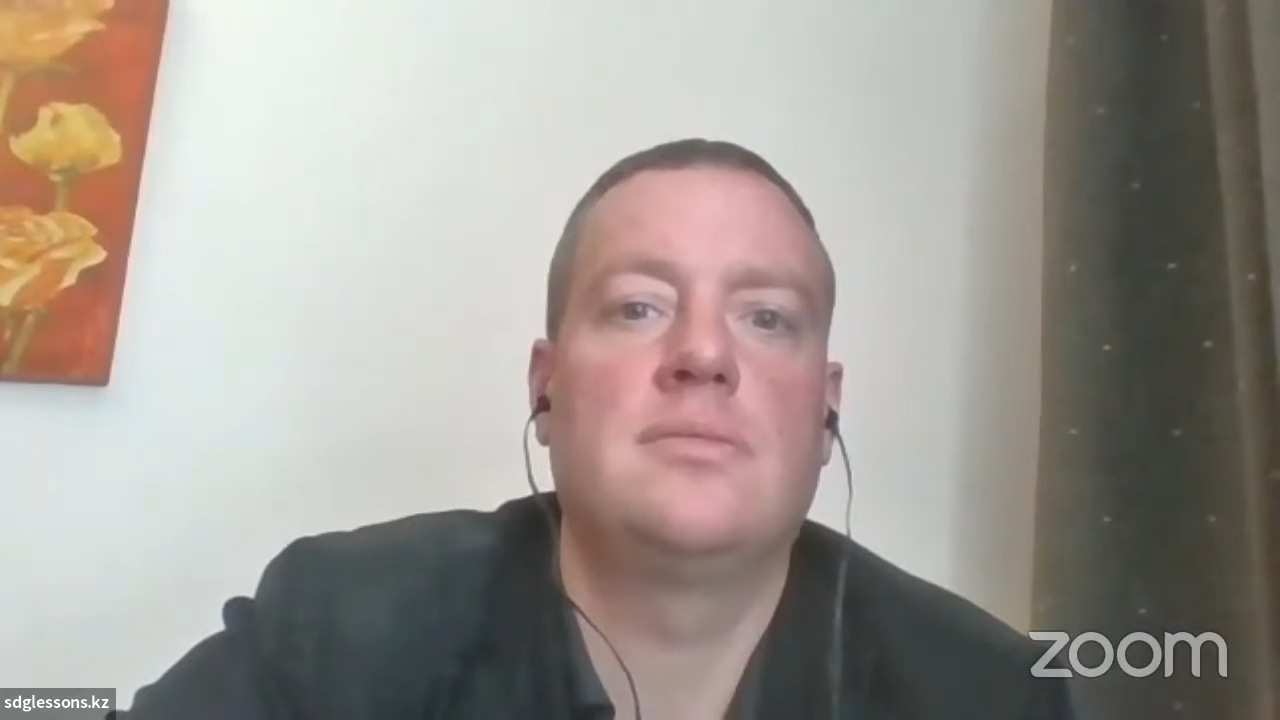 Dr. Duprey spoke about his recent research experience in Ukraine, namely in the zone of the conflict between the Ukrainian armed forces and the Certain Districts of Donetsk and Luhansk Oblasts (ORDLO). Talking about the environmental effects of the conflict, he stressed that many of the effects of modern warfare significantly undermine the achievement of sustainable development goals. Among the most obvious consequences, Brendan Duprey named the consequences of shell explosions, as well as their storage. Emissions explode to pollutant emissions that are dispersed in the basin and enter the soil, polluting them. This has far-reaching consequences that affect the health of the local population and the state of the environment. In addition to the direct impact, there are also indirect side effects of the impact on the environment. Probably the most visible side effect of the conflict on the environment is the non-compliance of industrial plants and other sources of pollution with environmental regulations. Dr. Duprey noted that the Donetsk region has a high concentration of heavy industries inherited from the Soviet Union. Therefore, one of the most important proposed recommendations was to restore control over compliance with environmental requirements and proper inspection.