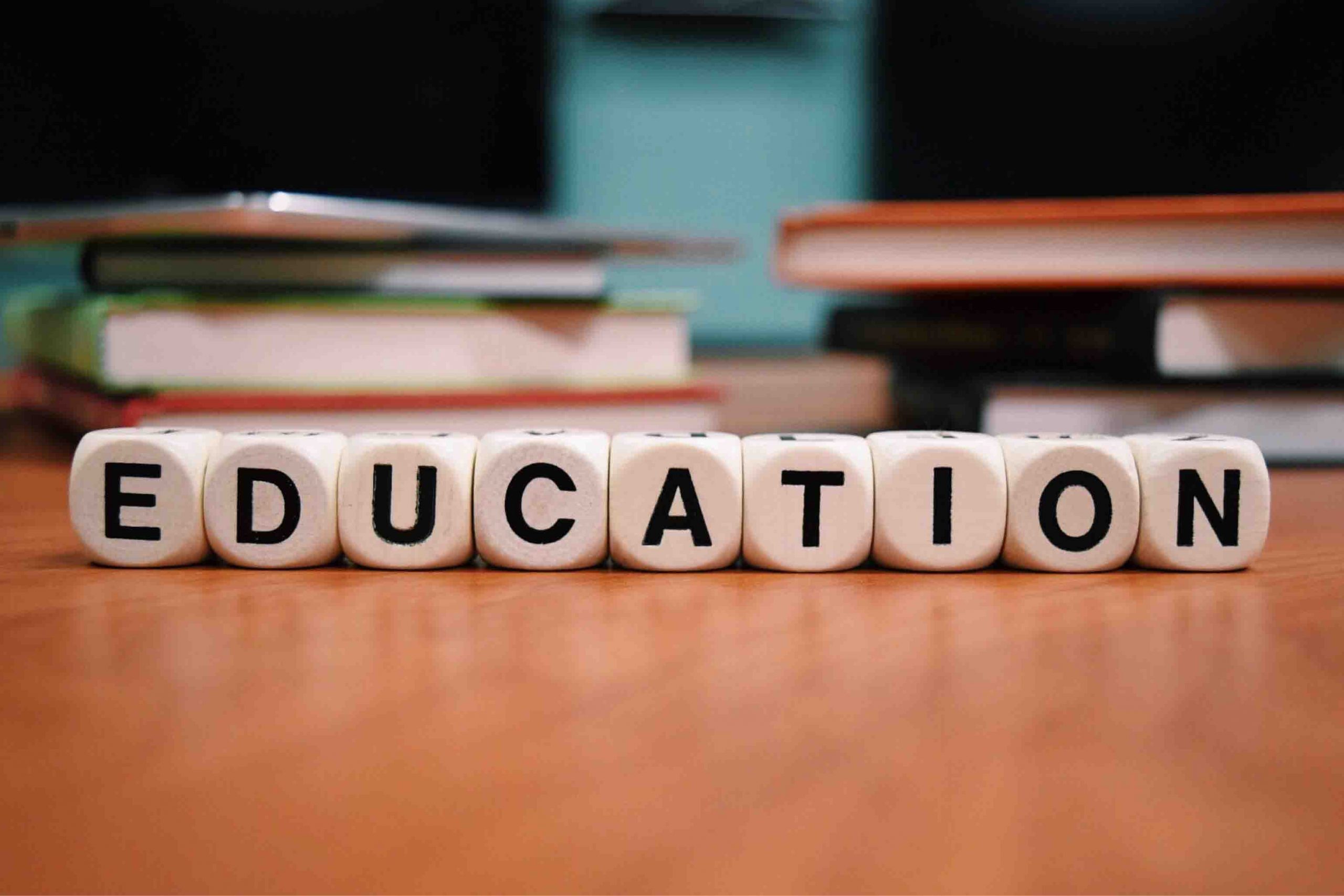 No one will argue that the field of science is an essential part of the national intellectual potential, a key resource for the country’s economic and social transformations. The country’s authority in the world community, prospects for competition in the foreign market, and the ability to solve its internal problems depend on the scientific achievements of the country. Nevertheless, in the conditions of economic crises, it was the scientific sector that was one of the first to suffer as a result of reforms, reductions, optimizations, and sometimes complete elimination, as is likely to happen in Turkmenistan in the next three years. According to news circulated in the media in Turkmenistan, with the President’s Decree Academy of Sciences would no longer receive financial support from the government. This is due to the ongoing recession in the energy sector. The country’s leadership has decided to save funding in order to strengthen the economic structure in the country. Currently under the roof of the Academy of Sciences of Turkmenistan, there are 26 research institutes and the state service of seismology, two medical research centers, 17 higher schools, a library and two printing houses operates [oxu.az, 2019].

Like many other national academies of the former Soviet republics, the Academy of Sciences of Turkmenistan, founded in 1951 in Ashgabat on the basis of the local branch of the USSR Academy of Sciences, in addition to the general goal of raising the level of research in the peripheral centers of a vast country, performed very specific tasks related to solving problems that were relevant for this region. Thus, Turkmen scientists worked in the field of hydrochemical research, environmental protection and biological diversity of the Caspian Sea, the study of its tectonics and seismic activity. They developed building materials based on local raw materials, developed new varieties of medium and fine fiber cotton, adapted to the soil and climatic conditions of the republic, and looked for methods of fixing the sands of Karakum. These scientific projects and much more were practically applied in various fields [IA REX, 2019].

Approximately the same development strategy of national scientific academies was observed in other republics. Systematic research work has begun in Tajikistan in the form of integrated expeditions, the tasks of which included studying the natural resources of the republic, creating stationary research centers and training scientific personnel. These expeditions, consisting of geographers, geologists, botanists, scientists of other specialties, gathered enormous material, which then served as the basis for further systematic research. Much work has been done to study the flora and fauna of Tajikistan, to identify its hydropower, mineral and fuel resources, outlined the prospects for the development of new land and industrial development of the republic based on the use of its subsoil [Historical information, n.d.]

The Kyrgyz Academy of Sciences, established in 1954, actively worked at the Tien Shan Physics and Geography Station in the fields of geography, biology, soil science, and in other related fields in the Tien Shan Astronomical Observatory, where projects were conducted on astronomy, technology and in other fields. [Sinko, 2018].

The Academy of Sciences of the Kazakh SSR was founded on June 1, 1946 and from the first years of its creation began a broad study of the development of rich natural resources, which made a significant contribution to the development of the country’s productive forces in solving the most important problems including economic, social and spiritual development of Kazakhstani society. Thus, in the fifties of the last century, the twelve union republics had their own academies of sciences [Scientificrussia, 2019].

However, at a new historical stage — the creation of independent states, the transition to a market economy, emphasis on the development of the knowledge economy — the previous systems were no longer able to function in the old way, and did not adapt to effective activities according to new requirements. In addition, some republics set rather ambitious, but hardly achievable goals – to become one of the developed countries of the world, to accelerate their economic growth, where in order to achieve the goals the strategy for the development of science needs to be changed radically. To carry out international research and their wide practical implementation, it was necessary to develop innovative industries, technologies, and international relations on a large scale. This means that it is necessary either to substantially rebuild the existing structures, which are expensive and almost impossible, or start from scratch the construction of a new technological research space, which was even more expensive and difficult to implement, especially with a lack of experience and resources. Attempts to reconstruct, reform and optimize existing academic structures have captured the entire post-Soviet space. A number of new laws were adopted on science or on national academies of science, financing systems were changed, the number of employees was reduced, entire institutes and research centers were liquidated. Moreover, their positions also moved from one department to another within the structure of ministries that also caused additional bureaucratic hurdles for these institutes.

In 2014, the Kyrgyz authorities discussed the liquidation of the Academy with the transfer of its functions to scientific organizations, ministries and universities. In 1999, the Academy of Sciences of Kazakhstan was separated from the ministry, the Academy became a public association, and in 2003, in accordance with the Decree of the President of the Republic of Kazakhstan, the Academy was granted the status of a republican private association. As for the Academy of Sciences of Turkmenistan, during the reign of Saparmurad “Turkmenbashi” Niyazov in 1998, it was already liquidated. In 2007-2009, the Academy worked on a voluntary basis, and on June 12, 2009, it was restored by presidential decree.

It should be noted that not only regional academies of sciences, but also the Russian Academy of Sciences, the most advanced, fundamental and successful of those remaining after the collapse of the Soviet Union, faced the problem of reassessing the role of the academic community. Thus, Yury Balega, vice president of the Russian Academy of Sciences, openly admitted that the number of scientific institutes in Russia is excessive, which leads to inefficient spending of funds on science and the absence of breakthrough research [Tass.ru, 2019].

Over time, it is becoming increasingly clear that the most popular slogan about the effective integration of science, education and production leads to the dominance of technology over the sciences, which sharply lose relevance due to the lack of a technological component and the possibility of quick financial profit. This factor makes many previously existing scientific divisions and directions “unnecessary”.

The drafters of the Development Strategy of the National Academy of Sciences of Kyrgyzstan write about this, admitting that “the pace of development and the structure of academic science do not fully meet the needs of the sectors of the economy, social development and national security”; and also that the scientific developments of the country’s scientists do not find application in the economy of Kyrgyzstan [Strategy, 2013]. Obviously, representatives of other National Academies in question could also sign this recognition.

As attempts to explain the situation, Russian scientists argue that not one of the leading countries in the world spends less than 2% of GDP on the development of scientific research, while in Russia, for example, the cost of research and development is approximately 1.1% of GDP. Ukrainian researchers, who cite international experience, which indicates that the 0.9% GDP for science provides it with a survival rate, and a higher one begins to give an economic effect [Chorniy, 2019], share this position.

All these events and facts cause certain thoughts. Perhaps the era of national academies in their Soviet format is a thing of the past? Perhaps science in the era of globalization can no longer concentrate in small regional centers and goes beyond political and geographical boundaries, choosing where it has the necessary resources and opportunities for the development of, say, advanced medicine or its individual areas, or biology, chemistry, physics in their numerous specializations. This is a more rational model than to disperse forces, finances, personnel, especially where there is a deficit of them all. As for technology and life sciences, such trends are already evident in some countries of the world, when under the auspices of large corporations, universities or research centers scientists from different countries of the world gather to find a place for themselves where they can most fully realize their scientific skills and creativity, where they can work for the benefit not of a separate country, but of humanity as a whole. However, for the humanities, firmly attached to the “national soil”, this decision seems unacceptable. How to study material and spiritual culture, history, art of an ethnos, people, and nation, while away from the object of study?

Perhaps this situation requires a change in the organization system, for example, work on narrow targeted state grants, rather than the constant budget financing, which academic institutions are used to, which partly already takes place in Kazakhstan, or the search for non-governmental funds and sponsors that are specifically oriented towards supporting humanitarian research. But how many academics will be able to withstand such a competition? Perhaps many scientists should overestimate the relevance and necessity of their efforts and projects in a market environment and fierce competition between scientific branches and structures.

Historical information. (n.d.). Academy of Sciences of the Republic of Tajikistan. Retrieved from: https://www.anrt.tj/ru/ob-akademii/istoricheskaya-spravka. Accessed on 17.02.2020.

Scientificrussia. (2019). Can Russia become one of the leaders in science? Retrieved from: https://scientificrussia.ru/articles/smozhet-li-rossiya-stat-odnim-iz-liderov-v-nauke. Accessed on 17.02.2020.

Sinko, Valery. (2018). A look at the National Academy of Sciences of the Kyrgyz Republic.  Retrieved from: http://su.gumilev-center.ru/vzglyad-na-nacionalnuyu-akademiyu-nauk-kirgizskojj-respubliki/ Accessed on 17.02.2020.

UNESCO Institute for Statistics. (2019). Science spending on GDP in the world. Research and development expenditure (% of GDP). Retrieved from:  www.uis.unesco.org. Accessed on 22.02.2020.