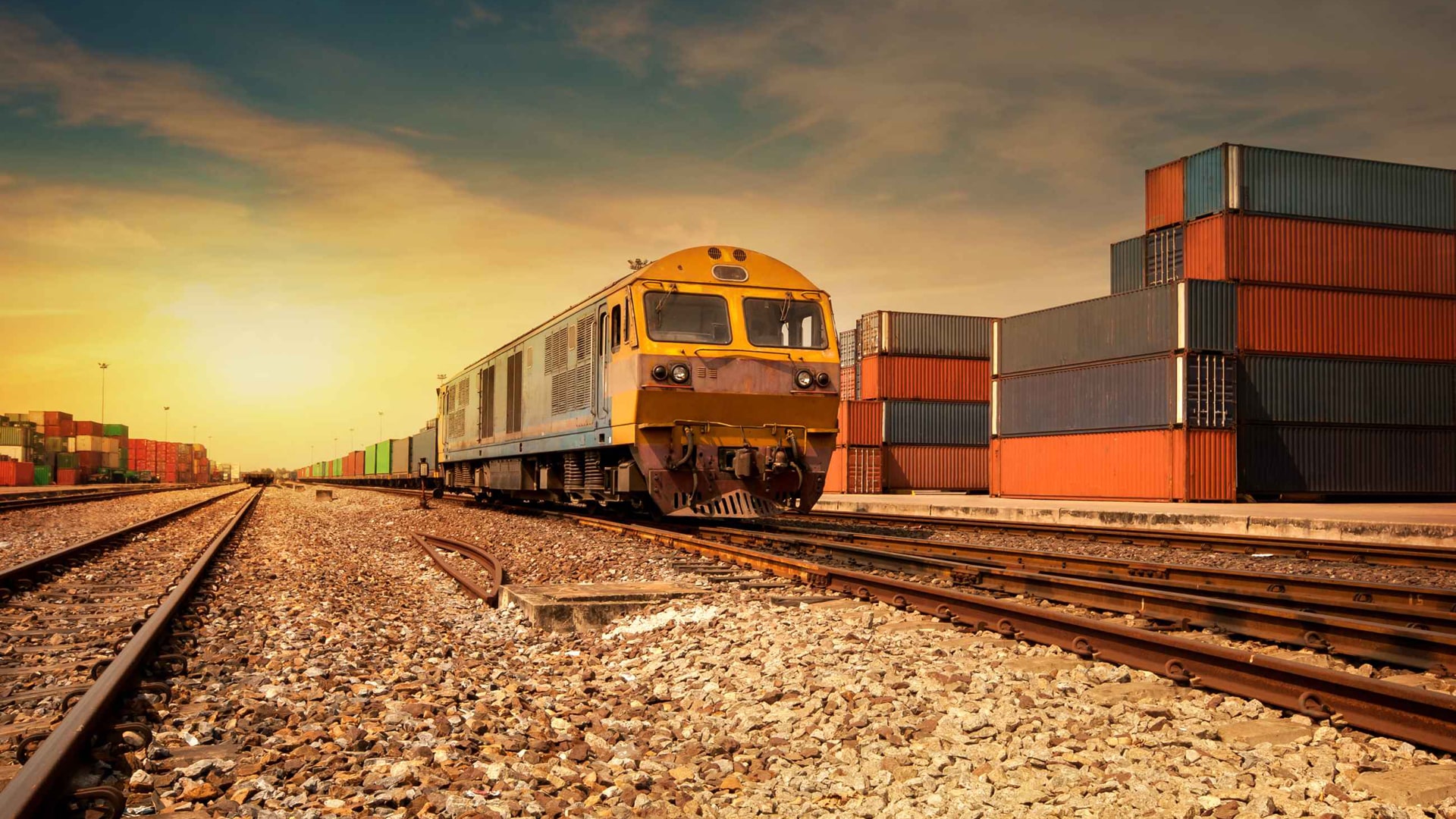 On December 19-20, 2019, a meeting of the heads of the national railways of Azerbaijan, Georgia, Kyrgyzstan, Turkmenistan and Uzbekistan was held in Tashkent. The agenda of the negotiations was the development of an international multimodal route. The meeting was productive, as the parties agreed to launch a pilot train on the route from Uzbekistan to Georgia via Azerbaijan and Turkmenistan in the first quarter of 2020 and managed to resolve the issues of uniform tariff rates for transit and the conditions for transporting goods along the route [Podrobno.uz, 2019]. The parties also agreed to create a coordination committee. This meeting was important for Central Asia in the context of the development of international trade-transit routes, especially given the prospects of the Southern Corridor from South Asia and the Asia-Pacific region to Europe. In this article, the author analyzes the possibilities and potential of the transport route and whether it can influence the relations of the Central Asian states.

It is noteworthy that the meeting was initiated by Uzbekistan. This follows Tashkent’s strategy to develop its transit potential and become the gateway of the Southern Corridor. Thus, Uzbekistan attempts to use its competitive advantage and seize the initiative from the Lapis Lazuli transport corridor, the agreement on which was signed in 2017 between Afghanistan, Turkmenistan, Azerbaijan, Georgia, and Turkey. The estimated cost of that project is around $2 billion to be funded by the Asian Development Bank [TASS, 2017]. The idea is that the transregional corridor would connect Afghanistan’s Herat province and Turkmenistan’s Turkmenbashi port, where goods would travel to Baku and continue westward to Europe through Turkey. However, after two years, there is still no established regular transportation of goods. The problem is that Turkmenistan and Afghanistan have not yet completed the construction of the Akina-Herat railway.

Under these conditions, to resolve the problem of the delivery of goods to/from Afghanistan, Uzbekistan decided to use its infrastructure, including the Termez-Mazar-i-Sharif railway, and to establish transit through its own territory. There were no representatives of Afghanistan at the Tashkent meeting, but the Termez-Mazar-e-Sharif railway is managed by the Uzbek side, and the delivery of goods to/from Afghanistan already works along this route. Therefore, connecting Afghanistan to the Uzbekistan-Azerbaijan route will not be difficult, and this will virtually repeat the northern route for the supply of U.S. troops in Afghanistan.

The next important factor is that the Uzbek side tries to increase the attractiveness of the China-Kyrgyzstan-Uzbekistan railway which is still under negotiation. If they could create a transit-trade corridor, this can strengthen the Uzbek position in the negotiation process. To date, Kyrgyzstan and Uzbekistan have not been able to find a compromise on the construction of the railway. The Kyrgyz side is not ready to borrow funds from China for the construction which would cost approximately $3 billion [Joint Report, 2019]. China, in turn, proposes to build at the expense of the investment but with a condition that the railway will be according to their gauge standard, which is 1,435 mm. In fact, European countries also use the 1,435 mm gauge standard, whereas in the former Soviet space railway infrastructure is still built with the 1,520 mm standard. Therefore it is not in the interest of Kyrgyzstan, which wants to connect its southern and northern railway lines by building this transit road from China to Uzbekistan.

At the same time, in Kyrgyzstan, some experts believe that the railway can be built if Uzbekistan takes upon itself part of the costs. It is worth noting, however, that in 2016 Uzbekistan completed the construction of the Kamchik tunnel and the electrified Angren-Pap railway line with a length of 129 km, having spent about $1 billion [Gazeta.uz, 2016]. The tunnel is largely in the interests of Uzbekistan itself, connecting the Andijan, Namangan and Fergana regions with the rest of the country, but it also allowed access to the border with Kyrgyzstan. Therefore, it is difficult to expect that Uzbekistan will incur additional costs for the construction of a railway through Kyrgyzstan. Even if they do, they will insist on building a short route that will not connect the northern and southern branches of Kyrgyzstan’s railway.

Kyrgyzstan apparently decided to test the potential of the transport corridor from Uzbekistan and agreed to participate using land vehicles, but with this option cargo volumes will be very low. Tashkent hopes that Bishkek will understand the potential of the transport corridor and soften its position in the negotiations on the railway. Simultaneously, the transport corridor to Turkey and further to Europe created at the initiative of Uzbekistan could become attractive to China. To join the corridor, it is only necessary for China to resolve its differences with Kyrgyzstan, and, perhaps, Beijing will try to achieve consensus more actively.

However, the transport corridor initiated by Uzbekistan has a number of disadvantages. The first one is borders, since trains need to pass more of them compared with the route through Kazakhstan. For Chinese goods, Kazakhstan provides a quicker access to the South Caucasus and Turkey. In addition, Kazakhstan has already established the entire infrastructure and is actively upgrading the port of Kuryk, while the port of Turkmenbashi is behind the schedule of modernization. For example, at the beginning of 2020, about 500 trucks piled up in the Baku port of Alat due to the breakdown of one of the Turkmen ferries, and the second was on a different route [Fergana, 2020]. At the same time, 11 ferries and two vessels with the capacity of 28 and 52 rail wagons run regularly between Baku and Aktau [Atameken, 2016].

Further, the participation of Kyrgyzstan is complicated not only due to the lack of a railway, but also by the difficult terrain. The delivery of goods to Andijan will take considerable time: for instance, travel by car takes more than two and a half hours, although the distance is only 76 km. In addition, freight transport vehicles in Kyrgyzstan are mostly outdated. According to conservative estimates, their average age is more than 11 years, which entails an increase in the cost of fuel, lubricants and maintenance, as well as a high risk of breakdowns [International Transport Forum, 2019].

The next problem is the high shipping cost of this route. To become cost-effective, a train must be filled with goods in both directions. To date, trains from China are completely dependent on Chinese goods and on subsidies from China’s provincial authorities [Tjia, 2019]. The Central Asian countries do not have such opportunities. Therefore, entering the Chinese market is important, otherwise the trade route will play a decorative role. Certainly, in the future, it is expected to ‘open’ South Asia through the territory of Afghanistan, which can significantly increase the profitability of the trade route. However, for now, this is quite a distant, if at all workable, prospect.

In conclusion, the prospects of the transport corridor to the South Caucasus proposed by Uzbekistan is unclear. There are many obstacles that the participating countries can solve themselves, but some are not dependent on them. Nevertheless, the creation of a trade route with the participation of three Central Asian countries will have a positive impact on the region’s connectivity. This can reduce border barriers, increase regional trade and have a positive effect on relations between the states, as well as create new types of cooperation between different ministries and departments.

Podrobno.uz (2019). Uzbekistan, Azerbaijan, Georgia, Kyrgyzstan and Turkmenistan will launch a new transport corridor in early 2020. Retrieved from https://podrobno.uz/cat/economic/uzbekistan-azerbaydzhan-gruziya-kyrgyzstan-i-turkmenistan-v-nachale-2020-goda-zapustyat-novyy-transp/. Accessed on 21.01.2019.

Joint report of the group of regional experts (2019). Development of Transport Corridors in Central Asia and Effect of the “Belt and Road” Initiative. Tashkent, 2019. Pp. 72-74.

Fergana (2020). Hundreds of trucks stuck in ports of Baku and Turkmenbashi due to breakdown of Turkmen ferry. Retrieved from https://fergana.agency/news/113991. Accessed on 20.01.2020.

Atameken (2016). How much does an alternative way of delivery of goods from Ukraine to Kazakhstan cost? Retrieved from https://atameken.kz/ru/news/23471-skol-ko-stoit-al-ternativnyj-put-dostavki-gruzov-iz-ukrainy-v-kazahstan. Accessed on 22.01.2020.