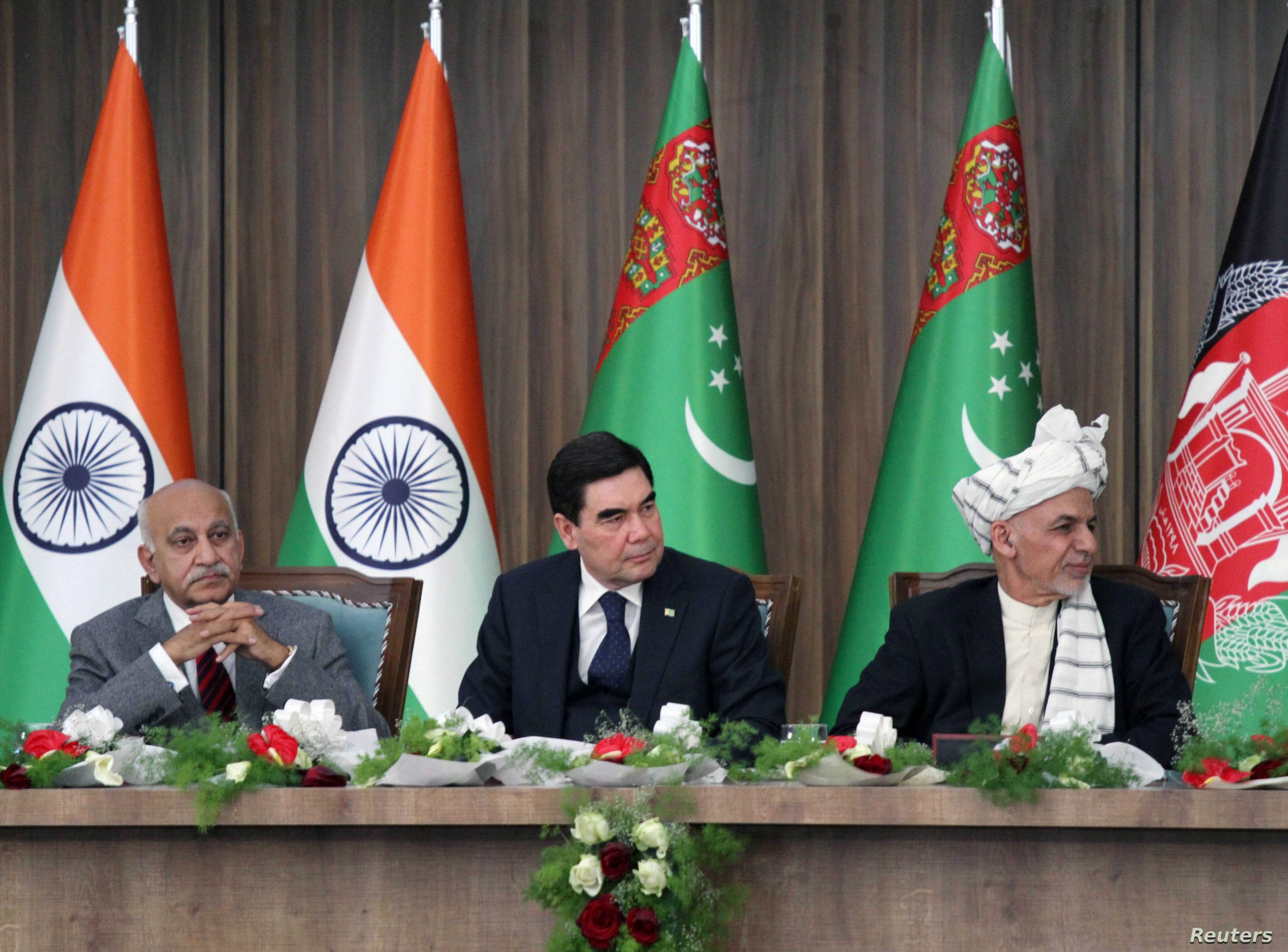 Turkmenistan, which is rich in natural gas, has started to develop the Turkmenistan-Afghanistan-Pakistan-India (TAPI) pipeline project, the foundations of which were laid in December 2015, in addition to the mentioned natural gas pipelines, in order to diversify its energy policy. TAPI is a project with a length of 1800 km (200 km of the pipeline is located in Turkmenistan, 773 km in Afghanistan, 827 km in Pakistan), with a maximum annual capacity of 33 billion cubic meters and a cost of approximately 10 billion dollars. It is aimed to transfer 5 billion cubic meters of this to Afghanistan, 14 billion cubic meters to Pakistan, and the same amount to India [Tobb.org.tr, 2018]. The instability in Afghanistan, the economic inadequacies of the country and the tensions between countries such as India and Pakistan prevent the completion of the TAPI pipeline project. Although the problems between India and Pakistan seem to be overcome, the biggest obstacle to the realization of the pipeline project is the security problem originating from Afghanistan.

In the 1990s, when the project was first presented, most of Afghanistan was under Taliban control and the Western companies that proposed the project conducted negotiations with the Taliban. However, the project had to be postponed with the September 11, 2001 attacks [Yellow, 2020]. Later, the basis for the project was laid at the summit between Turkmenistan, Afghanistan, Pakistan and India in Ashgabat in December 2010. It is considered as one of the important projects for all countries where Turkmenistan is the natural gas supplier, Afghanistan and Pakistan are transit countries and India as a final buyer, which will transport natural gas from Galkynysh, the world’s second-largest field, located in the southeast of Turkmenistan.

In the context of the implementation of the project, after signing contracts for the purchase and sale of natural gas between Pakistani and Indian national companies in May 2012, and between Turkmengaz and Afghanistan National Natural Gas Company in July 2013, the Asian Development Bank was selected as the Transaction Consultant in November 2013 and a Service Agreement was signed. Then, in November 2014, Turkmenistan’s Turkmengaz, Afghanistan’s Afghan Gaz, Pakistan’s Inter State Gas and India’s GAIL natural gas companies established “TAPI Pipeline Company Ltd” for the construction and operation of the natural gas pipeline. In August 2015, Turkmengaz was unanimously elected as the leader of TAPI Pipeline Company Ltd, and Turkmengaz owns 51% of the shares in this partnership, while the remaining 49% is shared equally among other companies. However, on October 24th, 85% of TAPI Pipeline Company Ltd Joint Venture Company was allocated to Turkmenistan, while other countries had 5% each. On December 13th 2015, the leaders of these four countries started the construction of the TAPI natural gas pipeline project with an official ceremony [Begenjov, 2018]. There are rumors that the Turkmenistan branch of the TAPI pipeline project started in December 2015 and was completed in mid-2019, the construction work on the Afghan part was started in February 2018, and the work in Pakistan was started in October 2019. It is difficult to say at what stage the pipeline construction of unstable Afghanistan is and Turkmenistan, which is closed to the outside. It is known that the project, which has been going on for nearly 30 years, has not been implemented yet due to the problems mentioned above. However, both Pakistan and India continue to seek ways to diversify natural gas imports. Pakistan has recently reached an agreement with Russia to build a pipeline that will increase the state’s liquefied natural gas (LNG) import capacity [Mangi, 2021]. As a result, Pakistan claims to import LNG cheaper than the price promised in the TAPI agreement. Turkmenistan is renegotiating a lower gas price to maintain Pakistan’s interest in the project. On the other hand, there are various sources from which India obtains oil and gas supplies, so India maintains a “wait and watch” policy as it wants to see how the political climate in Afghanistan will be after the complete withdrawal of the USA [Parwani, 2021, Mustafa, 2021].

The biggest problem of the project is that the pipeline passes through the territory of Afghanistan, especially the city of Kandahar, known as the stronghold of the Taliban. Although Afghanistan gave guarantees to ensure the security of the pipeline passing through its territory with the launch of the project, it has been attacked many times until today. Thus, it questions the feasibility of the project and its reliability for the final countries. It is possible to say that Afghanistan, by transferring 5 billion cubic meters of natural gas, besides meeting its energy needs, by providing natural gas flow to Pakistan and India, it becomes a transit country and can make significant diplomatic gains. In addition, the project may be instrumental in creating thousands of jobs, as well as providing economic income to the country. Considering that Afghanistan is 80% dependent on foreign energy, it is obvious that the Taliban, who took over the administration, should not miss such an opportunity. In this case, it can be expected that the contacts related to the project will be revived soon with the Taliban, which has started to carry out a moderate policy. For instance, Taliban spokesman Suhail Shaheen emphasized the TAPI natural gas pipeline as a “long-term priority project” and added that they hope to start the project soon, adding that their aim is to provide prosperity to their citizens [Afanasiev, 2021].

According to other media reports, in 2020, the Mining and Petroleum Industry Minister of Afghanistan, Guran Chakhansuri confirmed that the construction of the section of TAPI natural gas pipeline passing through its territory will begin in 2021 [OGJ.com 2020]. The Foreign Minister of Afghanistan, Mohammed Hanif Atmar met with the Foreign Minister of Turkmenistan, Rashid Meredov in Herat to discuss various interconnection projects, including the pipeline, which is reported to be opened in Afghanistan in August 2021 [Parwani, 2021]. If we take these developments into account, it is possible to see that there are movements around the pipeline project and negotiations are still ongoing. This shows us that the pipeline has the potential to be implemented.

If the TAPI project is successfully implemented, other major powers in the region such as China and Russia will be bypassed, as well as potentially seizing the opportunity to stabilize the relations and security situation among Central Asian countries. The TAPI pipeline will also deliver Central Asian energy to the South Asian market and reduce global energy dependency from the Middle East. While the TAPI pipeline is seen as a strategic opportunity as it acts as a bridge between Central and South Asian energy cooperation, many states are waiting to see if the Taliban can stick to its promise to support economic projects in the country.

Parwani S. (2021). The TAPI Pipeline in Post- US Withdrawal Afghanistan. Retrieved from https://southasianvoices.org/the-tapi-pipeline-in-post-u-s-withdrawal-afghanistan/. Accessed on 15.09.2021.