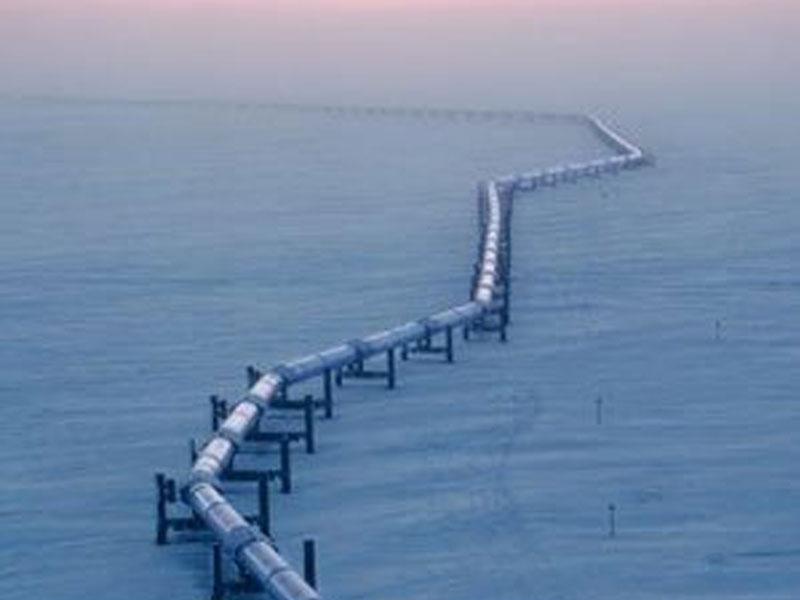 In our fossil fuel dependent community oil and gas transportation via subsea pipelines is an important link in the chain of the petroleum industry. Although for some, a construction of offshore pipelines is an opportunity to safely and cheaply deliver oil and gas to a customer, for the others, the pipeline construction is a potential risk of an environmental catastrophe. Environmental impacts intrinsic to the pipeline construction are relatively low. However, the exploitation of pipelines afterwards has a high-risk potential associated with pipeline ruptures.

Pipeline construction is a complicated process and has a tremendous negative impact on the marine life due to the length of the pipelines (thousands of kilometers). In the process of installation pipelines are either placed directly onto the seabed or buried in the sediments. Digging trenches for the pipeline burial disturbs marine life in the process of installation. Ergo, in areas with soft sediments benthic communities will recover in a year or two. However, in hard substrate the re-colonization might take up to 10 years (Source: Assessment of impacts, 2009). This number increases with depth and a temperature drop. On a positive side, in a long term, pipelines might serve as a shelter for new marine life and provide a habitat for new species of benthic organisms. Nevertheless, even minute changes in planktonic benthic communities can lead to an alteration of the food chain, in the end, hindering the economic development of coastal communities that are dependent upon fishery. On top of that, construction of pipelines could lead to deforestation, vegetation degradation and a habitat disturbance of the coastal wildlife communities.

While environmental impacts due to pipeline construction processes are essential, a worst case scenario associated with a pipeline rupture that would cause billions of barrels of oil to spill into the waters is possible, and the longer the pipe, the higher the risk of an environmental catastrophe. Risks of corrosion and hydraulic seal failure, pressure and temperature deviations increase hazards of the pipeline rupture.

The chemical composition of both compressed gas and the water might lead to a corrosion of the pipes. For example, the waters of the Black Sea deeper than 100 to 200 meters contain dissolved hydrogen sulfide which could corrode steal pipelines (Source: Tricarico, 2001). In addition, geological formation of the seabed is another subject of concern. Correspondingly, the Black Sea has steep gradients, high seismic activities and a threat of degasification of gas hydrates which potentially create stress on the hydraulic seal of the pipes. Likewise, alteration of the seabed topography and an initial unevenness of the seabed might lack a support for the pipeline leading to a development of free spans, areas where a pipe surfaces from a trench. This is especially true for soft sediments.

In case of an accident compressed gas transported via pipelines would break through and cause a big scale explosion. Needless to mention, any gas emissions would lead to degradation of water and air quality and a distinction of an entire ecosystem in the epicenter of the catastrophe and would affect the coastal ecosystems. In case of the Blue Stream Pipeline, this is especially dangerous for the first 80 to 90 km of the pipe at the Russian coast where the gas pressure exceeds hydrostatic pressure (Source: Tricarico, 2001). While gas leak close to coastal areas will lead to gas emissions and an explosion, a destruction of the pipeline in deep parts of the sea will lead to formation of gas hydrates due to high hydrostatic pressure. In the end, the wellbeing of the society, human health and safety would be at danger as a consequence of a gas escape. Therefore, it is important to prevent accidents rather than to deal with the consequences of a catastrophe.

Knowledge and an acknowledgement of a problem is the first step in a mitigation action of risks related to pipeline rupture. First, an implementation of a pipeline construction project starts with an Environmental Impact Assessment (EIA) and an Environmental and Social Impact Assessment (ESIA) studies that must come to a conclusion of no significant impacts on the environment before the project can be approved. Further, there are several ways to decrease environmental impacts associated with pipeline construction, namely choosing pipeline routes that have the least disturbance of coastal and marine wildlife and vegetation, along with the gently inclined geological features of the seabed. Similarly, applying new technologies of pipeline construction will decrease the risk of pipeline ruptures in the course of pipeline exploitation. Nowadays installation of high quality pipes made of corrosion resistant steel alloys with an ability to withstand high pressure is widely practiced. Another way of mitigation is a reinforcement of the pipes laid close to the shore by coating them with concrete in order to prevent external damage by vessels and different anthropological marine activities. Due to the implementation of these new technologies pipeline ruptures are becoming less frequent. However, the total length of pipelines is increasing by 6% a year, resulting into a higher risk of a disaster (Source: Williams, 2012). To conclude, while the total number of releases remains constant, the number of gas releases per unit length of pipelines is decreasing giving a hope for safety of subsea pipelines.