India-China Informal Summit: A Way to Deepen the Dialogue 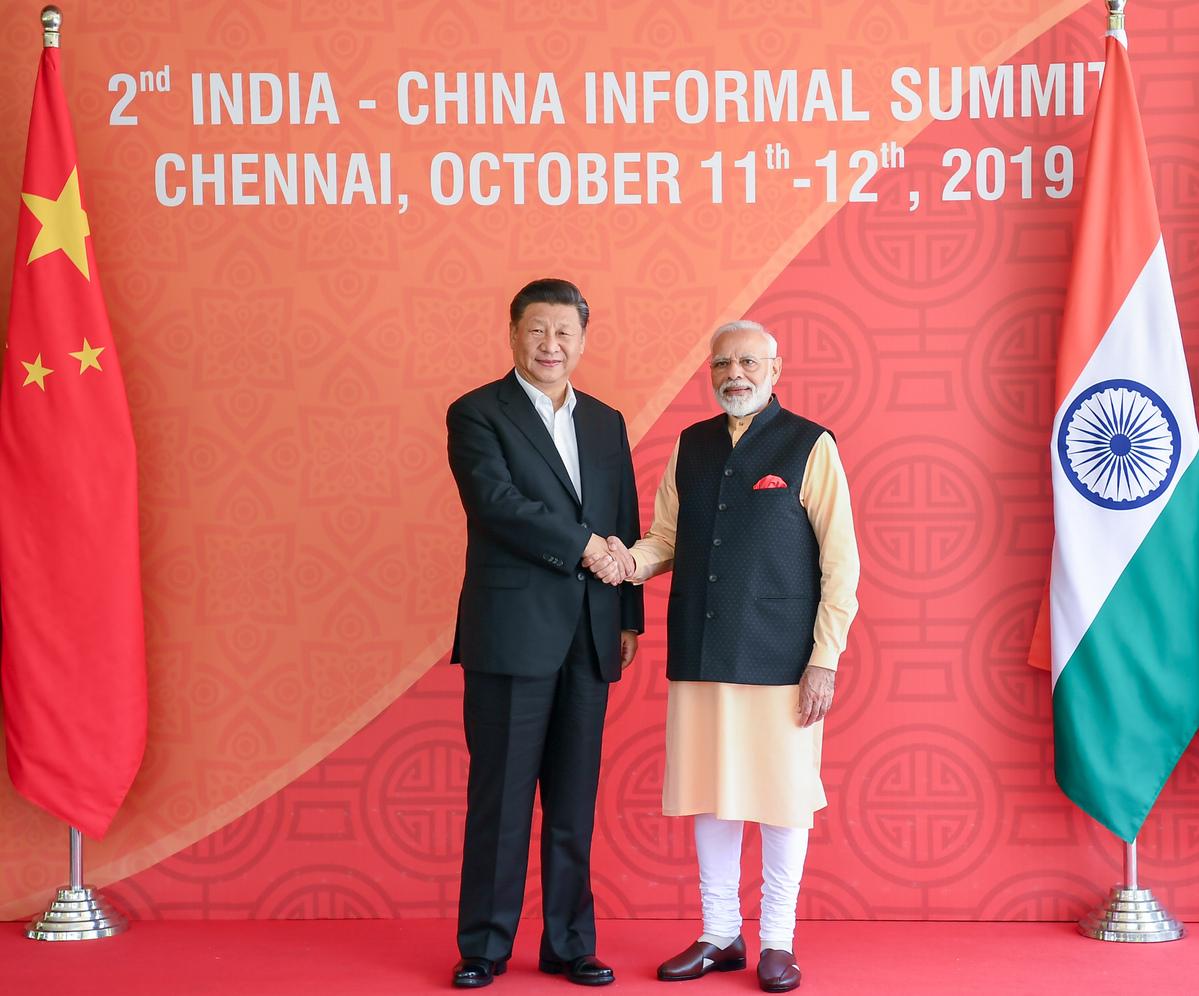 The second informal summit between Chinese President Xi Jinping and Indian Prime Minister Narendra Modi held in Mamallapuram near Chennai in India on October 11-12, 2019 was marked as an efficient dialogue platform to deepen dialogue and promote mutual understanding between the leaders. Acknowledging the progress made since their first informal summit in Chinese Wuhan in April 2018, this time, the leaders focused on bolstering economic ties and people-to-people contacts, but omitted a range of contentious issues between the states. The leaders believe that through the informal talks and their strong personal support the parties could reach further progress in overall Sino-Indian relations.

Among the major results of the Wuhan-Mamallapuram process could be mentioned the improvement of economic cooperation. The volume of bilateral trade between China and India in 2018 reached a new historical high of $95.54 billion ($84.44 billion in 2017), yet the trade deficit for India increased from $51.72 billion in 2017 to $57.86 billion in 2018 [Varma, 2019]. Hence, in order to further deepen economic cooperation and address India’s claims about the growing trade deficit, the leaders decided to establish a High-Level Economic and Trade Dialogue mechanism co-chaired by Chinese Vice Premier Hu Chunhua and Indian Finance Minister Nirmala Sitharaman. This ministerial framework aims to enhance trade and commercial relations, achieve a better balance in trade, as well as increase mutual investments in selected sectors [MEA of India, 2019]. Besides, during the same days in Bangkok, the ministerial meeting of the China-led Regional Comprehensive Economic Partnership (RCEP) almost finalized the free trade pact that provides for new perspectives of economic cooperation not only between China and India but also with ASEAN countries plus Japan, South Korea, Australia, and New Zealand. For the Chinese side, the RCEP will broaden its trade penetration in the Indo-Pacific region, whereas India has multiple concerns with its inclusion in the RCEP. The issue is in India’s trade capacity since it has a trade deficit with 11 out of 15 RCEP countries. In addition, Indian producers worry that cutting tariffs on dairy and agriculture products will overwhelm the Indian market with cheap Chinese imports, as well as impact the service sector of India [Singh, 2019]. Respectively, the domestic concerns of India outweigh Chinese promises to balance the trade deficit through regional cooperation within the RCEP. Therefore, the established bilateral high-level mechanism offers hope that China’s protectionist policies of which India complains will be mitigated. Either way, time will show either the initiated mechanism will reduce the enormous trade gap between China and India until the next informal summit, or the leaders will have to continue negotiating without proper decisions.

Further, the two leaders agreed to designate the year 2020 as the China-India year of cultural and people-to-people exchanges, and celebrate the 70th anniversary of diplomatic relations between China and India by holding 70 events between political parties, cultural and youth organizations and militaries, which will intensify exchanges at all levels [MEA of India, 2019]. In the current situation, when tensions between China and India have escalated due to a number of issues, the reliance on the improvement of people-to-people contacts will be an effective instrument in maintaining a positive image of the neighbor, especially taking into account the negative image of China in the Indian mass media.

Meanwhile, in general, the Sino-Indian relations are facing a number of challenges. Particularly, India’s revocation of Kashmir’s special status on August 5, 2019, provoked outrage in Pakistan and global worries over a fresh armed conflict between India and Pakistan. The downgrading of diplomatic ties between India and Pakistan has an impact on India’s relations with China as well. At the same time, notwithstanding the China-Pakistan “all-weather” partnership and Pakistani Prime Minister Imran Khan’s visit to Beijing just a day before Xi Jinping’s departure to India, Xi and Modi somehow managed to reach a tentative understanding on Kashmir. If in Beijing President Xi reiterated China’s support to Pakistan on Kashmir, in Chennai Xi declared a bilateral character of the issue that should be resolved between India and Pakistan peacefully [Joshi, 2019]. In his turn, Modi confirmed that the revocation of Kashmir’s autonomy does not change the status quo on the Sino-Indian border, which was the primary concern of Beijing. Apart from that, a week before the informal summit, the first foreign minister-level meeting of the Quadrilateral Security Dialogue, also known as ‘Quad’, comprising India, Japan, Australia, and the United States, was held on the sidelines of the UN General Assembly in New York. Even though the meeting presented a “significant elevation of level” for advancing cooperation in the Indo-Pacific region [Economic Times, 2019], it was far from producing any substantive results, yet it could lead to broader tensions underlying the China-India relationship [Panda, 2019]. Moreover, from Chennai, President Xi headed to Nepal, a state that has traditionally been in the orbit of Indian interests, albeit in its current regional affairs demonstrates a geopolitical shift toward China.

On top of this, the border issue that was the very reason for initiating the informal dialogue after the Doklam standoff, during which Chinese and Indian troops faced off each other for 72 days in the summer of 2017, was missing from the agenda and discussions this time. Probably, understanding the complexity of the border issue and given the current situation with Kashmir, the leaders decided to focus on effective instruments of interaction between the states. Therefore, the deepening of economic cooperation and people-to-people contacts was chosen as a top priority engagement between the two Asian giants.

Nevertheless, it should be remembered that both China and India are keen to develop Asian multilateralism, and their bilateral engagement is ongoing in the context of their aspirations to play a major role in regional affairs. Therefore, while acknowledging the importance of each other in developing and maintaining the rise of Asia, both leaders have different instruments and capacity. As a result, the recent informal summit between the two Asian leaders has shown the course of bilateral relations in a positive light, evading, however, a range of contentious issues.

Panda, Ankit (2019). The Second ‘Informal Summit’ Is Done. Now for the Hard Part in India-China Ties. Retrieved from https://thediplomat.com/2019/10/the-second-informal-summit-is-done-now-for-the-hard-part-in-india-china-ties/. Accessed on 20.10.2019.