India-Pakistan Relations amid the Conflict in Kashmir 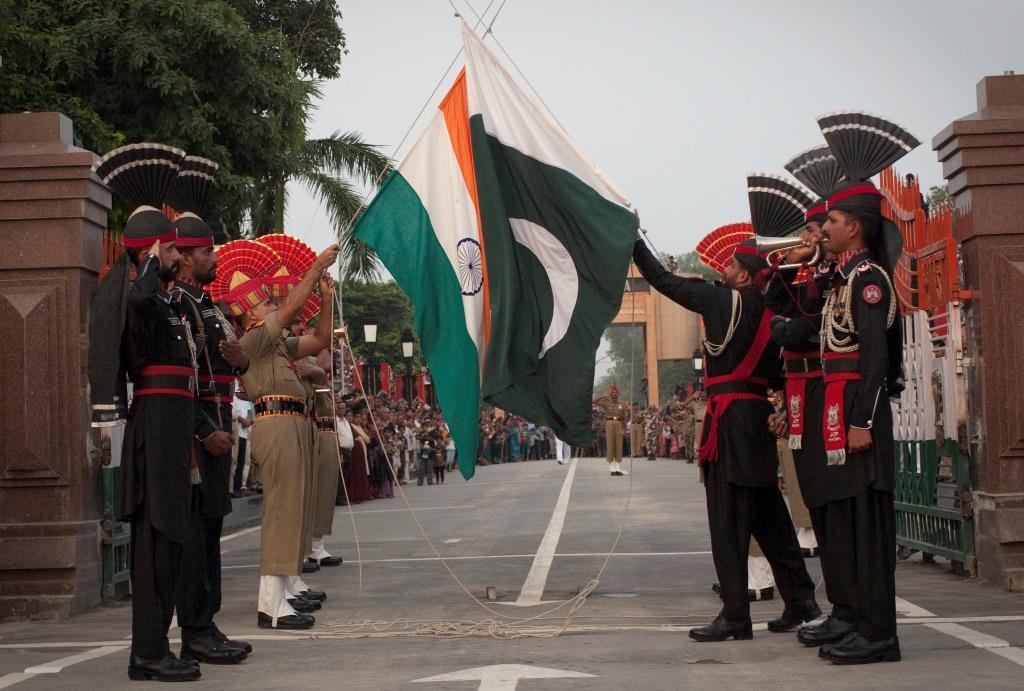 The air skirmishes in Kashmir, which occurred in mid-February and early March 2019 attracted global attention, as India and Pakistan faced the risk of the incident flaring up into a full-scale war. Even though it is early to speak about the implications of this conflict due to the end of India’s current government cycle, it would be interesting to overview the major outcomes of the conflict.

The standoff evolved on February 14, 2019, when a suicide car bombing killed 40 Indian paramilitary Central Reserve Police Force members in the Pulwama area of the Indian-administered part of Kashmir. The Pakistan-based militant group Jaish-e-Mohammed (JeM) claimed the responsibility for the deadliest attack since 2002, while Pakistan’s government condemned the attack and denied any involvement [Dawn, 2019a]. In its turn, the Indian government accused Pakistan of providing support to the militant group that is banned in Pakistan but operates openly there. Tensions increased when 12 days later, on February 26, 2019, the Indian Air Force conducted pre-emptive air strikes on the biggest training camp of JeM located in the Pakistani town of Balakot, using air power against Pakistan for the first time since 1971. Even though the Indian officials announced that they had hit a large number of militants, the Pakistani authorities denied any damage, and the open-source satellite imagery indicated “only impacts in the wooded area, with no damage being visible to the surrounding structures” [AlJazeera, 2019]. Islamabad responded to the air raid by shooting down two Indian jets that crossed the Line of Control (LoC) on February 27, 2019, one falling on the Pakistani side and the other on the Indian side. The tensions almost escalated to an all-out war, but were eased when Pakistan returned captured Indian pilot Abhinandan Varthaman on March 1, 2019, as a peace gesture [AlJazeera, 2019].

Pakistani Prime Minister Imran Khan urged to solve the issue peacefully by stating, “Let’s sit together and settle this with talks”. He called on India to cooperate after showing Pakistan’s military response capabilities [Dawn, 2019b]. At the same time, while demonstrating that he can stand up to India, despite a threat of an economic collapse his country is facing, Khan released the Indian pilot to “show his country’s moral high ground” [Hasan, 2019]. Meanwhile, Indian Prime Minister Modi, who is seeking re-election in the upcoming national elections in April-May 2019, responded strongly by stating that “India has been facing the menace of terrorism for years. But there is a big difference now – India will no longer be helpless in the wake of terror” [Twitter, 2019]. Undoubtedly, the recent tensions present a rare political opportunity for Modi, as the public focus has shifted from internal economic problems to national security, on which Modi has prerogatives. Consequently, Modi is not interested in initiating a dialogue with Islamabad at any level, as it could weaken his domestic support, so he needs to follow his strong response. Therefore, when Pakistani authorities proposed to send a high profile delegation to India for the first meeting after the escalation to finalize the modalities of an opening of the Kartarpur corridor, which would link the Pakistani town Kartarpur with the Indian Gurdaspur district in Punjab, India rejected the proposal and insisted to meet at the border to keep the talks as low profile as possible [Jamal, 2019]. Either way, the intentions of both sides to meet and discuss the current issue is underpinned in gaining more political support, rather than moving toward peace.

Meanwhile, Pakistani authorities arrested 44 suspects, among whom were two prominent JeM members, the brother and son of its leader Masood Azhar, who were claimed responsibility for the February 14, 2019 attack. Interior Secretary Azam Suleman Khan has stated that Pakistan will take further action if India provides additional evidence. However, there is an established practice that Pakistan captures high-profile suspects in the immediate aftermath of an attack, but no strict punishment follows. For instance, Pakistan arrested Masood Azhar after the 2001 attack on India’s parliament, but released him after less than a year of house arrest. Similarly, Pakistan has several times arrested and released Hafiz Saeed, founder of the Lashkar-e-Taiba group responsible for the 2008 Mumbai attacks [Ahmed, 2019]. Therefore, the Indian government and public opinion do not believe in a fair investigation and real actions on the part of Pakistan.

It is worth noting that the Indian state Jammu and Kashmir is the highly militarized state, occupied by the Indian security forces. According to the United Nations, Indian soldiers commit human rights violations there, while Pakistan provides moral and material support to Kashmiri militants. Young people in the India-controlled Kashmir, who grew up in the conditions of insurgency and are deeply alienated from India, are largely recruited to the militant groups. Among them was a young Kashmiri, who blew himself up in the suicide bombing on February 14, 2019 [The Conversation, 2019]. At least eight terrorist organizations, which are supported by Pakistan, Taliban and al-Qaeda, comprising around 450 terrorists, operate in the state. Consequently, the Indian Kashmir has been experiencing different forms of terrorist attacks from time to time. The attack on the Indian airbase in Pathankot in January 2016, the deadly raid on the Uri army base in September 2016, as well as the attack on the Indian army camp in Sunjuwan in February 2018, were the recent cases when JeM has claimed responsibility [Hasan, 2019].

The international community is also looking closely at the situation in Kashmir. U.S Secretary of State Mike Pompeo has called on both sides to avoid escalation and Pakistan to take “meaningful action against terrorist groups operating on its soil” [Goel, 2019]. China, which has always been a factor in India-Pakistan relations, called on the parties to refrain from taking any actions that could further escalate the situation [Qingqing, 2019]. The Russia-India-China trilateral meeting of foreign ministers on February 27, 2019 gave India a chance to speak up about India’s position on the issue internationally and call other countries to show zero tolerance to terrorism and take decisive actions towards it. It also gave India a platform to engage China as it was the first diplomatic outreach after the Pulwama terror attack [Singh, 2019].

In conclusion, given that the recent escalation does not seem to be the final one and the threat of terrorist attacks has not disappeared, the so-called India-Pakistan nuclear balance is not the best solution to escape further confrontations in a long run. Both India and Pakistan are acting to receive political gains rather than addressing consequences of ongoing tensions, thus we can only hope that some political motives will lead to an improved situation in Kashmir in the future.

Dawn (2019a). On Kashmir attack, Shah Mahmood Qureshi says ‘violence is not the govt’s policy’. Retrieved from https://www.dawn.com/news/1464205/on-kashmir-attack-shah-mahmood-qureshi-says-violence-is-not-the-govts-policy. Accessed on 17.03.2019.

Jamal, Umair (2019). Understanding the Latest India-Pakistan Meeting on the Kartarpur Corridor. Retrieved from https://thediplomat.com/2019/03/understanding-the-latest-india-pakistan-meeting-on-the-kartarpur-corridor/. Accessed on 15.03.2019.

Goel Vindu (2019). India-Pakistan Crisis: Why They Keep Fighting Over Kashmir. Retrieved from https://www.nytimes.com/interactive/2019/world/asia/india-pakistan-crisis.html. Accessed on 15.03.2019.

The Conversation (2019). Kashmir conflict is not just a border dispute between India and Pakistan. Retrieved from http://theconversation.com/kashmir-conflict-is-not-just-a-border-dispute-between-india-and-pakistan-112824. Accessed on 15.03.2019.