Is it worth to Expect Former Friendship in Tajikistan-Iran Relations? 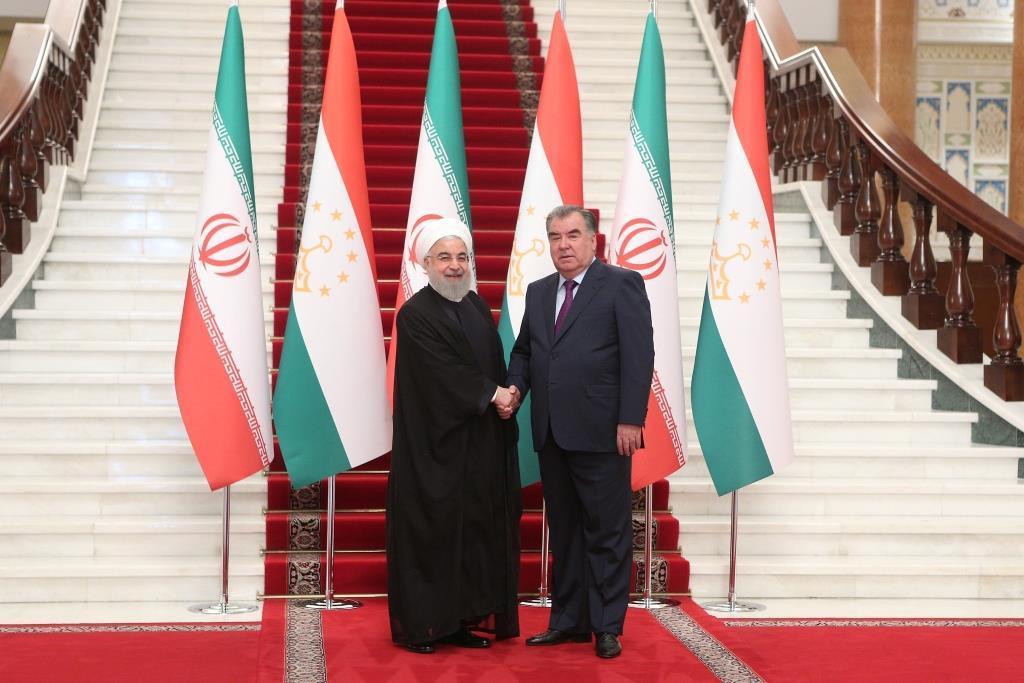 The visit of Iranian President Hassan Rouhani to Dushanbe to participate in the 5th summit of the Conference on Interaction and Confidence Building Measures in Asia (CICA) held on June 14-15 was signaled as an important milestone in recovering Iran-Tajik relationship. Tajik President Emomali Rahmon’s greeting “Welcome to your second homeland” also confirmed a thaw in bilateral ties that was complicated during the last several years. Overall, the talks on the sidelines of the CICA summit was resulted in discussing the topical issues of bilateral cooperation, as if nothing had happened prior to that.

Tajikistan occupies a unique place in Iran’s foreign policy because of its ideology and culture, and also seen as the Persian enclave in the Central Asian Turkic milieu [Mesbahi, 2001]. Iran was the first state that recognized the independence of Tajikistan in September 1991 and opened its embassy a year later. During the Civil War in Tajikistan, Iran supported the Islamic and nationalist opposition of the country, which later became a reason for critics of Tajik authorities. Later, Iran assisted in implementing a number of projects, including the construction of the Istiqlol tunnel (the Anzob Tunnel) worth $40 million that connects Dushanbe and Khujand, which was partly completed in 2006 and expected to be completed in the coming years. The Sangtuda-2 hydropower station cost $260 million was opened in 2011 ($180 mln Iranian and $40 mln Tajik money). Iranian authorities in 2008 also expressed interest in participating in the construction of the Rogun dam [Lemon, Rahimi, 2019]. Moreover, Iran’s private business created a number of sewing shops, equipping them with sewing and knitting machines. The peak of bilateral economic relations came to 2013, when total turnover reached $292,3 mln, of which Tajik exported around $115,6 mln [Asia-Plus, 2019a]. However, relations had worsened due to Tajik critics and abuse of Iranian authorities in supporting the terrorist Islamic Renaissance Party of Tajikistan (IRPT) which was banned in August 2015 in Tajikistan. In particular, the point of downgrading of relations was determined by the Foreign Minister Sirojiddin Muhriddin as the events of September 4th, 2015 when two attacks were exploded in Dushanbe and around, on which Tajik government blamed an ex-deputy foreign minister Abduhalim Nazarzoda, a former Islamic opposition commander and member of the IRPT. According to Foreign Minister, some “economic and financial structures of Iran support the IRPT, which, in turn, supported the riot raised by Nazarzoda” [Asia-Plus, 2019b]. Dushanbe’s claims were exacerbated in December 2015 when Iran hosted the 29th Islamic Unity Conference and invited Muhiddin Kabiri, a leader of the IRPT, who also had met with the spiritual leader of Iran Ayatollah Ali Khamenei. In response, the Foreign Ministry of Tajikistan presented a note of protest to the Iranian ambassador, and Mufti Saidmukarram Abdukodirzoda and other public figures and politicians accused Tehran of supporting terrorists [Fergana, 2019]. Relations had worsened from there and impacted on economic cooperation. Dushanbe by claiming to a low quality of goods put restrictions on imports of food products, namely meat and tea products. Trade dropped threefold from $292, 3 mln in 2013 to $98 mln in 2018. Tajikistan stopped issuing visas to Iranian citizens at the Dushanbe airport. In Khujand, the representative office of the Assistance Committee “Imdod” a well-known Iranian charitable organization and the Iranian trade and cultural center were closed [Lemon, Rahimi, 2019]. In the spring of 2018, the Council of Ulema of the Islamic Center of Tajikistan accused Iran of supporting the IRPT [Fergana, 2019]. Subsequently, other Iranian government organizations, as well as Iranian companies were forced to suspend their activities in Tajikistan. Furthermore, the events of August 2018, when Tajik authorities accused Iran of training militants who attacked western tourists in the mountains of Tajikistan, killing two Americans, a Swiss and a Dutchman was a culmination of recent disaffections. Although ISIS has claimed responsibility for the attack and released a video of that, Tajiks authorities blamed on IRPT and Iran, whereas Iran for the first time reacted sternly to that [Rahimi, 2019].

The worsening of political ties between Tajikistan and Iran also influenced to the bid of Iran for the full membership in the Shanghai Cooperation Organisation, when Tajikistan objected Iranian application, therefore was not in the agenda of recent SCO Summits. Meanwhile, official Dushanbe tried to improve relations with Saudi Arabia in a search of financial assistance, which is a traditional foe of Iran. Yet, Tehran did not escalate the situation with President Rahmon and remained calm.

Nevertheless, early this year, on April 2019, talks that Dushanbe tilts back towards Teheran was taken seriously, when sides appointed experienced diplomats to the posts of heads of diplomatic missions of Tajikistan in Tehran and Iran in Dushanbe. The meeting of Iranian Foreign Minister Mohammad Javad Zarif with his Tajik counterpart Sirodjidin Muhriddin in Tehran on June 2019 further evidenced the rapprochement in relations. In addition, the fact that Tajik FM Sirodjidin Muhriddin preferred to meet with his Iranian counterpart instead of participation in the scheduled in advance foreign ministers summit of the Organization for Islamic Cooperation held in the Saudi city of Jeddah signaled changing priorities of the Tajik government. During the meeting of Foreign ministers, they negotiated on the enhancement of political, parliamentary and economic relations, while signed a memorandum of understanding in the field of security [MFA Iran, 2019]. Prior to that, Iran’s Foreign Minister Javad Zarif also had visited Dushanbe. Arrangements of the heads of foreign affairs were lead to the preparation of the visit of the Iranian president to the Tajik soil within the CICA summit, in addition to the negotiations within the SCO summit in Bishkek several days ahead of CICA summit.

Thus, Tajikistan and Iran are stepping towards a new direction of cooperation, which is concentrated on more non-ideologic and interest-based approach. However, IRPT remains a stumbling block of Tajik-Iranian relations, since Dushanbe continuously requesting to recognize the IRPT as a terrorist organization, on which Tehran do not rush into a decision. IRPT is the pro-Iran Islamist group that helped Tehran to have a good image in mostly rural areas, which subsequently Tajik authorities tried to change [Rahimi, 2019]. Either way, both states at the current geopolitical situation, Iran’s escalation of tensions with the United States and Tajikistan with its policy to use transit potential are interested in the implementation of connection through the Chabahar port, which will be an efficient route of export that could be connected through the North–South Transport Corridor. Besides Chabahar, Iran and Tajikistan had established good business connections, which is expected to resume with the restoration of bilateral political contacts. Consequently, the recent attempts to recover relations between two Farci-speaking countries gives hopes for both sides not only to recover but also to improve bilateral cooperation.

Fergana (2019). Tajik Foreign Minister called point of reference in deterioration of relations with Iran. Retrieved from https://fergana.agency/news/105122/. Accessed on 16.07.2019

Lemon Edward, Rahimi Omid (2019). A Thaw Between Tajikistan and Iran, But Challenges Remain. Retrieved from https://jamestown.org/program/a-thaw-between-tajikistan-and-iran-but-challenges-remain/. Accessed on 16.07.2019

Rahimi Omid (2019). Iran and Tajikistan – Towards Pragmatic Relations? Retrieved from https://www.globalresearch.ca/iran-tajikistan-towards-pragmatic-relations/5681748. Accessed on 16.07.2019