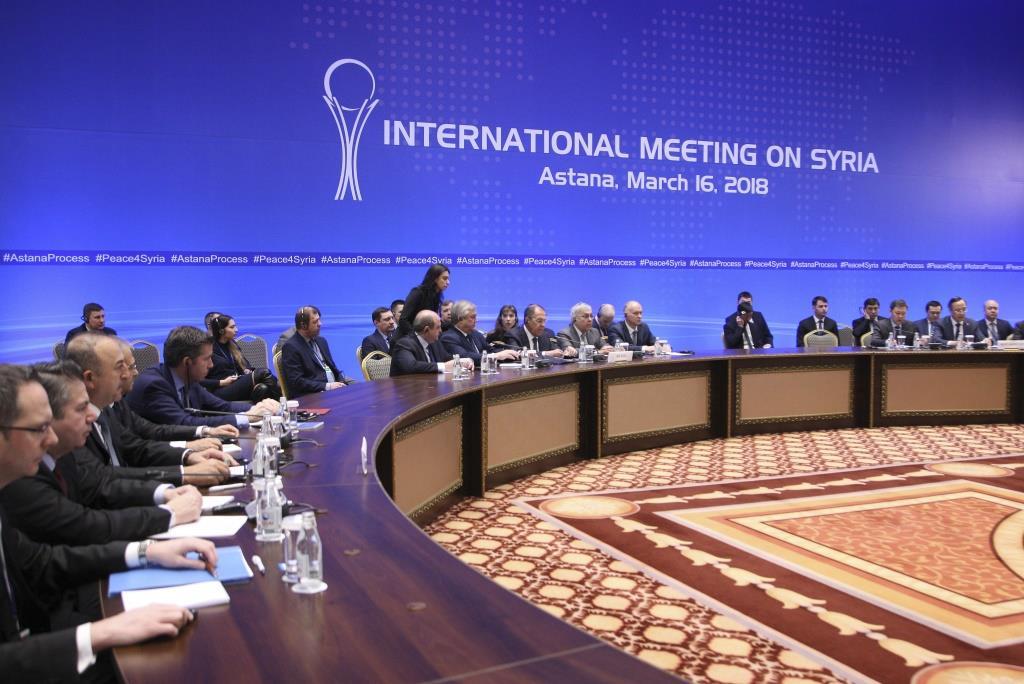 The end of a calendar year is always a time when results and achievements of an outgoing year are summarized and assessed. This article attempts to highlight important events for Kazakh diplomacy in 2018 and strives to understand what the country’s foreign policy has lost or gained.

The first notable event is, undoubtedly, Kazakhstan’s presidency in the UN Security Council (UNSC) that has become the culmination of the country’s two-year UNSC non-permanent membership, which started in 2017. The UNSC presidency rotates among its members each month, and Kazakhstan’s turn came in January 2018. For Astana, the UNSC membership was both a big challenge and the greatest foreign policy achievement since independence, and even the 2010 chairmanship in the Organization for Security and Co-operation in Europe (OSCE) is no match for this. The levels of decision making at these two institutions are disproportionately different, therefore Kazakhstan’s responsibility for its actions at the UNSC has been significantly higher.

Kazakhstan has positioned its chairmanship as a “voice” of all the countries of Central Asia, making peace settlement in Afghanistan one of the main directions of its work since stability in this country is necessary for the security of the entire Central Asian region. As part of this task, Kazakhstan initiated the adoption of the special statement which emphasizes the importance of all types of cooperation for ensuring long-term peace, stability and sustainable development in Afghanistan and Central Asia. Moreover, Kazakhstan organized a visit of the special UNSC delegation to Kabul in January 2018, which was the first such trip since 2010. During the visit, the representatives of the UNSC member states identified the areas of work which need additional support from the UN.

At the same time, Kazakhstan continued promoting the initiative to adopt a Code of Conduct towards Achieving a World Free of Terrorism proposed by President Nazarbayev in September 2015, and exactly three years later the code was signed by more than 70 states. The document is expected to facilitate further consolidation of international efforts in fighting against terrorism and preventing violent extremism. Simultaneously, Kazakhstan plans to realize its statement about representing entire Central Asia through opening a UN regional hub in Almaty that would promote the implementation of sustainable development goals in the region until 2030.

Another priority of Kazakhstan’s work in the UNSC was the promotion of the non-proliferation of weapons of mass destruction (WMD) and the adoption of a conflict prevention strategy. In addition to special briefings held on these topics, the key event of Astana’s UNSC presidency was a high-level thematic briefing chaired by Nursultan Nazarbayev. Speaking at the event, the president put forward a number of proposals for improving the situation in the non-proliferation area: making a withdrawal from the Treaty on the Non-Proliferation of Nuclear Weapons (NPT) more difficult and introducing effective coercive measures against NPT violators; developing a mechanism for applying measures against the WMD acquisition and proliferation; building confidence between states involved in regulating non-proliferation issues; establishing new nuclear weapons-free zones; and strengthening control over the creation and proliferation of new military and information technologies [Akorda, 2018].

In general, during its membership in the UNSC, Astana was able to maintain neutrality in all key geopolitical fault lines between the major players. Kazakhstan was considered as an ally of Russia in the Security Council, but, probably, Kazakh diplomats have managed to convince the international community that this is not entirely true. At the same time, it is still early to say whether Astana has achieved the status of an honest “broker” as only time and other international stakeholders’ attitudes towards Kazakhstan will show this. On the other hand, it seems, Kazakhstan has convinced every UNSC member of the complete personification of its foreign policy as the country’s every initiative is closely associated with the name of its president.

The second significant event of the year was the Fifth Caspian Summit in Aktau, where in August the Caspian littoral states signed the Convention on the Legal Status of the Caspian Sea – the largest closed water reservoir in the world. Azerbaijan, Iran, Kazakhstan, Russia, and Turkmenistan had been trying to reach an agreement on the sea’s status since the collapse of the USSR. In brief, Iran wanted the Caspian Sea to be considered a lake and divide it equally among the parties, while the remaining states wished to apply the law of the sea – with each country possessing its coastal sector and the rest of the sea being in common use. Eventually, the parties agreed to establish 15 nautical miles of territorial waters under the sovereignty of the coastal states and the 10 nautical miles-wide fishery zones, while the outside water area and aquatic biological resources will be jointly owned by the five countries. The division of the sea bottom and subsoil resources is regulated by agreements of the adjacent and opposite states. One of the key provisions of the convention is a ban on the military presence of non-regional countries in the Caspian Sea, with responsibility for maintaining security resting with the state parties to the Convention [Parkhomchik, 2018]. Overall, the convention was beneficial for Kazakhstan as it meets the country’s interests and opens the way for more effective cooperation among the Caspian states.

The third event worth mentioning was the continuation of the Astana peace process on Syria. It should be recalled that the Kazakh side only provides a platform for negotiations and does not participate in them. The talks began in January 2017, and in 2018 three meetings of the Astana format were held – two in Astana in May and November and one in Sochi in July [PressTV, 2018]. Towards the end of the year, the negotiations in Astana attracted particular interest after the United States proposed to end them citing their ineffectiveness, but the Kazakh side stated that “the Astana process fully justifies its mandate” [Kazpravda, 2018]. It is important to note that the Astana talks on a peaceful settlement in Syria were proposed to supplement the Geneva platform. If negotiators in Switzerland intended to mainly discuss political issues, the platform in Kazakhstan has mainly regarded technical issues, such as the de-escalation zones. The main outcome of the Astana process was the creation of four such zones – in southern Syria, in East Ghouta, in the north of the Homs province and in the Idlib province [Zakon.kz, 2017]. At the same time, the Russian side tried to transfer the negotiations to its territory by considering a number of issues from the Astana agenda at the Sochi talks, but Moscow’s involvement in the Syrian conflict and the neutral status of Kazakhstan made inevitable the return of the negotiations to Astana.

There is no doubt that the Astana process strengthened to some extent Kazakhstan’s international status, realizing its task of building the image of an honest “broker”. However, it is difficult to say whether this can convince the key players in the world arena. Perhaps, as long as Kazakhstan remains a member of the EEU, which is considered by many as Russia’s geopolitical project, it will be difficult for Astana to persuade outside observers of its equidistance from the global centers of power, but this does not mean that the Kazakh government should not do so.

The fourth significant event of 2018 was the further development of relations with Uzbekistan, which contributes to establishing the foundation for a new format of cooperation. Uzbek President Shavkat Mirziyoyev tends to demonstrate openness in foreign policy and take dividends from the processes of globalization. He is ready to carry out economic transformations to create a market economy. For Kazakhstan, this poses certain risks but also offers opportunities as the two countries may start competing for foreign investment, and each has its own competitive advantages. On the other hand, Kazakhstan and Uzbekistan are stepping up cooperation in the field of tourism: they have already agreed on the mutual recognition of the visa regimes initiating the Central Asia analogue of a Schengen visa [Informburo, 2018]. The relevant agreement was signed at the first Kazakhstan-Uzbekistan interregional forum, which was held in Shymkent.

More intensive cooperation between Kazakhstan and Uzbekistan can at last open the southern routes for regional trade. The situation in Afghanistan is still far from stability, so the Kazakhstan-Turkmenistan-Iran railway can provide new markets for Uzbek goods. At the same time, Uzbekistan can use more actively the territory of Kazakhstan for trade with China until the China-Kyrgyzstan-Uzbekistan railway, which has already been in talks for a long time, is constructed.

To sum up, the year 2018 was not easy for Kazakhstan’s diplomacy, but it probably had a positive effect on the country’s position in the world. Now, with the recent expansion of the functional area of responsibility of Kazakhstan’s Ministry of Foreign Affairs, initiated by President Nazarbayev, the economization of foreign policy becomes a new priority task of Kazakh diplomacy.

1. Akorda (2018). Speech of President of the Republic of Kazakhstan N. Nazarbayev at the meeting of the UN Security Council “Non-proliferation of WMD: Confidence Building Measures”. Retrieved from http://www.akorda.kz/ru/speeches/external_political_affairs/ext_speeches_and_addresses/vystuplenie-prezidenta-respubliki-kazahstan-n-nazarbaeva-na-zasedanii-soveta-bezopasnosti-oon-nerasprostranenie-omu-mery-doveriya. Accessed on 20.12.2018.

3. Informburo (2018). Kazakhstan and Uzbekistan agree on mutual recognition of visas. Retrieved from https://informburo.kz/novosti/kazahstan-i-uzbekistan-dogovorilis-o-vzaimnom-priznanii-viz.html. Accessed on 20.12.2018