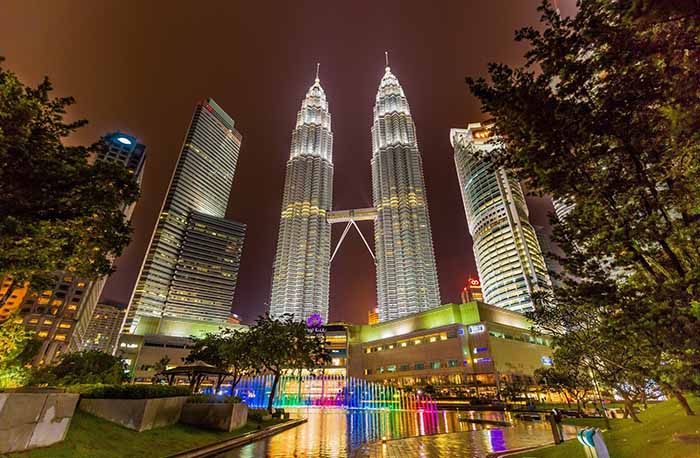 Since February 2020, a very complicated political crisis has been dragging on in Malaysia, the outcome of which is still not clear. The main reason for the conflict was a dispute over the transfer of power from former Prime Minister Mahathir Mohamad to Anwar Ibrahim, who has been trying to become the country’s prime minister for more than 20 years. Moreover, the political crisis erupted in a difficult period for the country, with the economic growth rate falling to a 10-year low of 4.3% [World Bank, 2020] even before the COVID-19 pandemic erupted. Most importantly, due to the country’s ethnically diverse population, this political crisis may lead to interethnic conflicts. The country is inhabited by ethnic Malays, Chinese and Indians, and various Austronesian peoples, and in the past, the resolution of ethnic and religious issues took violent forms. For example, in 1969, as a result of the riots in the country’s capital Kuala Lumpur, 200 to 600 people, mostly local Chinese, were killed, and about 6,000 residents lost their homes and property [Malaysiakini, 2019]. Often, elections become a pretext for exacerbating interethnic tensions, and in an unstable political situation and economic uncertainty, the risks of turbulence increase significantly.

The crisis began after 94-year-old Prime Minister Mahathir Mohamad unexpectedly resigned. The Malaysian monarch accepted the resignation but appointed Mahathir Mohamad as an interim prime minister. Most likely, by such a maneuver, Mahathir[1] as an experienced politician wanted to prevent his deputy Anwar Ibrahim to come to power, notwithstanding his promise to transfer power. The feud between the two politicians goes back to the 1990s: Anwar was the official successor to Prime Minister Mahathir until 1998 when he was fired and accused of corruption and sodomy. The reason for the disagreement was the controversy on measures to overcome the 1997 economic crisis and long-standing fears that Anwar too openly supported the political Islam ideology, which worried the elites of the national minorities. As a result, Anwar spent six years in prison. The Malaysian Supreme Court released him in 2004, removing all charges. In turn, Mahathir Mohamad was on political retirement after 2003 but returned to politics unofficially in 2015. In 2018, he unexpectedly entered into a political alliance with Anwar Ibrahim, who was again in prison at that time because of a new sodomy charge. Mahathir and Anwar reached an agreement about a joint struggle for power [Straits Times, 2018a].

In the 2018 parliamentary elections, the opposition coalition organized by Mahathir Mohamad and Anwar Ibrahim, Pakatan Harapan (Alliance of Hope), defeated Barisan Nasional (National Front), which had ruled Malaysia for the past 60 years. Pakatan Harapan was able to win the general elections amid the largest corruption scandal surrounding the country’s sovereign investment fund. In particular,  the investigation established that Najib Razak, former Barisan Nasional leader and Prime Minister, had misappropriated $700 million from the fund. 92-year-old Mahathir Mohamad rendered significant help to the opposition by gathering the votes of various ethnic groups who saw him as a guarantor of interethnic stability. In addition, as part of the agreement with Anwar Ibrahim, who was released from prison shortly after the elections, Mahathir promised to transfer the prime ministerial post to him. It is noteworthy that Anwar’s Party of Popular Justice won the most seats in the parliament [Aljazeera, 2020a].

At the end of 2019, Barisan Nasional began a regrouping of forces, reaching an agreement with Malaysia’s nationalist parties and creating the new Muafakat Nasional (National Concord) alliance [Mohsin, 2019]. This coalition was formed by two of the largest Malaysian Muslim parties – the United Malays National Organization and the Pan-Malaysian Islamic Party. The goal of the new alliance is to reform the country based on the interests of the Muslim majority. Moreover, the new coalition opposed Anwar and pressed Mahathir to complete the full term of the premiership before the next general elections in 2023, arguing that Anwar could become prime minister only if he won them. This position of Muafakat Nasional was largely due to the past of Anwar Ibrahim. One of the leaders of Muafakat Nasional, Abdul Hadi Awang,  and Anwar were in the leadership of the same party, Angkatan Belia Islam Malaysia, but in 1982 Anwar left the party and joined Mahathir Mohamad [Tyurin and Tsyganov, 2010].

Eventually, in February 2020, the formation of the new ruling coalition collapsed after Mahathir Mohamad mentioned that he was planning to leave his post only after the November 2020 APEC summit. After that, some of the parliament members withdrew from the ruling coalition. This breakaway group was headed by Anvar’s ex-deputy Mohamed Azmin Ali. Interestingly, even now it is impossible to give a clear answer about which side started the split. According to the country’s constitution, if the parliament is not dissolved after the collapse of the ruling coalition, the head of state, the Malaysian monarch, plays the major role in the selection and appointment of the prime minister. The king, Sultan Abdullah, first appointed Mahathir Mohamad as acting prime minister, but then, after consultations with the parliament, he appointed Muhyiddin Yassin as the eighth prime minister of Malaysia.

However, Anwar and Mahathir, after joining the opposition, expressed doubts that the new prime minister had the necessary support in the parliament and demanded a vote on this issue at a special session, but Muhyiddin canceled this session. It is worth mentioning that the COVID-19 pandemic significantly helped Muhiddin as it became a legal reason for canceling parliamentary sessions, thus paralyzing opposition resistance. In the period between February and May 2020, Muhiddin Yasin negotiated with representatives of the Malay-Muslim parties and created the National Alliance (Perikatan Nasional) [Straits Times, 2020b]. In turn, at the first post-coronavirus session of the parliament on May 18, Mahathir Mohamad proposed a vote of no confidence in the Prime Minister. However, Muhyiddin Yassin replied that the deputies would gather only for the king’s opening speech, while all other issues were postponed to the next session, which will be held from July 13 to August 27 [Aljazeera, 2020b]. As a result of his refusal to support the prime minister’s coalition, Mahathir Mohamad was expelled from the Bersatu party (Malaysian United Indigenous Party), which he co-founded in 2016. However, Mahathir still has support from the ethnic minority elites who fear that the ruling party will only protect the interests of the Muslim majority. Ethnic Chinese have significant financial resources, while other minorities can exert significant influence on different constituencies. Therefore, Mahathir Mohamad cannot be dismissed entirely as a political figure as he can still gather support for Anwar Ibrahim. For example, Mahathir can give some guarantee that Anwar will be less threatening to the interests of minorities than the current prime minister.

Currently, the political parties prepare for the opening of parliamentary sessions. At the moment, one can observe the strengthening role of the Malay-Muslim majority, whose support is associated with the strengthening of the nationalist rhetoric. For Malaysia as a federal state with a complex history of interethnic relations, this can become a threat to its integrity. In 1965, Singapore separated from Malaysia precisely because of ethnic issues [Economist, 2015]. The political crisis may also lead to the strengthening of the institution of the Sultans, the rulers of the Malaysian states, as the king constantly tries to obtain new powers from the parliament for the sultans and himself. However, a further strengthening of this institution can harm a balance between the branches of power, and in the context of the complex Malaysian governance system, this can damage the country’s democracy. For example, it is difficult to assess the role of the king in this crisis since it is not clear why he did not resort to the dissolution of the parliament or why he changed his decision on the new prime minister so quickly. If people start to view the king’s decisions as support of nationalists, then the monarch may lose the role of the independent arbiter, guardian of cultural diversity, and protector of people.

Economist (2015). How Singapore gained its independence. Retrieved from https://www.economist.com/the-economist-explains/2015/03/22/how-singapore-gained-its-independence/. Accessed on 28.06.2020.

Straits Times (2018a). PM Mahathir says he will honor agreement to hand power to Anwar after two years. Retrieved from https://www.straitstimes.com/asia/se-asia/pm-mahathir-says-he-will-honour-agreement-to-hand-power-to-anwar-after-two-years. Accessed on 28.06.2020.

Straits Times (2020b). Muhyiddin allies agree to formalize Perikatan Nasional but no electoral pact insight. Retrieved from https://www.straitstimes.com/asia/se-asia/muhyiddin-allies-agree-to-formalise-perikatan-nasional-but-no-electoral-pact-in-sight. Accessed on 28.06.2020.

[1] Ethnic Malays use a personal name followed by a patronymic name and do not have family names. When someone is referred to using only one name, the first name is always used.