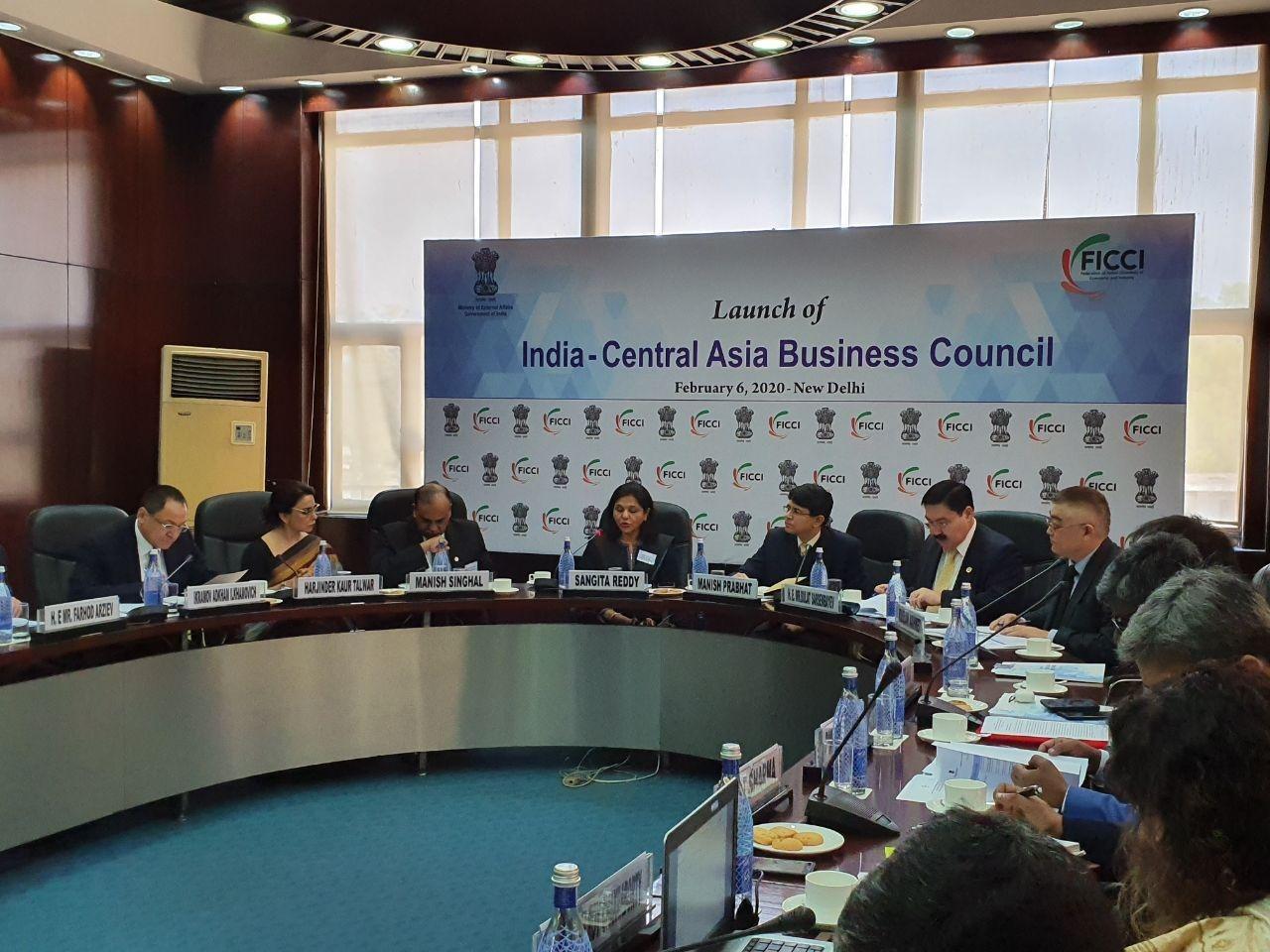 On December 19, 2021, the first time after the COVID-19 breakout, Ministers of Foreign Affairs of India and Central Asian states met in New Delhi for the third meeting of the India-Central Asia Dialogue. The dialogue meeting was chaired by the Minister of Foreign Affairs of India, Dr S. Jaishankar. Among the major highlights of the meeting could be mentioned an invitation for Central Asian Heads of States to join the Republic Day of India 2022 as chief guests [Haidar, 2021], which demonstrates the degree of importance of the Central Asian region in the foreign policy of India.

During the meeting, sides highlighted the “civilizational, cultural, trade and people-to-people linkages”, and appreciated the signing of the Memorandum of Understanding for implementation of High Impact Community Development Projects (HICDPs) for socio-economic development in Central Asian countries assisted by the Indian government. Parties also endorsed the intention of India to provide a $1 billion Line of Credit for infrastructure projects in Central Asia. In addition, sectors such as pharmaceuticals, information technology, agriculture, energy, textiles, gems and jewellery were identified as priority sectors for increased cooperation and investment, for the implementation of which cooperation between the regions of Central Asia and the states of India is encouraged [MEA India, 2021].

The Taliban takeover of Afghanistan stepped up the importance of the Central Asian region in India’s foreign policy. Maintaining regional security is among the key concerns of India that threatens the spread of extremism and terrorism in the region through Afghanistan. India aims to strengthen its proactive diplomacy, including with Central Asia, where Uzbekistan, Tajikistan, and Turkmenistan have common borders with Afghanistan. Prior to the dialogue, on November 10th 2021, India’s National Security Adviser Ajit Doval hosted the Delhi Regional Security Dialogue on Afghanistan, where in addition to Central Asian Defense Ministers, Russia and Iran Ministers joined the discussions over Afghanistan’s multidimensional crisis [Chaulia, 2021]. Noteworthy, Central Asian states have different approaches towards the Taliban region. If Tajikistan held the toughest position on the Taliban government, advocating the creation of the security belt around Afghan borders, Uzbekistan and Turkmenistan resumed their missions in Afghanistan. Parties also raise the Afghanistan issue within the Shanghai Cooperation Organization, where all are members.

With the absence of common borders, dialogue partners are also interested in improving connectivity initiatives such as the Ashgabat Agreement and the International North-South Transport Corridor (INSTC). In addition, the Shahid Beheshti Terminal at Chabahar Port was mentioned to facilitate trade and logistic possibilities of regional cooperation. During the meeting, parties agreed to establish joint working groups to deepen connectivity between states and to promote business contacts.

India despite establishing strategic partnership ties with Kazakhstan, Uzbekistan, Tajikistan and Kyrgyzstan still have small trade turnovers. The overall trade between India and Central Asia is around $3 billion, with Kazakhstan sharing over $2.5 billion of trade [Sachdeva, 2021]. Hence, strengthening business and investment ties is among the key issues for improving bilateral and regional ties. The India-Central Asia Development Group and India-Central Asia Business Council proposed during the maiden India-Central Asia Dialogue in Samarkand were established to strengthen such gaps. B2B meetings within the dialogue also envisioned to become a platform to interact between businessmen and to attract mutual investments. At the present dialogue meeting, parties also proposed to establish specific cooperation areas in the field of renewable energy, finances, digital and other technologies.

India’s Central Asian outreach was formed within the “Connect Central Asia” policy launched in 2012 that was designed to enhance cooperation and sustain India’s economic, energy and security interests. However, due to “bureaucratic technicalities and policy inaction” it is difficult to state that regional ties are successfully being realized within the schemes of this policy [Stobdan, 2020]. Visit to all Central Asian states by Prime Minister Narendra Modi in July 2015 meanwhile revitalized regional cooperation between states and impacted trade dynamics. Since then, institutional efforts have been successful in organizing a dialogue meeting between foreign ministers, other regular meetings between ministers and business representatives.

The importance of the Indian Technical and Economic Cooperation Programme (ITEC) was also stressed in the joint statement. Given the success of capacity building programs within the ITEC program, India proposed to increase the slots for Central Asians and organize customized training programs for Central Asian specialists [MEA India, 2021].

By and large, the dialogue meeting between Foreign Ministers signals the heightened importance of cooperation between India and Central Asian states. Especially given the regional outreach – inviting all Central Asian states to Republic Day in January 2022 – demonstrates India’s intention to deepen existing ties. Noteworthy, such privilege previously was granted to ASEAN leaders in 2018 [Haidar, 2021]. Hence, the Central Asian vector in India’s foreign policy is increasing, yet without a revision of India’s strategy towards Central Asia, it is difficult to expect progressive changes in regional and bilateral engagement. It should be mentioned that according to Indian experts, a major obstacle for realizing the full potential of regional interaction is underpinned by a lack of borders and hostility of Pakistan and instability in Afghanistan in providing that connection [Stobdan, 2020]. However, we could assume that India might consider other possibilities of interaction since the absence of borders has never become an obstacle for cooperation for instance for the European states. Given the geopolitical competition in the region, India’s aspirations for diversifying China’s influence, along with a historical legacy of regional cooperation, it can be assumed that more determined efforts of the Indian government, coupled with a welcoming policy of the Central Asian countries, could lead to more expanded and inclusive cooperation between Central Asia and India. Energy-rich Central Asian states are also interested in diversification of markets and realization of bilateral and regional cooperation with the large Indian market. Areas as IT services, largely undiscovered by Central Asian IT specialists, for instance, are potential areas of deepening cooperation.

Chaulia, S. (2021). What did the Delhi Regional Security Dialogue on Afghanistan Accomplish? Retrieved from https://thediplomat.com/2021/11/what-did-the-delhi-regional-security-dialogue-on-afghanistan-accomplish/. Accessed on 21.12.2021.

MEA India (2021). Joint Statement of the 3rd meeting of the India-Central Asia Dialogue. Retrieved from http://www.mea.gov.in/bilateral-documents.htm?dtl/34705/Joint+Statement+of+the+3rd+meeting+of+the+IndiaCentral+Asia+Dialogue. Accessed on 21.12.2021.

Sachdeva, G. (2021). Why India must re-work its Central Asia strategy. Retrieved from https://www.moneycontrol.com/news/opinion/why-india-must-re-work-its-central-asia-strategy-7854911.html. Accessed on 21.12.2021.