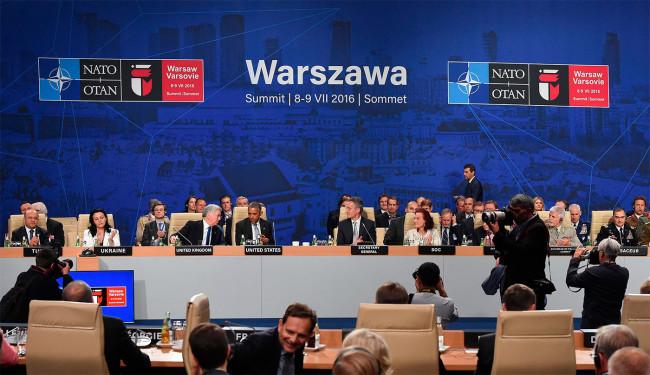 The 2016 Warsaw Summit of the North Atlantic Treaty Organization (NATO) will take place on July 8-9, 2016, in Poland. The Summit comes at a crucial time for the North Atlantic Alliance, as the global security aspects have shifted in both the East and the South during the last years. The Heads of the member state would once again come together to discuss the challenges that have been raised across the world, such as the Russian-Ukraine crisis,  aggravation between NATO forces and Russia in context of the Syrian crisis, and security challenges coming from terrorist organizations. Another major priority of the Summit’s agenda is to prevent the split among the NATO Allies as the fault line has already emerged.

Having celebrated its the biggest triumph over communism after the fall of the Berlin wall in 1989 foreshadowing the collapse of its long-standing enemy in the face of the Soviet Union, the NATO stands at the crossroad. With the annexation of Crimea and recurring tensions, arising from Russia-West relations as well as the emergence of asymmetric threats, which the NATO Deputy Assistant Secretary General for Emerging Security Challenges, Jamie Shea, describes as “weapons of mass disruption” referring to terrorism, drug trafficking and cyber-attacks, the strongest military alliance in the world has been trying to find the right formula to solve contemporary security dilemmas.

The last NATO Summit took place in Wales (Newport) in 2014 and came at the focal time reflecting on main regional and global security challenges. Through the adoption of the Readiness Action Plan, emphasizing on two main aspects “assurance measures” and “adaptation measures” became a timely initiative to strengthen a shared military vision as a response to current and potential threats. Yet acknowledging the significance of applied measures and concrete military strategies, the Readiness Action Plan neglects the role of NATO partners in short-term and long-term conflict resolution. (GOV.UK, 2014)

Since the collapse of USSR, NATO has faced the policy formation, as prior to 1989 it had shared one common enemy the Eastern Block. The main question arising in this respect is what policy NATO should form, as the members of organization do not follow the same coordination policies. Historically speaking, the scope of the allies’ commitment and its individual states’ responsibilities has been a relatively long-standing issue. The year after the Strategic Concept was adopted at NATO Lisbon Summit 2010, the former U.S. Defense Secretary, Robert Gates, criticized European allies for their lack of the continuous support as well as defense cuts, calling it as a “real possibility for a dim, if not dismal future for the transatlantic alliance”. Four years later, Jens Stoltenberg, newly appointed NATO Secretary General at Wales Summit, once again stressed upon the problem on lack of shared commitment against common threats among its members. (China Daily, 2011)

Still fully unresolved conflict in the Ukraine, which the former NATO Secretary General, Anders Fogh Rasmussen, described as “the gravest threat to European security since the end of the Cold War”, is a vivid example portraying discrepancy between NATO members, in particular how they perceive the Moscow’s actions. (The Telegraph, 2014)

Despite the fact that experts emphasized that Russia’s seizure of the Crimea and its influence over the pro-Russian rebels in the eastern Ukraine would consolidate all NATO members to take a common approach on this issue, members of alliance did not respond towards Kremlin’s actions in the same way; in fact, they had a different tone from member to member. For instance, Poland and Baltic states perceive assertive Russia’s policy in relation to Ukraine as a valid threat to their national security. France’s attitude is more pragmatic. Criticizing President Putin policies, Paris at the same time interested in peaceful resolution of the conflict. The United States is the only member who can implement decisive actions against Russia, while for countries such as Spain, Italy or Greece, their economic and political ties with Moscow are too valuable to be sacrificed. That is why it was highly unlikely to expect the same level of commitment from all members. In this respect, the Ukrainian case demonstrated that NATO is in need of third party mediation.

As Minsk agreements showed a certain hope for the demilitarization of Ukraine. Since Kazakhstan and NATO have been actively cooperating through Individual Partnership Action Plan (IPAP) within the framework of the Euro-Atlantic Partnership Council (EAPC). (NATO, 2015)

Kazakhstan should be considered as another actor who can positively contribute to solving emerged crisis. Firstly, Kazakhstan has historical and cultural bonds with Russia and Ukraine formed under the Soviet regime. Secondly, Kazakhstan has a well- established track of multilateral relations with Europe, USA and NATO. Thirdly, Kazakhstan has political experience heading international organizations such as Organization for Security and Co-operation in Europe (OSCE) and Organisation of Islamic Cooperation (OIC), and holding P5+1 talks around Iran’s nuclear program. Therefore, Kazakhstan as NATO partner possesses all needed tools to make a decisive contribution towards stabilization of situation in Ukraine. Moreover, Kazakhstan may promote mediation for NATO-Russia crisis solving.

To sum up, it is evident that military and political turmoil in Ukraine, NATO-Russia conflict in terms of Syrian crisis cannot be managed solely by NATO members. Considering the lack of trust between NATO and Russia, it is necessary to have a third party in this process. In this respect, the Readiness Action Plan, which is mainly comprised of new tactical military methods and approaches, at current format cannot be considered as a sufficient guide for a constructive conflict resolution plan without more active role of its partners. When it comes to the 2016 Warsaw Summit, the main emphasis should be put on the unification of the organizational policies. NATO should form closer cooperation through the prospects of global partnership with non-NATO states.