Quad’s Endeavors for a Free and Open Indo-Pacific 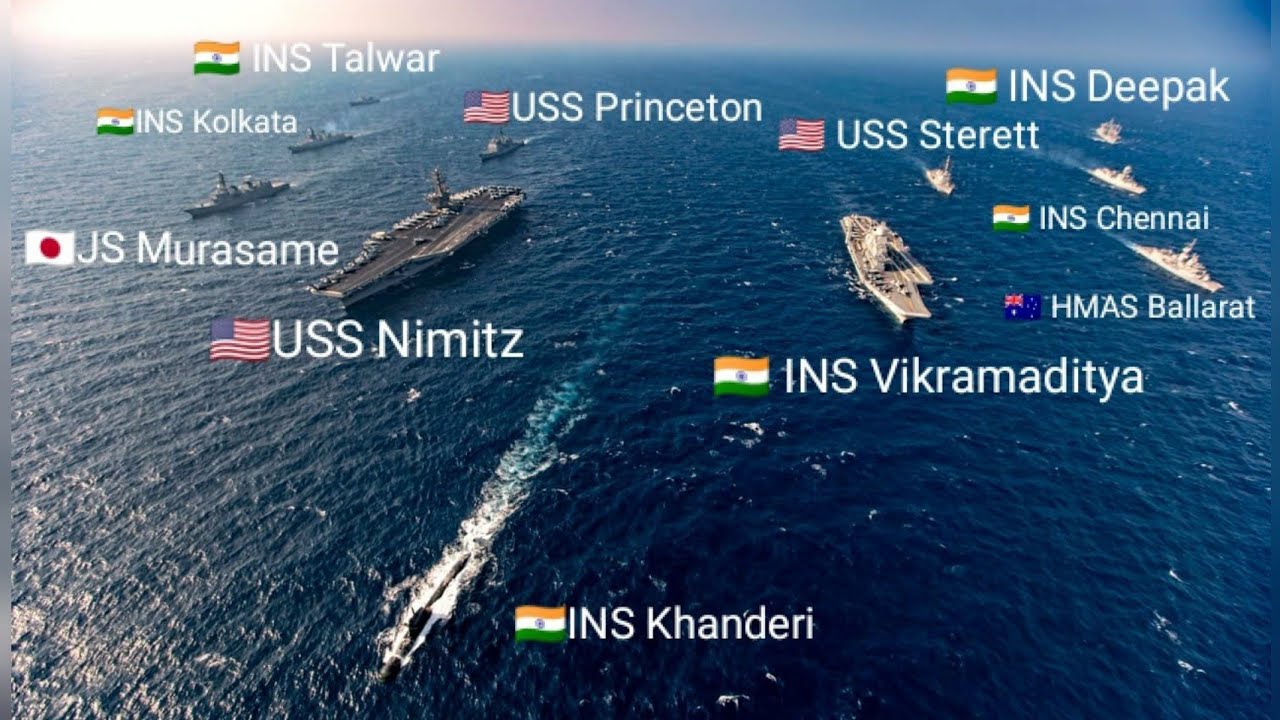 On March 12, 2021, the first summit meeting of the Quadrilateral Security Dialogue, known as Quad, for the first time had united all four national leaders of the group since its creation in 2007. By gathering leaders of the United States, Japan, Australia, and India, the meeting anticipated becoming an important milestone in the development of the quadrilateral alliance. Given the vibrant developments in the Indo-Pacific, such as the U.S.-China strains, China’s assertive diplomacy in the region, as well as an emerging policy of the newly elected US President Joe Biden, the Quadrilateral meeting indeed was foreshadowed by the new geopolitical agenda of the Indo-Pacific. However, the virtual talks were dedicated to the issues of vaccination, climate change, and technology development, while the core issues as security arrangements were missed.

The informal strategic dialogue from the beginning was widely viewed as a counterbalance to China’s growing power in the Indo-Pacific. It was proposed as part of Japanese Prime Minister Shinzo Abe’s “Arc of Democracy”, which covers “virtually all the countries on China’s periphery, except for China itself” [Ching, 2008]. China was seen as a strategic challenge that brought Quad members together to jointly address maritime security issues in the Indian and Pacific Oceans. Yet, the Quad was forced to freeze its dialogue for almost a decade due to the decision of Australia’s then-Prime Minister Kevin Rudd to withdraw in 2008, when he leaned towards rapprochement with Beijing, avoiding possible irritations with China due to the arrangements within the Quad. The group revived only in 2017, during the ASEAN Summit that rejoined all partners of the alliance. Since then, the Quad had held semi-regular meetings, whilst since 2019, the dialogue was upgraded to the ministerial level when the foreign ministers of four countries met on the margins of the UN General Assembly session in New York. Hence, the last meeting was the first time when all four heads of government met together.

The Quad is sometimes assumed as an “Asian NATO” due to its joint military exercises called the “Exercise Malabar”, where the United States, Japan, and India as permanent partners and Australia since 2020 (after 13 years of break) held joint drills. The agenda of Malabar includes joint naval exercises, disaster relief, anti-piracy efforts, and environmental initiatives [Ye Hee Lee, Slater, 2021]. The naval exercises were proposed based on the already existing Malabar exercise framework between the Indian and U.S. navies, whilst beside the four partners, Singapore once participated during the major naval drills. The Chinese claimed a protest to Malabar in 2007, as a result of which Australia backtracked from the Quad and Malabar simultaneously. The U.S., India, and Japan, in the meantime, continued to exercise trilaterally until the return of Australia in 2020 [Rawat, 2020]. Hence, Australia’s return to Malabar 2020 naval exercise was viewed as a revival of grouping that raised fresh hopes of reestablishing joint regional agenda in the Indo-Pacific.

Overall, the decision of Australia to rejoin the forum and revival of the Quadrilateral dialogue was underpinned by the strategic challenges coming from Beijing, including aggressive territorial claims in the South China Sea, posing potential obstacles to freedom of navigation, using debt traps to influence foreign states and the activities within the Belt and Road Initiative [Rawat, 2020]. At the same time, President Biden’s attempt to impose his pragmatic approach on Quad without promoting an anti-Chinese orientation suggests that the Quad will become a key component of the US strategy in the Indo-Pacific region, through the promotion of its so-called “soft” potentials [Rej, 2021].

As a result, the first quadrilateral meeting was focused on “the economic and health impacts of COVID-19, combat climate change, and address shared challenges, including in cyberspace, critical technologies, counterterrorism, quality infrastructure investment, and humanitarian-assistance and disaster-relief as well as maritime domains” [The White House, 2021a].

In order to implement such goals, the Quad Vaccine Partnership was established that will take shared actions to expand COVID-19 vaccine manufacturing to assist countries in the Indo-Pacific with vaccination. In particular, Indian companies would manufacture the COVID-19 vaccines of the US companies, and the U.S., Japan, and Australia would provide financial support for that. The members committed to producing at least 1 billion doses of COVID-19 vaccines by the end of 2022, with a focus on vaccination in Southeast Asian countries. Besides, the senior-level Quad Vaccine Experts Group would be launched that expects to support Quad cooperation in the long term by providing scientific support for the implementation of vaccination schemes and further related cooperation. The Quad Climate Working Group is another new initiative of the gathering that was established to work together on the issues of climate change, mitigation, adaptation, resilience, technology, capacity-building, and climate finance. The Quad Critical and Emerging Technology Working Group was designed to encourage technology development and facilitate cooperation to monitor trends and opportunities related to developments in critical and emerging technologies [The White House, 2021b].

Apart from that, partners discussed the issues related to the rules-based maritime order in the East and South China Seas, commitment to complete denuclearization of North Korea, and an urgent need to restore democracy in Myanmar [The White House, 2021a].

From the released joint statement, the dialogue, despite its core idea to become a counterweight to China’s activities, had mitigated their common rhetoric towards Beijing. Considering that for all four, China is among the top trading partners and all of them are heavily dependent on China’s supply chain, the risk of irritating Beijing was alleviated, at least within the framework of Quad.

In addition, given the recent border tensions between China and India, India does not want to jeopardize its relations with Beijing because of Quad activities and New Delhi does not seek to complicate its engagement with Beijing. Besides,  India could not consider itself as a full-fledged ally of the U.S, in comparison to Japan and Australia. Hence, taking into account peculiarities of each country’s relations with Beijing, the Quad meeting was focused on the issues as economic and health-related impacts of COVID-19 and technological developments for a free and open Indo-Pacific, blurring the mentions on maritime security in the Indo-Pacific region.

The White House (2021a). Quad Leaders’ Joint Statement: “The Spirit of the Quad”. Retrieved from https://www.whitehouse.gov/briefing-room/statements-releases/2021/03/12/quad-leaders-joint-statement-the-spirit-of-the-quad/. Accessed on 18.03.2021.