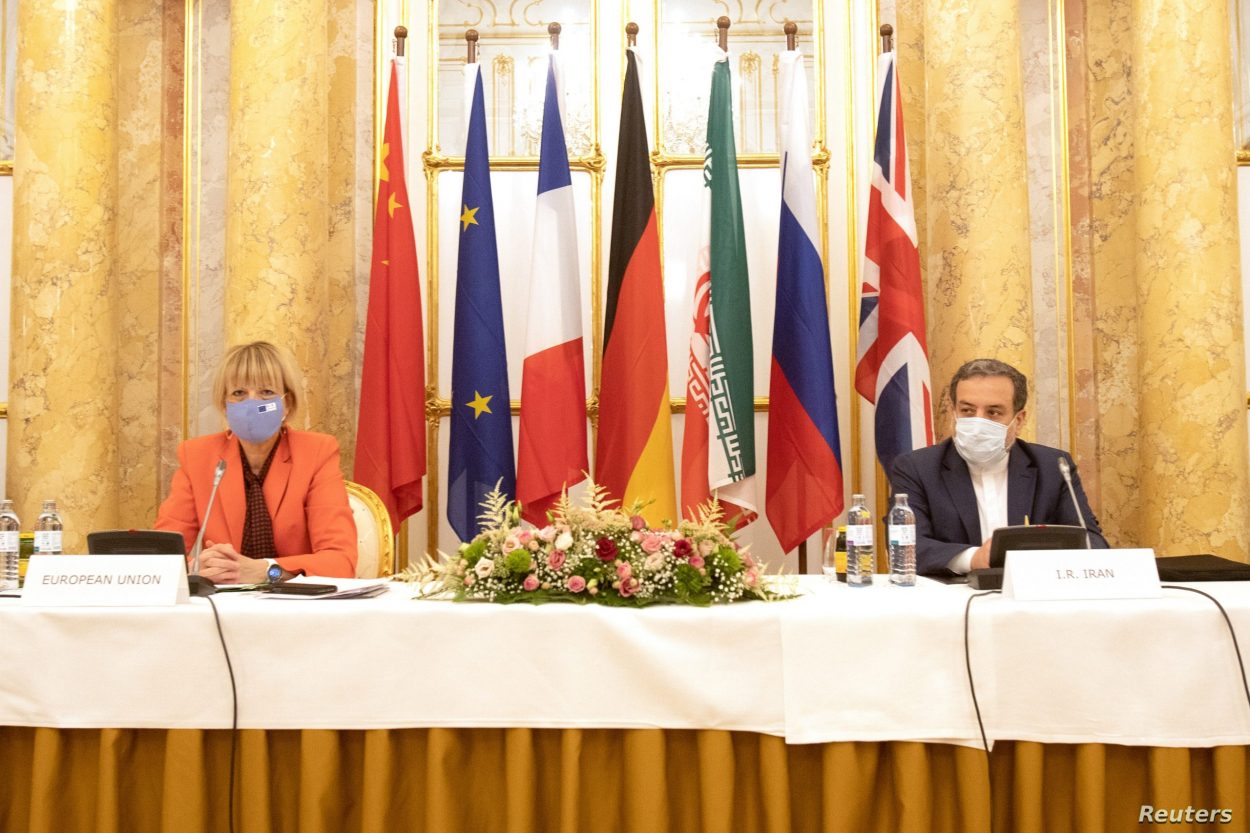 Iranian nuclear program began in the 1950s in the framework of the United States of America’s (USA) “Atom for Peace” program. With the 1979 Iranian revolution, USA’s support was halted and Islamic Republic of Iran (IRI) continued to develop its nuclear program itself. However, since the Iranian nuclear program was assumed to be the production of nuclear weapons by the West, particularly the USA and the European Union (EU), various negotiations were held until 2015 and sanctions were imposed on the Tehran administration for many years. On 14 July 2015, a comprehensive 25-year nuclear agreement, which was called as “Joint Comprehensive Plan of Action” (JCPOA) was signed between Iran and the permanent members of the United Nation Security Council (UNSC) (USA, Russian Federation, United Kingdom, France, and China, shortly P5+1) and Germany, which stated that “Iran’s nuclear program would be exclusively peaceful” (Joint Comprehensive Plan of Action, 2015). Exactly five years have passed since the entry into force of the JCPOA to resolve the situation around the Iranian nuclear program. The embargo on supplies to Iran, as well as exports from that country, of conventional weapons expired on October 18 (Karimi, 2020). Previously, “direct or indirect supply, sale or transfer to Iran or for use in Iran of battle tanks, armored combat vehicles, large-caliber artillery systems, combat aircraft, combat helicopters, warships, missiles or missile systems” was possible only with the permission of the UNSC in each case. De facto, Iran was under a full arms embargo. These restrictions became part of Iran’s voluntary commitments for the early completion of negotiations on the conclusion of the JCPOA.

On October 14, President of Iran Hassan Rouhani congratulated the country’s population on the imminent lifting of the arms embargo and said: “For those who doubt what the nuclear deal has brought us, this is one of its results. Starting from Sunday, we will be able to sell weapons to whoever we want and buy from whoever we want” (Mehdi, 2020). Tehran does not hide that interested in the supply of weapons, primarily from countries that have made a key contribution to the preservation of the JCPOA after the USA withdrawn from it in 2018. Need to remind that the agreement which was made in Barack Obama’s administration term was repeatedly criticized by newly elected President Donald Trump in 2017. President Trump, who considered it as the worst agreement of history, declared that the USA had left the agreement on 8 May 2018 and anti-Iranian sanctions were restored in November, including a ban on the purchase of oil. The decision of the USA was met with disappointment by Iran and the other members of the P5+1, who stated that they would endeavor to maintain the deal without US participation (Iran’ Nuclear, 2020). Mona Makram-Ebeid, a Former Member of Egypt’s Parliament, Professor of Political Science at the American University in Cairo said that Tehran is a major threat in region, especially because of its support for Hamas in neighboring Gaza, but expressed why the negotiations that Obama started were rejected by Trump so much (Marx, 2020).

In August, the United States submitted to the UNSC an extension of the restrictions “until the Council decides otherwise”. During the voting, the document did not receive the required number of votes: only the USA and the Dominican Republic voted for it, Russia and China opposed it, and countries like, France, The United Kingdom (UK), Belgium, Germany, Vietnam, South Africa, Indonesia, Niger, Saint Vincent and the Grenadines, Tunisia and Estonia abstained (Security Council Announces Failure to Adopt Text on Iran Sanctions by 2 Against, 2 in Favour, 11 Abstentions, 2020). In this case, it can be said that the votes of European countries are very effective in the decision taken. UK, France and Germany all agreed with USA concerns about Iran’s ability to buy weapons. But, being parties of the nuclear deal, they knew that the extension of the arms embargo would mean the end of the agreement.  IRI has warned that if the resolution is adopted, they will withdraw from the JCPOA. For EU countries, Iran’s exit from the JCPOA means that it may pose a greater danger by not fulfilling all the terms of the deal. According to the agreement, Iran had to restructure the reactor in Arak for conducting nuclear research for peaceful purposes and compliance with uranium enrichment limits to a level of not more than 3.67%. If Iran reaches more than this level of uranium enrichment capacity, will get the chance to make nuclear weapons and it will create more danger to the world.

Just a few days after the vote, the United States tried to take revenge. Secretary of State Michael Pompeo personally handed the UN Security Council chairman a letter informing him of the initiation of a “snapback” (a quick return to the previous stage of something) – as the United States calls the return of UN sanctions against Iran (Pompeo’s Attempt to “Snapback”.., 2020). This procedure is provided for in the JCPOA: if a party of the deal insists on returning the restrictions, then the sanctions are either automatically returned after 30 days or a resolution is passed to the Security Council to vote on extending the regime without sanctions. However, given the US’s withdrawal from the JCPOA, their appeal was not satisfied and 13 of the 15 Security Council countries opposed it. Even the traditional US ally, UK, in the person of Deputy Permanent Representative James Ruskoy, indicated that the “launch of the snapback” at the moment would be incompatible with the overall efforts to preserve the Iranian nuclear deal” (Weller, 2020). Tehran viewed the incident as a “historic defeat” for Washington (Rihan, 2020). In this case, the USA has further strengthened Iran’s hand with the exit from the JCPOA in 2018 and Iran seems to have gotten what it wants.

Nevertheless, realizing that the chances of their support in the UN Security Council tend to zero, on September 21, the United States imposed sanctions for the sale of weapons to Iran at the national level. President Donald Trump has signed a restrictive decree on those who will be involved in the supply of Iran with “nuclear technology, ballistic missile [production] technology and conventional weapons” (Statement by the President Regarding New Restrictions on Iran’s Nuclear, Ballistic Missile, and Conventional Weapons Pursuits, 2020). According to most experts like Ebeid, the reintroduction of US sanctions will not be effective in solving the problems under Iran’s nuclear program (Marx, 2020).

US President Donald Trump, speaking to supporters in Dayton, Ohio, said that if he wins the presidential election in November, Iran will sign a new agreement on nuclear weapons as soon as possible. According to the President, the current US administration wants that Iran to conclude this deal. He also stressed that “Washington wishes only the very best for Tehran and wants this country to be strong. “[But] they just can’t have nuclear weapons. That’s all. It’s very simple” (Trump Predicted a Call From Nine Seconds after Re-election, 2020).  As can be seen from this, if Trump is elected as President for the second time, he will draft a new agreement that prevents Iran from possessing nuclear weapons. On the other hand, US presidential candidate Joseph Biden is in favor of maintaining the “nuclear deal” with Iran and believes that the US should get the authorities of this country to return to its terms. According to Biden, as a result of the Trump administration’s policies, the United States “lost their positions” in the Middle East and “lost the support of its allies” (Karpov & Medvedeva, 2020). Judging by these statements, Biden will do its best to strengthen the current Iranian nuclear deal. It can be assumed that under the Biden presidency, how different the US relations with Iran could potentially be. Therefore, according to the US election results it will be possible to predict how much the US policy will change on Iran.