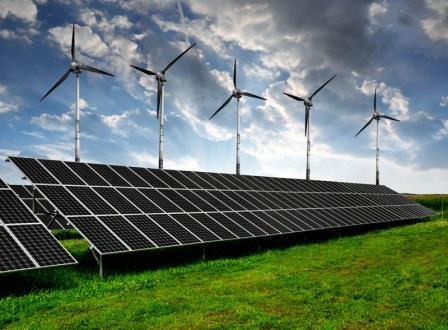 Iran has the fourth largest oil and second largest natural gas reserves. However, despite the rich hydrocarbon resources, lately, the country has shown a great interest in developing the renewable energy sector. In addition, under the Paris Agreement on climate change, Iran has made a commitment to decrease the amount of carbon dioxide (CO2) emissions by 4% using domestic investments in the amount of 17.5 million or by 12% with an aid of international investments totaling to $35 billion. In this light, Iran has to generate 7% of its electricity from renewable energy sources by 2020 (Khatinoglu, 2016).

Due to the use of fossil fuels, in 2014, Iran’s CO2 emissions were 602 million tons making the country the 10th largest CO2 emitter in the world. Energy sector of the country accounts for 33% of CO2 emissions in Iran (Khatinoglu, 2016). In this light, according to Iran’s sixth Five-Year Development Plan the country plans to produce 5000 MW of energy using renewables in the next five years. Moreover, the plan envisions promotion of renewable energy in order to ensure less environmental impact of the energy sector of the country.

The main reasons behind Iran’s interest in renewable energy development are improving energy security, reducing dependence on fossil fuels and meeting domestic electricity demand. Moreover, the country holds high hopes to become an energy hub that could export excess electricity to the neighboring countries. Besides, development of renewable energy is to attract foreign investments into the sector as obtaining financing for building power plants in Iran is the biggest challenge. The country has set investment goals of $10 billion and $60 billion by 2018 and by 2025 respectively, which used to seem too ambitious before the nuclear-related sanctions were lifted (Bizaer, 2016).

Nuclear-related sanctions as set by the Joint Comprehensive Plan of Actions (JCPOA) were lifted in January 2016. With the lift off sanctions the country has gained an opportunity to attract financing and new technologies. It has been reported that since then the amount of foreign investors has already increased. Moreover, the government of the country is taking extra measures to attract more investments.

In this light, the law regarding the energy sector and the investments was amended in 2015. In order to attract foreign investors the Renewable Energy Organization of Iran (SUNA) has made several improvements. SUNA is a subdivision of the Ministry of Energy which acts under “The Electric Holding Company of Generation, Transmission & Distribution Company” (TAVANIR) and was specially established for renewable energy issues. New energy tariff policy on the German equivalent, reduction of taxes down to 15% for companies using domestic products and increased purchase guarantee period from five to 20 years were introduced. There are couple exceptions to the length of the guaranteed purchase period though: power purchase is 10 years for hydropower plants, turbo expanders and waste recovery in industrial processes (Watson Farley & Williams, 2016). New feed-in tariffs differentiate depending on the type of technology (table 1). However, along with all the legislative efforts, first of all, Iran needs to have political stability in order to keep attracting foreign investments that would aid to develop the renewable energy sector of the country.

Iran has a great green energy potential due to its geographical location. In the period of 1950s to 2000s hydropower was rapidly developing, contributing 14% to the electricity generated in the country (Wheeler and Desai, 2016). However, due to recent drought conditions, the country had to sick for new sources of electricity generation. Currently, 200 MW of energy is produced by renewable energy sources, primarily by wind and solar energy sources (Bizaer, 2016). Wind and solar energy are the most popular renewable energies in Iran due to its topographical features.

The Iranian government prioritize wind energy over the other renewable energy sources due to the wind corridors of the country created by the Atlantic, Mediterranean and Indian Ocean currents. According to SUNA, Iran has a wind power capacity of 30 thousand MW (Watson Farley & Williams, 2016). There are already 15 wind farms in Iran and the country is interested in building more of them. So, in September 2015, German-Iranian GI Umweltconsult and the Government of Iran agreed to build a $46 million 48 MW wind farm in Khuzestan. Denmark is also interested in construction of a wind farm in Iran (Wheeler and Desai, 2016).

There is also a huge potential for solar energy generation. On average, Iran gets 300 days of sunshine annually (Wheeler and Desai, 2016). DNI (direct normal irradiation) in Iran is up to 5.5 kWh/sqm/day. Especially, central and southern regions of the country are prone to get high solar radiation of 5.2-5.4 kWh/sqm/day (Watson Farley & Williams, 2016). In the framework of the five-year plan, Iran aims to produce 500 MW of electricity using solar energy by 2018. Moreover, it is planned to build a 10 thousand “energy park” in Khuzestan with an additional 1000 MW solar capacity (Wheeler and Desai, 2016).

Geothermal energy potential of the country is also undoubtful. According to the studies at the Stanford University, Iran has 14 locations across the country that have a potential for geothermal energy production (Wheeler and Desai, 2016). Currently, 13 geothermal wells have been dug in the Meshkin Shahr in the northwestern part of Iran, five of them are to produce 5 MW (Khatinoglu, 2016).

Iran has high energy consumption and the demand is growing on a yearly basis. Electricity consumption of Iran is growing by 6.5% annually (Wheeler and Desai, 2016). It is predicted that the electricity consumption will reach 444 million MWh by 2030 (Green Power, 2016). Moreover, the outdated thermal power plants emit large amounts of CO2. In this light, shifting to green energy will aid Iran to reduce greenhouse gas emissions, to decrease domestic hydrocarbon demand and to attract private sector investments. To conclude, development of renewables in Iran is beneficial for both Iran and international investors. As a result of development of green energy in Iran, the country can reduce reliance on hydrocarbons for energy production, which would increase the amount of oil and gas exports and as a result, would positively affect the budget of the country, moreover, Iran would reduce the amount of CO2 emissions and develop in regards to new technologies and processes. On the other hand, foreign investors can gain from favorable geographical location of Iran in regards to renewable energy sites, new feed-in tariffs and high return rates.

Bizaer, M. (2016). Why renewable energy is booming in Iran. Almonitor, The Pulse of the Middle East. Retrieved from http://www.al-monitor.com/pulse/originals/2016/10/iran-renewable-energy-…

Khatinoglu, D. (2016). Iran to generate 7% of electricity from renewables, or face fines. Trend. Retrieved from http://en.trend.az/iran/business/2680790.html