What has Caused Unrest in Iran from Economic Perspective? 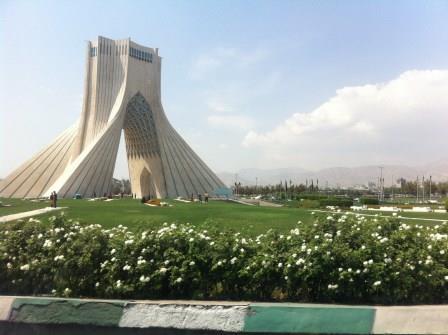 Despite the fact that the protests in Iran is not a rare phenomenon[1], the protest that began on December 28, 2017, in Mashhad unexpectedly sparked waves of unrest all across the country. Over two weeks, thousands of Iranians in more than 80 cities took to the streets to denounce high unemployment, inflation, and corruption, demanding decline in public spending for foreign military operations. In contrast to the protests against the 2009 Iranian presidential election results, there were no clear leaders of the current unrest. Rather than emerging from liberal Tehran, these protests appear to have originated in working-class conservative cities and towns in the Iranian provinces. The lack of clear political leadership during the unrest suggests that chanting anti-government slogans has never been the main objective of demonstrators. In fact, the number of supporters of Iran’s government who joined the pro-government rallies all over the country showed that so far there are no preconditions for the second Iranian revolution and regime change. However, the unexpected unrest clearly demonstrated the growth of a social pressure among the Iranian citizens.

The reelection of President Hassan Rouhani in May 2017, who promised that the 2015 Joint Comprehensive Plan of Action (JCPA) also known as Iran nuclear deal would revive the economy, showed that ordinary Iranians are still waiting for the lifting of international sanctions, increasing foreign investment, and rising standards of living. However, high expectations for a better life made Iranians less tolerant (New York Times, 2018) when the government fell short of meeting population’s needs. In fact, the deal has had a beneficial effect. Current statistics show that following the removal of nuclear-related international sanctions in early 2016 the Iranian economy strongly recovered. According to the Central Bank of Iran (CBI), the significant rise in oil production and exports[2] made it possible to increase the annual growth rate to 12.5% in March 2016-2017[3] compared to -1.3% in March 2015-2016. Exports and imports of goods and services grew by 41.3% and 6.1%, respectively. In fact, the oil sector registered a dramatic 61.6% growth last year, while GDP growth, without taking oil production into account, stood at 3.3%. Bearing in mind that under sanctions crude output fell to 2.5 million barrels per day (bpd) and exports were limited to just a few customers in Asia, recent oil production increase to 3.8 million barrels daily provided higher oil revenue and greater capital inflows in Iran (Financial Tribune (a), 2017). Indeed, Tehran hopes to return to the figures of the 1970s, when the country produced over 6.5 million bpd. However, under the OPEC oil cut deal, Iran has committed to keeping its production level constant at an average of 3.8 million bpd by March 2018.

On the other hand, due to oil prices drop from over $120 per barrel in mid-2014 to less than $30 per barrel in early 2016, the country’s oil revenues in the current fiscal year would stand at around $48 billion, compared to $95 billion and $69 billion from crude exports in March 2011-2012 and March 2012-2013, respectively. As a result, despite the fact that oil production is nearly at pre-sanctions levels and economic growth is on an upward trend, there is still a wide array of issues need to be solved in order to ensure a sustained economic recovery. In fact, economic liberalization reforms allowed to significantly decrease the inflation rates, which was handed to the incumbent president by his predecessor. For instance, after taking office Rouhani managed to gradually reduce inflation from 45% in March 2013-2014 to 9% in March 2016-2017 bringing it down to single-digit rates. However, it is expected that in March 2017-2018 the inflation would be around 10.5% (Knoema, 2017). Moreover, unemployment remains high and non-oil sector activity remains subdued. In fact, in March 2017-2018 the number of employed persons in Iran reached an all-time high of 23.3 million out of 80 million of the total population. On the other hand, the unemployment in Iran remains at double-digit rates, namely, more than 12% (World Bank, 2017), with extremely high youth unemployment rate, which reached an all-time high of 30.4% in March 2016-2017.

In fact, despite modest economic growth, the country is still facing a budget-deficit problem. According to CBI, the budget deficit over the first seven months of the current fiscal year (from March 2017 to October 2017) stood at 223.9 trillion rials ($5.3 billion). This is while overall revenues during the period amounted to 330.6 trillion rials ($7.9 billion), which is an 88.6% increase compared to the same period last fiscal year, while expenditures totaled 554.5 trillion rials ($13.25 billion), rising by 31.1% year-on-year (Financial Tribune (b), 2017). Moreover, the budget bill recently submitted to the parliament by President Rouhani clearly showed that the government is seeking new sources of revenue for its chronically under-funded budget. The document calls for restricting the number of cash subsidy recipients by eliminating of 34 million people from the list of cash subsidy receivers, which would allow saving 188 trillion rials ($4.47 billion). The 40% cut of cash subsidy receivers should reduce the government’s payment to 230 trillion rials ($5.46 billion) in March 2018-2-19 compared to 480 trillion rials ($11.39 billion) the government has to pay in the current fiscal year (Financial Tribune (c), 2017). In fact, since the removal of the subsidies on food and energy in 2010[4], nearly 95.21% of Iranians or 76 million people received the monthly grant of 455,000 rials ($10.8). However, the Rouhani government adopted a strategy of gradual reduction of the number of cash subsidy recipients. For instance, in January 2017 4.8 million people have been already removed from the list. Moreover, the government is also looking to raise energy prices by increasing gasoline price from 10,000 rials ($23 cents) to 15,000 rials ($35 cents) and diesel prices from 3,000 rials ($7 cents) to 4,000 rials ($9.5 cents) per liter, which will allow to earn 174 trillion rials ($4.14 billion). Furthermore, the budget bill provided for an almost threefold increase in so-called departure taxes[5] to around 2.2 million rials ($61.80) for a single trip outside the country, compared with the current fee of 750,000 rials ($21) (Jafari, 2017). The new fee is to rise 50% for the second trip and 100% for the third and subsequent visits.

This move coupled with other mentioned decisions was met with widespread public opposition. In fact, the recent budget bill tended to draw more criticism among the population than ever before. The situation is complicated by the fact that so far in Iran there is no reduction in spending on state companies, banks and for-profit organizations, including clerical authorities[6]. In fact, Iran’s total budget includes general revenues and special transfers that should be allocated to state companies, institutions and banks. According to the bill, the March 2018-2019 budget of 3.68 quadrillion rials ($104 billion) envisaged a nearly 6.1% increase compared to 3.19 quadrillion rials ($90.5 billion) in the previous fiscal year, which is below current inflation rates. The total draft budget, including the resources for state-owned companies and banks, namely, 8.13 quadrillion rials ($229 billion) compared to 7.5 quadrillion rials ($211 billion) in March 2016-2017, amounts to 11.949 quadrillion rials ($340 billion), which is a 10% rise in comparison with the March 2016-2017 total budget (Rezaee, 2018). As a result, there are still the variety of state institutions, including cultural centers that have received enormous funds and unconditional support from the regime (Bajoghli, 2018).

It appears that the reasons behind the sudden protests were both political and economic in nature. However, the economic component prevailed over the political one. In the weeks prior to the demonstrations, Iranians were complaining about the price of basic food items. Indeed, the skyrocketing egg prices served as a trigger factor for the recent unrest. There is a realization in the Iranian society that letting the moderate Hassan Rouhani to win in two presidential elections and allowing the formation of the reformist Parliament did not solve underlying economic problems in the country. As a result, the priority goal for President Rouhani after unrest faded is to restore credibility to his government paying special attention towards the improvement of socio-economic conditions.

[5] The departure taxes were approved in 1985, given the country’s unique situation at the time, namely the Iran-Iraq War. According to the measure, any person who wished to travel abroad via air was required to pay a fee of 50,000 rials ($1.40). Over time, this law became permanent and the fee steadily increased.

[6] According to the draft budget, the high council of Qom’s seminary will get $850 million, including $87 million that has to be given to the fund of the high-ranking cleric Makarem Shirazi. Moreover, it is planned that Emam Khomeini Committee will be given 1.35 billion (Irane, 2017).