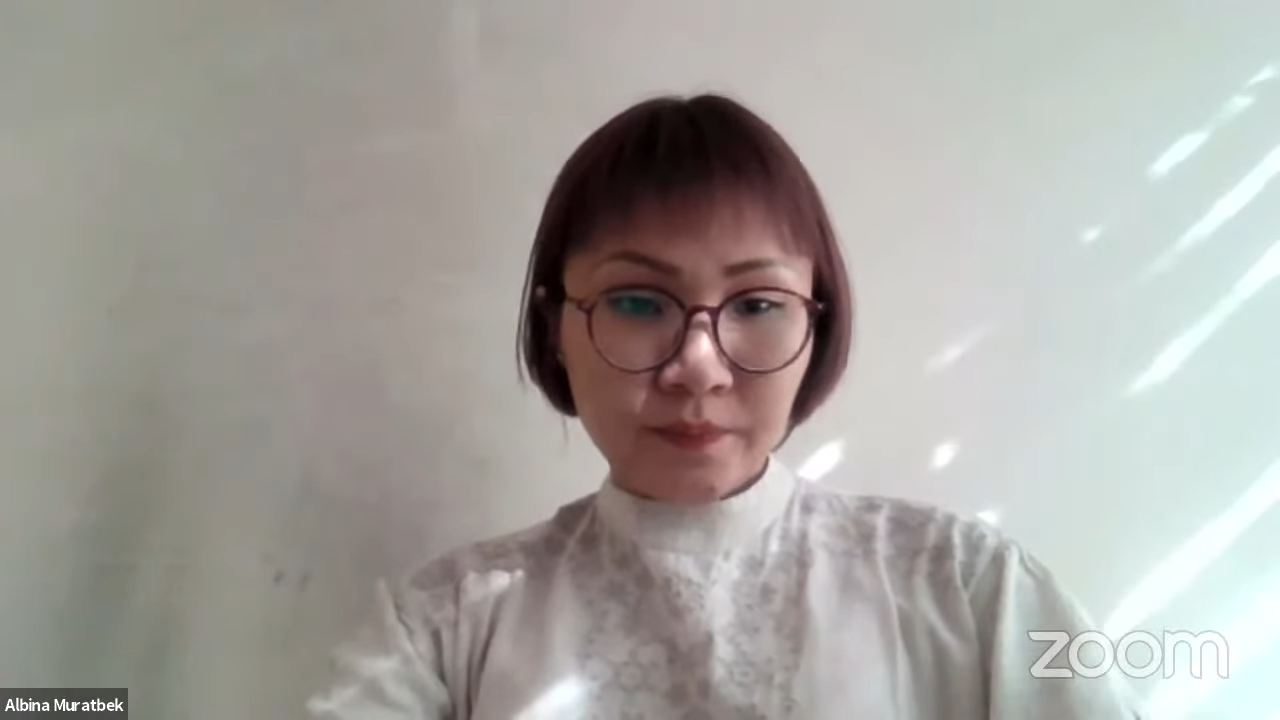 Dr. Albina Muratbekova looked at South Korea’s foreign policy with the countries of Central Asia through the lens of South Korea’s middle power diplomacy, which is widely used to describe the contemporary role of South Korea in world affairs. The approach aspires to transform Seoul’s traditional reliance on its alliance with the United States and modify its narrow focus on the North Korean problem. Instead, Seoul is ambitious in implementing its policy innovation and strengthening its position in global governance. Dr Muratbekova outlined the measures taken for the Central Asian region, which is important for Seoul not only due to economic partnership but also due to the large representation of the Korean diaspora. More than 500,000 ethnic Koreans living in Central Asia form a strong basis for deepening bilateral ties, while the number of Koreans moving to South Korea and very low number of them applying for naturalization speaks about their feeling of home in Central Asia rather than in their historical homeland. Seoul’s efforts in promoting its soft power through various educational programs enables massive movement of students and youth from both sides. Despite an insignificant share of Central Asian states in South Korea’s total trade amount, Seoul with a lack of energy sources, and heavy reliance on oil is interested in diversifying its energy dependence towards the Eurasian region. Economic partnership, Official Development Assistance, cultural ties, and people-to-people contacts were also mentioned by Dr Muratbekova as key pillars of South Korea’s cooperation with the Central Asian states. In general, South Korea’s engagement with the Central Asian region is considered as strategic, which is emphasized by all leaders who visited the Central Asian region, along with the attention paid to Central Asian affairs.