2016 Gazi University Faculty of Economics and Administrative Sciences, Department of International Relations, Assoc. Prof. Kursad Turan gave a seminar on the topic of “Balance of Power in the Middle East”. 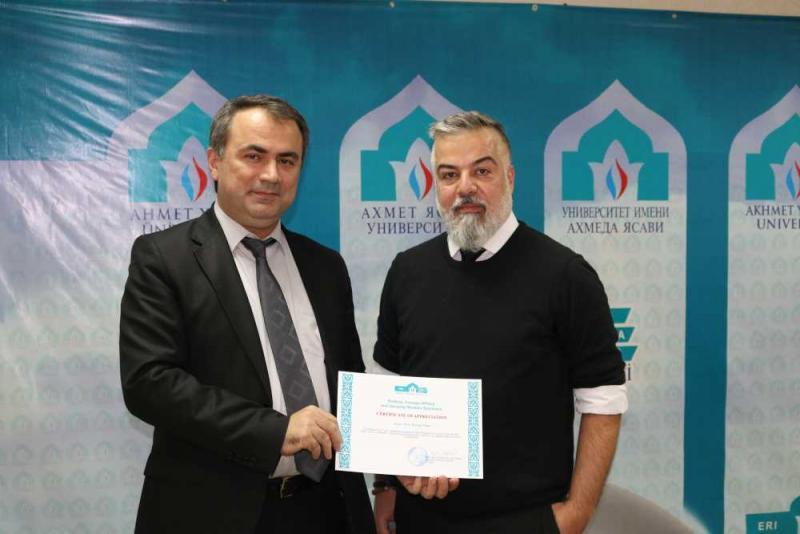 In his seminar Assoc. Prof. Kursad Turan mainly touched upon the international relations theories related with balance of power and provided detailed analysis on how global and local powers approached international events, which mainly occurred in the Middle East.  While speaking about the historical background of the balance of power in the Middle East he pointed out to the revolution in Iran in 1979 and Anwar Sadat becoming President of Egypt examples. As a result of geopolitical games, Iran shifted sides and became an ally of the Soviet Union while Anwar Sadat cut his diplomatic relations with Soviet Union and became an ally of United States (US).

Assoc. Prof. Kursad Turan has compared the George W. Bush’s 2002 Bush doctrine and Barack Obama’s Obama doctrine in terms of their aims and methods regarding the US national security and balance in the Middle East. He mentioned that Bush doctrine’s main aim is to eliminate threats and by spreading liberalism and democracy expecting that, countries will open their markets to the US.  Obama doctrine considered rising power of China in Asia more serious threat than Middle East; pursued such strategies as improving relations with Russia, Iran and Cuba; involvement of offshore conflicts without sending troops and supporting allies in order to balance the power in the region. In short, he described Obama’s policies as while putting pressure often keeps the diplomacy channels open.

During the seminar, he provided information regarding the US and Russia’s approach to Arab Spring and Syria crisis issues and their method of involvement. He mentioned that during the Arab Spring the US did not do anything in Tunisia, in Libya under the lead of France NATO forces got involved, while in Egypt US delivered his messages through Saudi Arabia and Turkey. He expressed that in Syria the US did not pay attention until the creation of ISIS. Assoc. Prof. Kursad Turan mentioned a number of reasons for Russia’s involvement in Syrian crisis by saying after the regime change in Libya Russia had lost an ally and lost its weapon market and the loans given to Libya and if Asad regime falls in Syria Russia will lose another ally and $4.5 billion weapon market income. Moreover, he also touched upon the Russia’s invasion of eastern part of Ukraine and identified this action as a policy to stop NATO’s enlargement towards East. At the end of his speech he pointed out to the lessons for Turkey by saying if any global power is involved in a local conflict instead of competing Turkey should find a solution through establishing or joining into partnerships with other countries. In addition, he mentioned that results of the presidential elections in Iran and US would be important for the balance of power in the region.

At the end of the seminar, participants discussed the US-Russia relations, and presidential elections in the US.