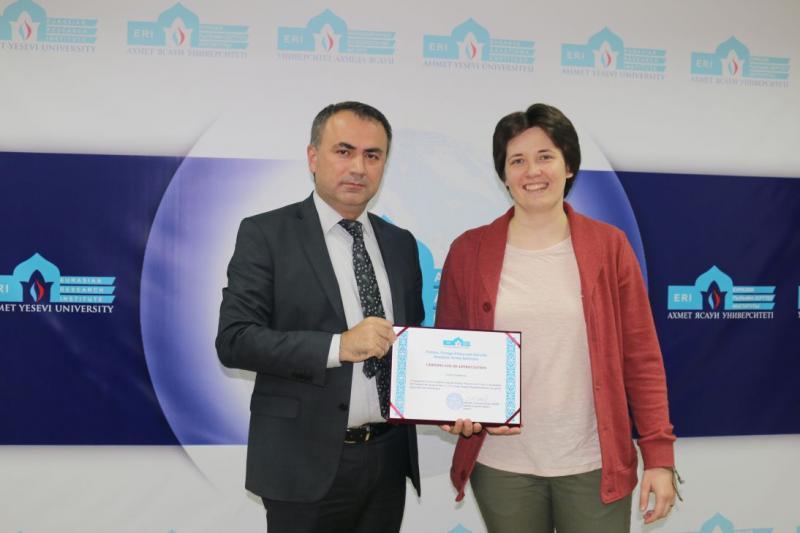 Anna Gussarova in the seminar titled “Russia’s Soft Power in Kazakhstan and Central Asia” gave various information about the concept of soft power, Russia’s soft power understanding and the steps taken in this direction. Established in Russia in 2008, state dependent Federal Agency for the Commonwealth of Independent States, Compatriots Living Abroad and International Humanitarian Cooperation (Rossotrudnichestvo) is among the main institutions that Russia uses in its soft power strategy. The purpose of the institution is to promote international human cooperation and to present contemporary Russia to the world in a good way. She stated that there were 95 offices in 79 countries, as well as 72 science and cultural centers and 23 offices attached to the Russian embassies in 21 countries. Given the geographical distribution of the institution, she added that these offices were densely located in Europe and around it, and had offices in Latin America, North America, Africa and Asia. She said that among Central Asian countries, except Turkmenistan it operated in all other countries.

According to Rossotrudnichestvo’s 2013 data, the budget amounted to 2 billion rubles and it was aimed to increase up to 9.5 billion by 2020. She stated that within the scope of Russia’s soft power there were many goals such as encouraging the promotion of Russian science, culture and education in foreign countries, supporting the spread of Russian language, helping compatriots abroad, and providing international development assistance. In this context, 7.5 billion rubles will be provided for the Russian language program during 2016-2020. According to Gussarova’s information on education, during 2015-2016 academic year, there were 237,538 foreign students in Russia, and 79.2% were from CIS countries and 29% – from Kazakhstan. She said that during 2010-2016, Russia had sent $40.4 million humanitarian aid to Central Asian countries, and that large amount of this had been sent to Kyrgyzstan and Tajikistan.

She added that Russia was ranked 27th in the general ranking of soft power index, as well as the country took 8th place in international relations, 11th place in digital technologies and 14th place in culture category. She stated that among Russia’s views on the soft power politics the take for granted approach towards Central Asian countries should be reviewed. According to Gussarova, in the soft power concept of Russia the use of language and cultural values in relation to political decisions contradicts Joseph Nye’s concept of soft power, and as Nye said the “carrot and stick” approach cannot be used in the concept of soft power. At the end of her speech, she stated that Russia was left behind to produce new soft power methods, and that famous talents such as Dostayevskiy could be used more in soft power politics.

At the end of the seminar, the participants exchanged views on various issues in the context of soft power in Russia.