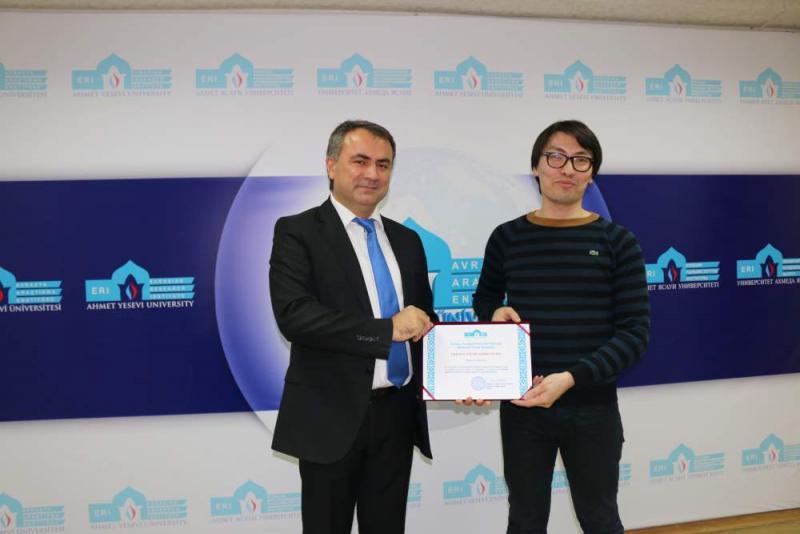 Daniyar Kosnazarov began the seminar with congratulations on the 25th anniversary of Kazakhstan’s independence. Kosnazarov noted that despite the decline of US influence in Central Asia, it was still going on. During the seminar, he discussed issues relating to the countries in the region such as the Ukraine issue, and the impact of embargoes imposed by the West on Russia. In addition, he shared his views on the impact of the decline in oil prices on the economy of Kazakhstan and Russia. He added that such events were among the most important trends in 2016. In the course of the seminar, he shared information on the functioning of the Eurasian Economic Union and economic relations between the member countries.

In his ongoing conversation, he expressed his views on the internal dynamics of the Central Asian states and general development of the region. He emphasized that the presidential elections in Uzbekistan played a very important role in the future of the region. On the issue of security in Central Asia, he stated that the resolution of border problems with Uzbekistan, Kyrgyzstan and Tajikistan was important for the stability of Central Asian region. Moreover, he said there were some disagreements over the activities of Russia and China in Central Asia. He noted that China’s “soft power” policy in the region was not effective enough because the population was still skeptical about China.

He assessed the relationship between the investments made in Kazakhstan and political stability and presented his analysis on the issue. In addition, he added that the role of Kazakhstan President Nursultan Nazarbayev in overcoming the tension between Turkey and Russia, which were in good relations with the countries in the region, was an important development in terms of regional stability. At the end of the seminar, he said that during 25 years following declaration of independence Kazakhstan had passed difficult political and economic tests.