On September 30, 2021, Dr. Zharmukhamed Zardykhan conducted a seminar on The Kazakh Diaspora: Repatriation Process and the Demographic Transformation. 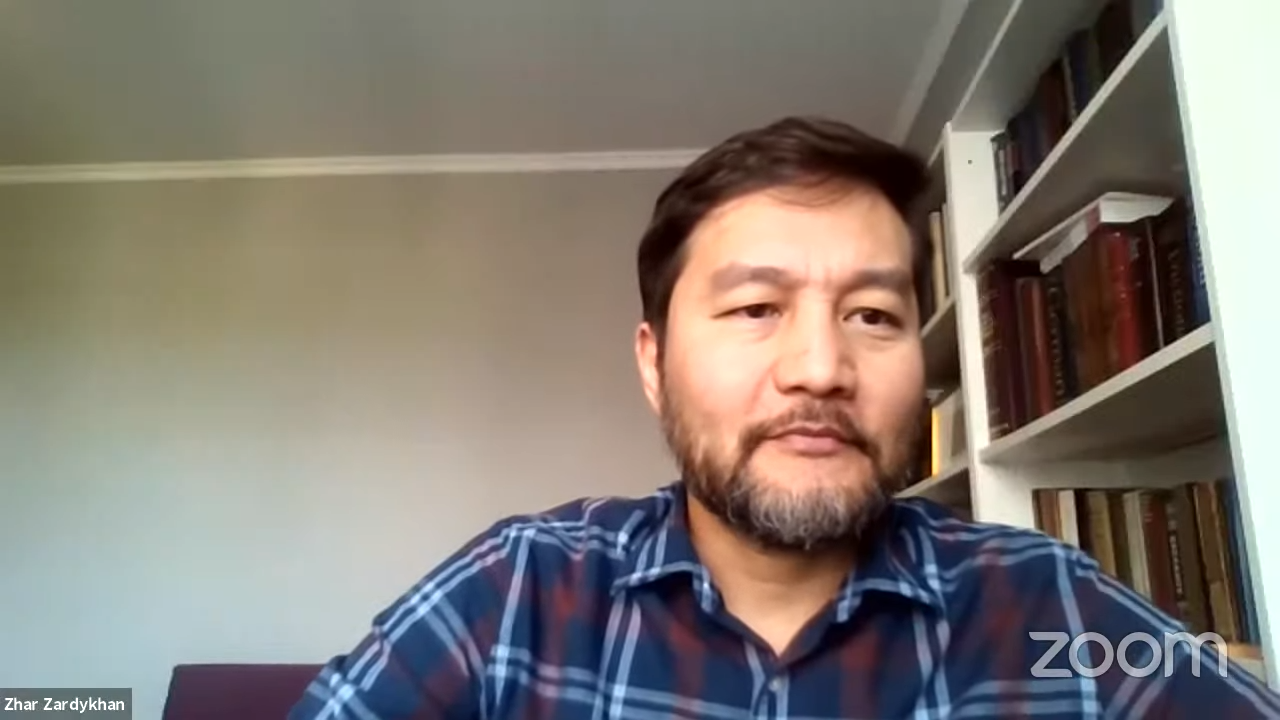 Zharmukhamed Zardykhan explained the meaning of the terms used in diaspora research and talked how the case of Kazakhstan can interpreted from a scientific point of view. Diaspora is a group of people living permanently outside of the geographical area of their ethnic and cultural origin. According to the estimates of the World Bank, around 3% of the global population permanently live outside their ethnic homeland. Due to different historical reasons, a very significant number of ethnic Kazakhs currently reside in other countries. This comes as a result of both border changes and migration. Shortly after gaining independence in 1991, Kazakhstan launched a policy of repatriation of ethnic Kazakhs from abroad. This was not only motivated by restoration of historical justice, but also to counterbalance declining demographics as many minority ethnic groups migrated from Kazakhstan to different countries. This led to gradual ethno-demographic changes and soon after ethnic Kazakhs started to become the majority in the country. For instance, according to the last census made in the USSR in 1989, ethnic Kazakhs made 39.7% of the population of Kazakhstan. Russians were the second most numerous ethnic group making 37.8%. Nowadays, 70.2% of the population of the country are ethnic Kazakhs and nearly 20% are ethnic Russians. About 3.7 million of the total 19 million people in Kazakhstan are currently foreign-born.

Nevertheless, the number of ethnic Kazakhs living abroad is still significant. Nearly 1.7 million Kazakhs live in Uzbekistan, 1.5 million in China, 750 thousand in Russia, 100 thousand in Mongolia, 70 thousand in Turkmenistan, 30 thousand in Afghanistan and 25 thousand in Turkey. Apart from repatriation, due to higher birth rates among Kazakhs compared to most other ethnicities, the ethno demographic landscape in Kazakhstan is gradually changing. According to Zharmukhamed Zardykhan, there well might be a big difference between official statistics and the real number of people that potentially could become citizens of Kazakhstan in the future or be considered as a Kazakh diaspora abroad. Some percentage of people who are counted as ethnic Kazakhs do not identify themselves as Kazakhs and culturally distant from Kazakhstan. At the same time, there are people of other non-Kazakh ethnic origin living in Kazakhstan that could be called ethnic Kazakhs due to their cultural assimilation and self-identification. Prof. Zardykhan emphasized that the ethnic Kazakh identification should not be tied to ethnicity and has to be more inclusive. This kind of approach is usually better for ethno-demographic consolidation and nation-building.