Lydia Parkhomchik, senior resear fellow of the Eurasian Research Institute, gave a seminar on the topic of “Integrational Initiatives of the Caspian States: Problems and Prospects”. 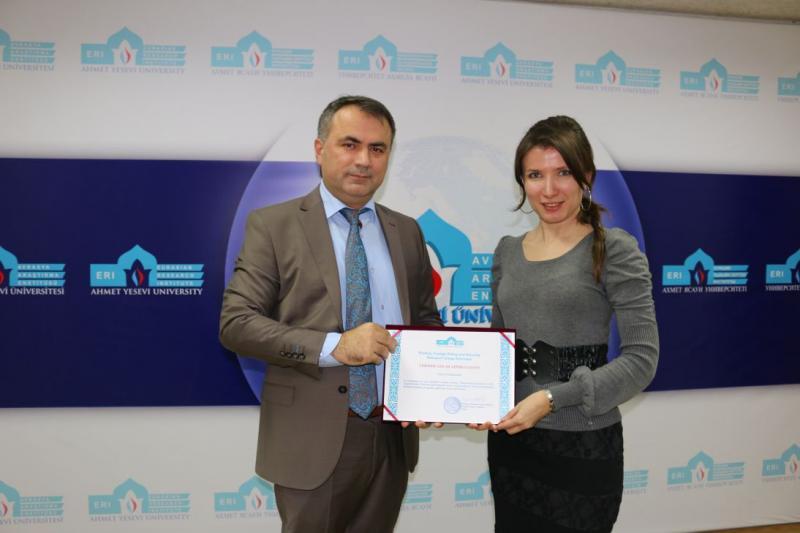 Lidiya Parkhomchik, indicating that the integrational initiatives of the region countries started in 2000, said that the dialogue between the Caspian Sea countries had been failing at that time and that it was in the first stage of development in the present case and also provided detailed information about the bilateral trade relations between the Caspian Sea states. The highest trade volume in the region is between Kazakhstan and Russia, while the lowest trade volume is between Azerbaijan and Turkmenistan. Continuing the presentation, by providing detailed information on the North-South Transportation Corridor and the Transportation and Logistics Center, she explained that along with the Rasht-Astara railway construction works between Iran and Azerbaijan, the Qazvin-Rasht railway would be put into operation in 2017. Lidiya Parkhomchik said that the integration of Transportation and Logistics Center was the proposal of Turkmenistan President Gurbanguly Berdimuhamedow in the Astrakhan Summit in 2014, and shared detailed information such as the signing of the Cooperation Agreement in the Caspian Sea.

Parkhomchik by providing information on the security of the Caspian Sea, talked about the international military sea group project called the Caspian Power (CASFOR), which includes the states of the region.