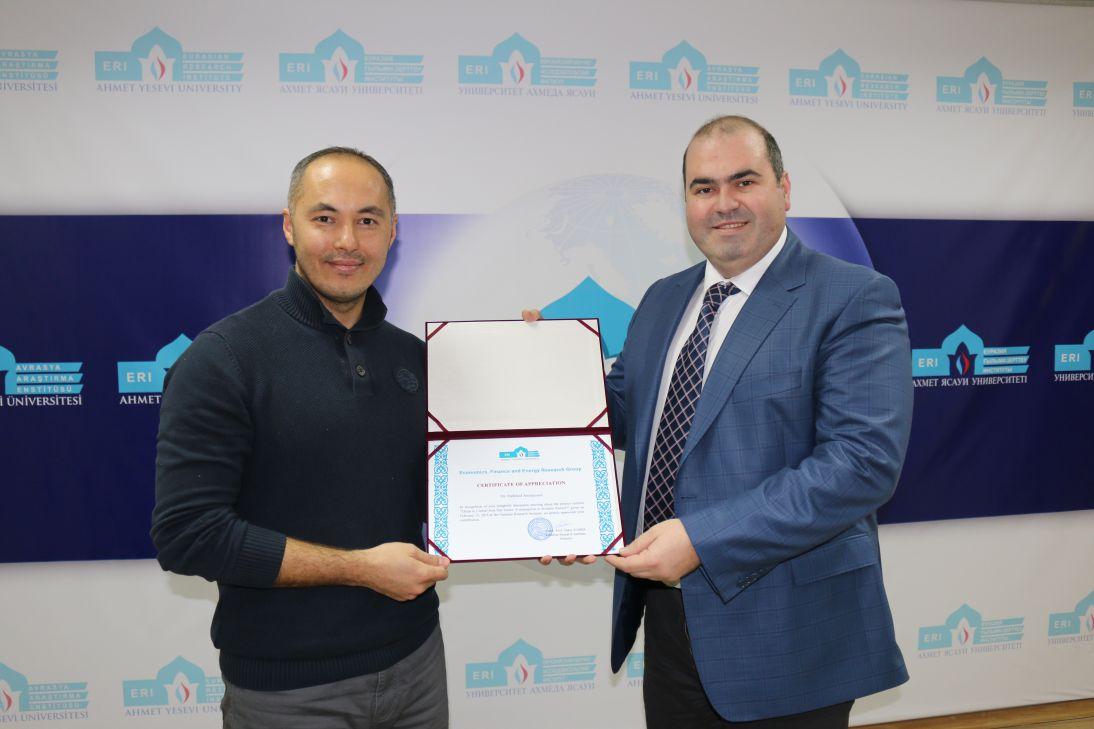 Farkhod Aminzhonov gave detailed information on Central Asia’s gas resources, infrastructure and pipelines. After the collapse of the USSR, the gas sector in the Central Asian region has begun to play a significant role. In early 1990s, Russia was the only reliable partner of all Central Asian countries in gas sector. Aminzhonov also pointed out that the exchange of gas and food products between Russia and Central Asia was implemented before 2006. He stated that at the beginning of 2005, the energy sector of Central Asian countries began to develop due to the improvement of the economic situation in the region.

China allocates a considerable amount of financial resources to the development of gas sector and the construction of pipelines in the investee countries. In the course of the seminar, Farkhod Aminjonov talked about the prospects for the current gas sector and the market. Recently, China’s economic growth has slowed down and there has been no intensive growth in demand for energy resources. At the end of the seminar, participants exchanged views on the energy sector of Central Asia and Kazakhstan.