Researcher at the Eurasian Research Institute, Kanat Makhanov, Held a Seminar Entitled “CIS Countries in the Context of the Middle Income Trap”. 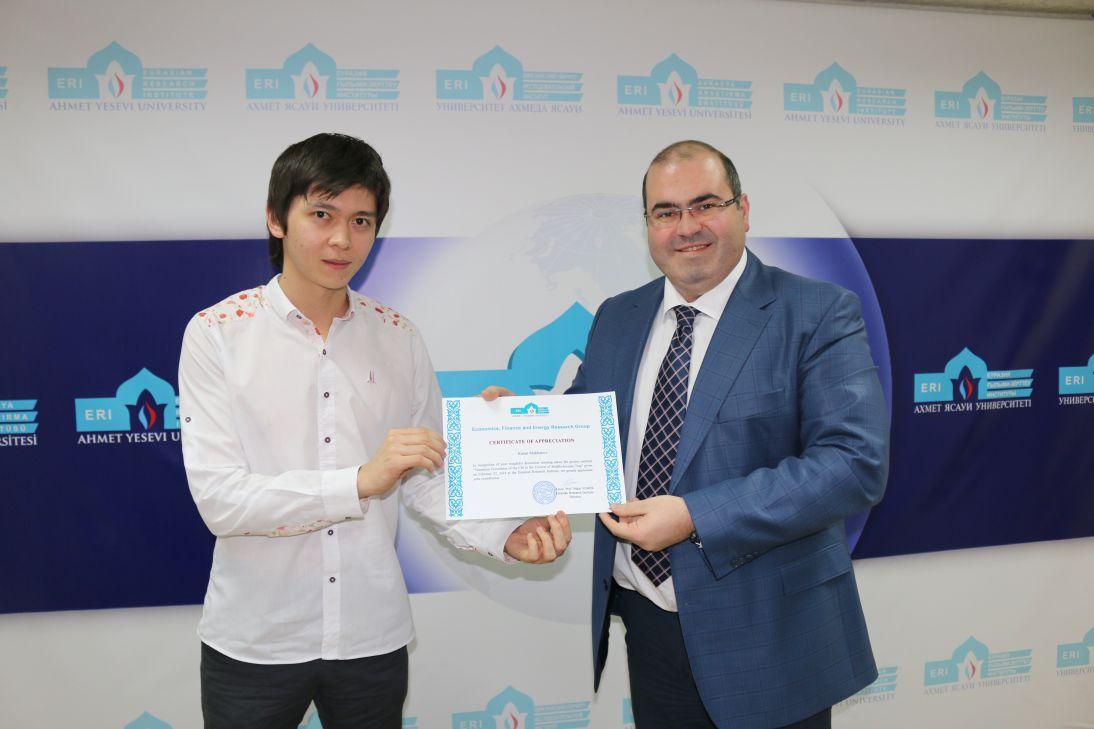 In his presentation, Kanat Makhanov explained the term “middle income trap” and showed that it is one of the recently revealed phenomenon and that it is quite widespread among developing countries including the CIS transition countries. In geographic terms, it is currently mostly widespread among Asian and Latin American economies. In fact, the vast majority of the middle-income population nowadays live in Asian counties China being the largest among them. The statistics show that very few countries manage to escape from the middle-income trap. The list of successful countries in this regard in Asia include Hong Kong, South Korea, Singapore and others. Most of the post-communist European countries are still in this trap though approached the very ceiling of that range. Various researches indicate that the right recipe of escaping the middle-income trap consist in investments in innovations and factors that increase the labor productivity.

According to Makhanov, the CIS countries like Kazakhstan, Belarus, Azerbaijan, Ukraine, Turkmenistan and Uzbekistan can be considered as classical examples of countries “trapped in the middle income range”. Hence, the economic policymaking in these countries need to implement new economic initiatives in order to manage to resolve this problem.