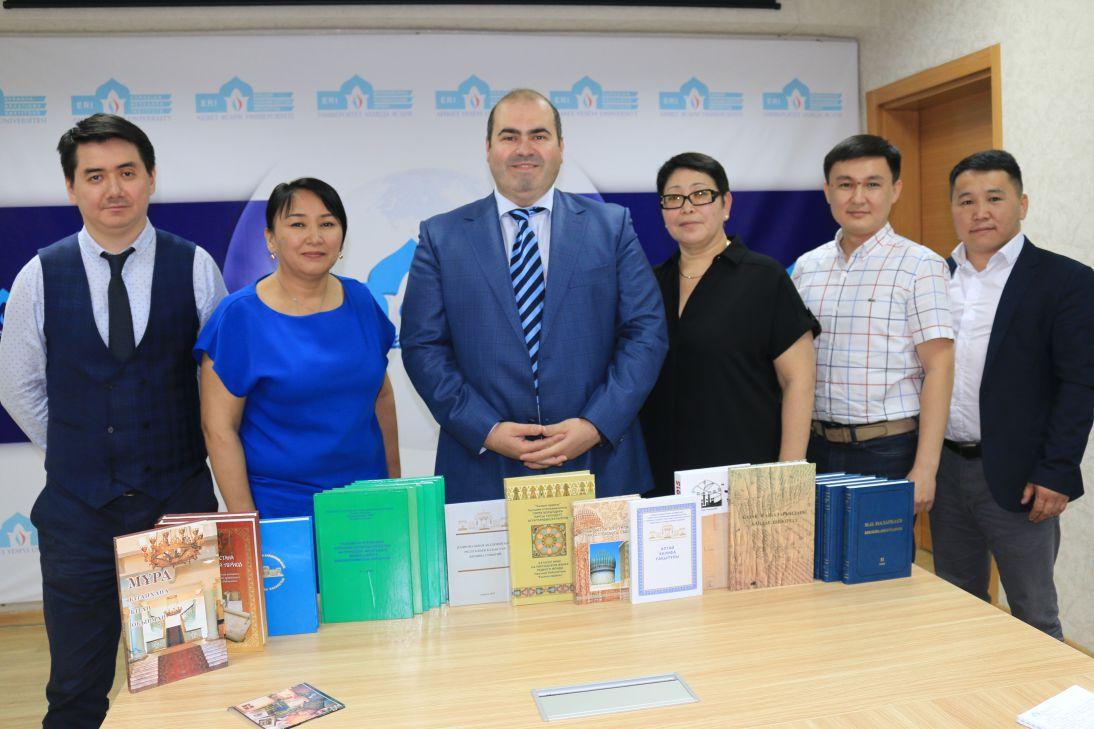 At the seminar held on May 10, 2018, Assos. Prof. Dr. Vakur Sumer, Director of the Eurasian Research Institute delivered an introductory speech. In his speech, he noted that there were noble masterpieces from centuries in Kazakhstan, and that it was important to bring these books back to the public. He expressed his gratitude to Karlygash Kaimakbayeva, Director of the Central Scientific Library of the RSE “Gylym Ordasy”, for preserving such rare books and manuscripts, serving not only Kazakhstan but also the entire Turkic world.

Karlygash Kaimakbayeva introduced herself to the participants and noted that she had worked in various positions for 34 years at the Central Scientific Library of RSE “Gylym Ordasy”. She said that the Central Scientific Library of the RSE “Gylym Ordasy” differed from other libraries in terms of coverage of rare books. It has been serving its readers for 86 years since its establishment in 1932. At the beginning, there were only about twenty books in the library’s fund, which currently has about 6 million books.

Karlygash Kaimakbayeva pointed out that the Central Scientific Library cooperated with libraries in Moscow, St. Petersburg, Kazan, Tashkent and Kiev, collaborating with 325 institutions in 65 countries. She also noted that the library exchange program was being implemented and about 2500-3000 books had been exchanged already. Moreover, she indicated that there were seven functional departments in the library such as book collection, storage, readers’ service, scientific bibliography etc. Library workers are regularly involved in the exchange programs.

Kaimakbayeva said that books published in Kazakhstan before the 1940s were considered as rare books. The Central Scientific Library has 350 thousand rare books, and there are rarest manuscripts in ancient Turkic, Russian and many foreign languages. At the end of the seminar program Karlygash Kaimakbayeva thanked the Eurasian Scientific Research Institute for having hosted this event and donated valuable books in various fields to the Institute’s library.