On May 11, 2022, Ufuk University Professor Dr. Cem Karadeli held an online seminar at the Eurasian Research Institute on the topic “European Security in the Wake of War in Ukraine”. 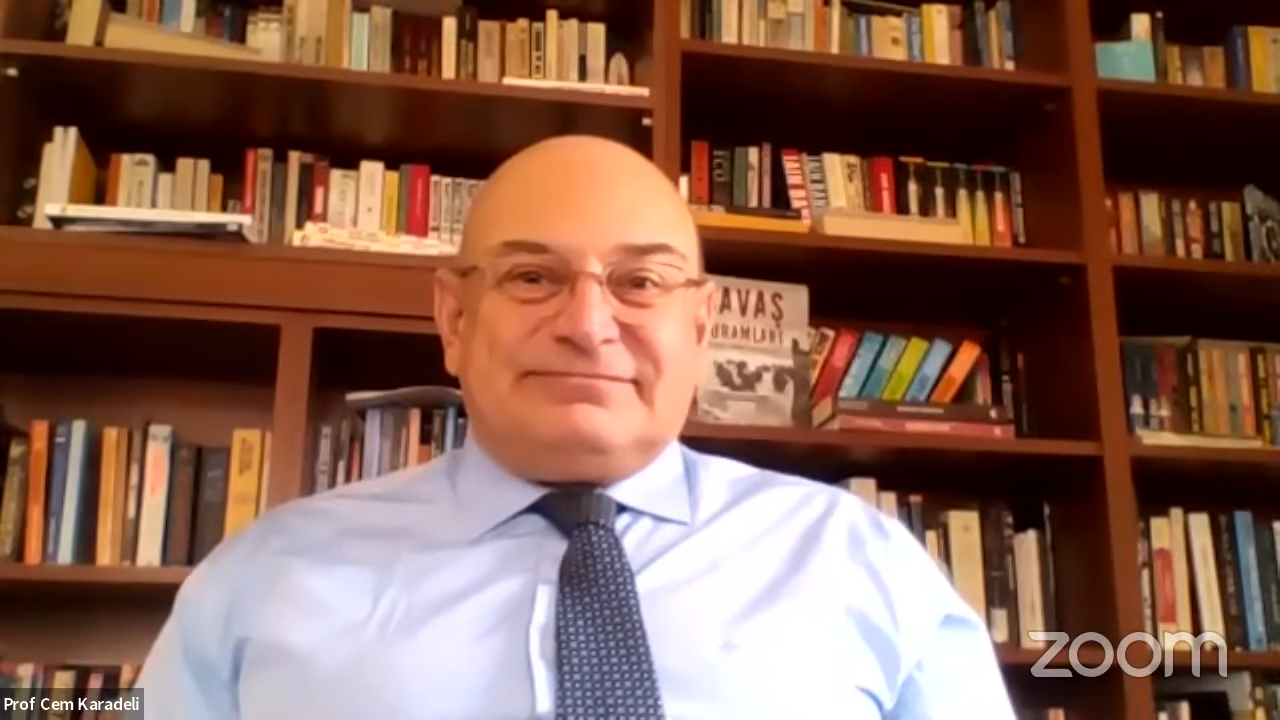 In his speech, Professor Cem Karadeli notes that after the Second World War, Europe has relied mainly on NATO for its security. However, Russia’s full-scale attack on Ukraine that started on February 24, 2022, became a major challenge questioning the European Security. The Russo-Ukrainian has now, therefore, become a reason to revise the European Security policy and reevaluate the function of such structures as the Organization for Security and Cooperation in Europe (OSCE) and the European Defense Agency (EDA). Hence, one of the main issues that will be discussed in Europe after the end of the war in Ukraine will be building its own European security, which will work in the interests of exclusively European countries. This will be a very broad task, which will include providing for the development of the defense industry, additional security funding, research work, etc.