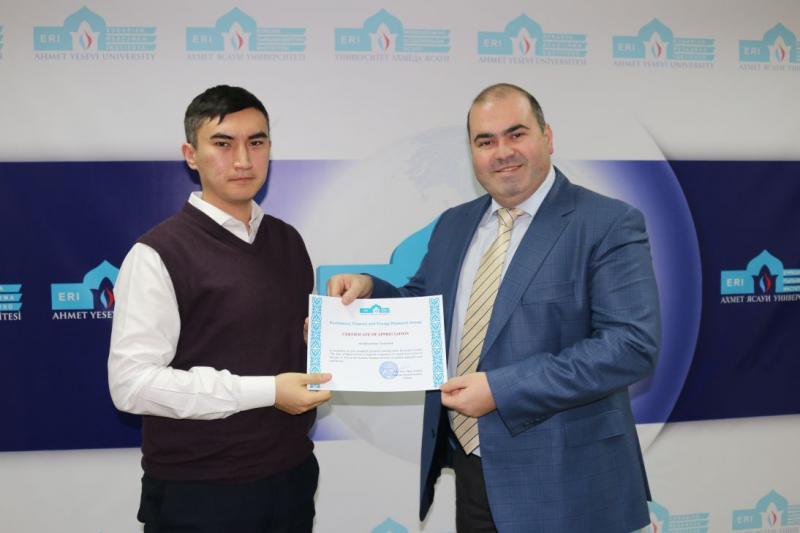 Regional integration is based on several conditions such as geographical proximity, economic complementarity and similarity, as well as cultural and ideological communication. It facilitates political systems, negotiation processes and social structure.

Abulkhair Zhunisbek in his seminar stated that the collapse of Soviet Union in 1991 had led to the independence of the five Central Asian republics (Kazakhstan, Kyrgyzstan,Tajikistan, Turkmenistan and Uzbekistan), and that they had possessed all the necessary prerequisites for successful regional integration including  common political, economic, and cultural links. The influence of the Soviet period prevented Central Asian countries from developing regional integration. Even though various regional organizations have been established in Central Asia over the past two decades, there are still regional countries that are not members of Central Asian institutions and organizations. He noted that the Central Asian countries were more integrated with extra-regional powers like China or Russia than with each other.

Abulkhair Zhunisbek in his presentation reviewed wide range of factors that complicate interregional cooperation including current problems of cooperation between Central Asian countries.

After the seminar, Director of Eurasian Research Institute Asst. Prof. Dr. Vakur Sumer and Institute researchers exchanged ideas on the issues of regional integration in Central Asia. Asst. Prof. Dr. Vakur Sumer stated that China was a significant actor in the Central Asian region. He stressed that Kazakhstan had the best geographical position in the region, and this situation increased the role of Kazakhstan as a transit point between China and Europe.