Professor of the Al-Farabi Kazakh National University, of the Sociology and Social Work Department, Assoc. Prof. Nazym Shedenova, gave a seminar on the topic of “Sustainable Livelihoods of Private Households in Kazakhstan” 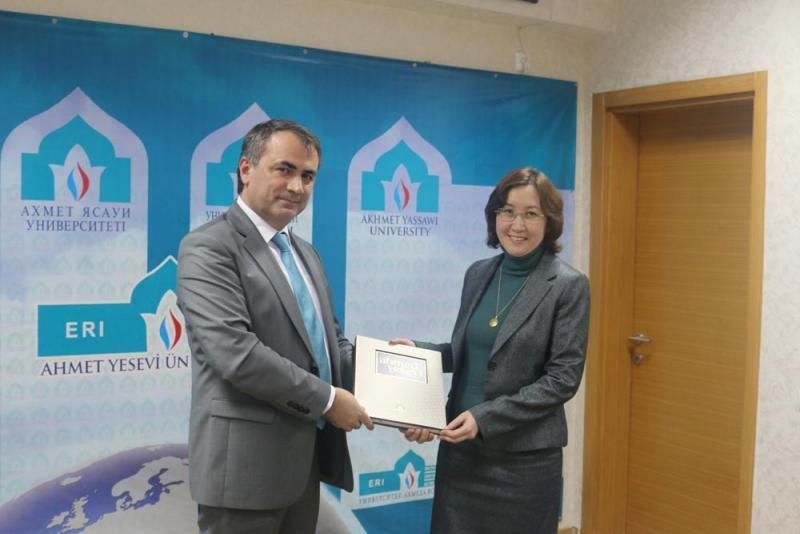 In her seminar Assoc. Prof. Nazym Shedenova shared the results of a sociological survey which was conducted with a research team in urban and rural areas of the Almaty city in 2011. The research was based on the study of the livelihood strategies of middle and low-income families with a focus on the sociological aspect rather than the economic one. While stating the results of the research she expressed that the income gap between the urban and the rural areas of the city is widening. Furthermore, Shedenova mentioned that the urbanization and the conditions of market economy such as an increasing competition for jobs have created certain difficulties for the families.

In terms of survival strategies families often rely on their family networks and local networks (friends, neighbors, acquaintances) for social and economic support. In continuation, survival strategies of 1990s and 2000s have been compared. In the 90s people used to make more of a short-term plans, such as covering their basic needs, however, the strategy changed into medium and long-term planning in the 2000s and there has been an increase in the financial planning for retirement. Shedenova stated that social networks plays an important role for families within the survival strategies in order to receive support in times of economic difficulties.

Moreover, research results indicate that 67% of participants living in urban areas and 46% of families living in rural areas declared that they can fully cover all of their needs by themselves. Besides, 87.3% of the population is able to cover their needs without receiving any assistance from any other family member, 29.7% – receives limited support from their family members and only 8% is reported to mutually support each other.  Among the survival strategies of the participants it has been noted that 46% have received loans, 32% of which have been taken for consumer goods, 18,8% – for car and house repairs and only 5% – in order to expand their businesses or to buy land. At the end of the seminar Shedenova mentioned that the family network plays an essential role within the survival strategies, however, this type of network is also weakening.

At the end of the seminar participants discussed the topics of family networks and of the level of income.