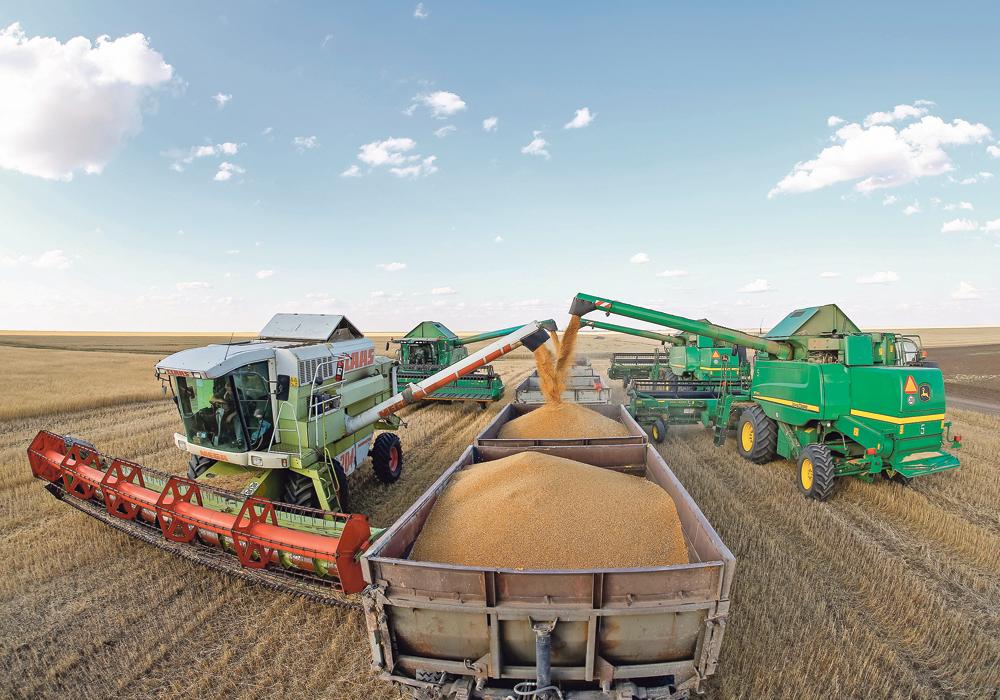 Agriculture in Central Asia plays a crucial role in regional development. The region historically specializes in agricultural production and has high shares of rural population. During the Soviet Union, the agricultural south, where Central Asia belonged to, provided the center with the bulk of agricultural raw materials. Uzbekistan is still one of the world leaders in terms of cotton production while Kazakhstan is one of the largest wheat producers.

Central Asia is a resource-abundant region, which significantly affects its production and trade specialization. The countries of the region specialize in exports of oil, natural gas and metals. The end of the energy super-cycle in 2014 and a substantial drop in oil prices showed vulnerability of such kind of a development model. The regional governments make the case for industrialization and support of the agricultural sector by implementing various programs for producers and exporters. However, the region’s agriculture follows the global trends. It also has a decreasing share in the economies of the region (Figure 1). Source: The author’s compilation based on the World Bank (2019a) data.

For instance, in 1992, Kyrgyzstan had the highest (37.3%) and Turkmenistan had the lowest (10.9%) shares of agriculture in GDP. The sector’s shares in the GDPs of Kazakhstan, Tajikistan and Uzbekistan equaled 23.3%, 29.5% and 35.1%, respectively. In 2018, the share of agriculture in the GDP of Kazakhstan dropped to 4.2%. Tajikistan and Uzbekistan still have higher shares (21% and 29%, respectively) as opposed to Kyrgyzstan and Turkmenistan that witness a declining trend.

Due to different external and internal factors including a boom in the resource sector, the rise of the services sector (in particular wholesale and retail trade, construction, finance, etc.), the breakdown of regional production chains, border and water disputes, the agricultural sector transformed substantially in terms of production and employment. For instance, between 2003 and 2013, Kazakhstan added about 1.5 million jobs as employment grew by about 22% but agriculture was the only sector where employment declined by 14% in absolute terms [World Bank, 2015]. It should be noted that an accelerated reduction of employment in agriculture has started since 2003 following the resource boom that caused the rise of service-related industries. Despite these changes, Kazakhstan still has a high share of rural population, which equaled 43% in 2018. At the same time, the share of agricultural employment achieved the level of 15% (37.7% in 1991) which is the lowest level in Central Asia (Figure 2).

Figure 2. Employment in agriculture in Central Asia (% of total employment). Source: The author’s compilation based on the World Bank (2019a) data.

Shares of rural population in Tajikistan and Kyrgyzstan are the highest in the region. In 2018, this indicator for the two countries equaled 73% and 64%, respectively. At the same time, shares of Turkmenistan and Uzbekistan vary between 48-50%. As of 2018, employment in agriculture achieved the level of 51% in Tajikistan, 33% in Uzbekistan, 27% in Kyrgyzstan and 23% in Turkmenistan.

Traditional products such as wheat and cotton are still important in the region. In the early 1990s, Central Asia produced 20.5 million tons of wheat of which the share of Kazakhstan was 89% (Figure 3). Source: The author’s compilation based on FAOSTAT data.

However, besides their traditional specialization, the Central Asian countries were able to develop new products. This is a case of kidney beans production in Kyrgyzstan. Bean as an export crop was initiated in northern Kyrgyzstan (Talas region) in 1995 on an area of 230 hectares. Currently, bean is cultivated on an area of 53,000 hectares. In 2009, beans accounted for 16% of agricultural exports. By 2015, the share of beans increased to 26% against the general decline in exports of agricultural products [Tilekeyev et al., 2018].

One of the main disadvantages of the Central Asian agricultural sector is its low productivity (Figure 4). Source: The author’s compilation based on the World Bank (2019b) data.

Kazakhstan’s output per worker in 2018 equaled $6,900. Kyrgyzstan and Tajikistan have approximately same levels of productivity ($1,500). Uzbekistan has a comparatively higher level of output per worker ($2,130). The dynamics and level of this indicator show that agriculture in Central Asia is labor intensive. This makes regional production less competitive with high income economies and rising economies of Asia. For instance, output per agricultural worker in Australia in 2018 equaled $80,408 which is 11.7 times higher than in Kazakhstan and 37.7 times higher than in Uzbekistan. Capital intensive agriculture provides more opportunities for growth, development of new products and markets, productivity and competitiveness.

In order to achieve higher productivity and competitiveness, the countries of the region should take into consideration trends and challenges for the future of food and agriculture, in particular, population growth (up to 10 billion by 2050), urbanization and aging population, structural transformation of the global economy, climate change, political conflicts and wars (including for natural resources) and degradation of land and biodiversity [FAO, 2017]. It is important to use geographical proximity of large markets such as China and Russia. The reduction of global poverty with a simultaneous increase of incomes of rising Asian countries, in particular China and India, will boost demand for agricultural products. It should be noted that higher incomes and rising wages affect diets of people and will require diversity of their nutrition. High income countries are a good destination for Central Asian agricultural exports, so production standards should be improved significantly.

There are large cross-country productivity differences in agriculture due to farmland misallocation, insufficient fertilizer use and labor intensiveness of agriculture in poor countries [Gollin et al., 2014]. Thus, for the regional governments it is necessary to stimulate the private sector to be involved in the agricultural development process. By doing so the governments can increase labor productivity through attracting capital investment.

Roles of agricultural universities and research institutes should be strengthened. Moreover, research in agriculture should become a priority, and fundamental and applied research should be financed by the government, in particular research and development of irrigation technologies essential for Central Asian conditions.

Economic and political factors which affect agricultural development of the region should be taken into consideration. In particular, there is a need in coordination while implementing regional infrastructural projects and collective action towards water issues. Governments should also support infrastructural connection of urban-rural areas which will stimulate bilateral trade flows and reduce trade costs.

These measures can lead to substantial positive changes in the agricultural sector by improving rural living standards, providing production diversification and increasing labor productivity [Pomfret, 2016]. As a result, agriculture can become one of the leading, competitive, capital and technology intensive sectors.

FAOSTAT (2019). A database of the Food and Agriculture Organization of the United Nations (FAO). Available at http://www.fao.org/faostat/en/#data/QC. Accessed 16.09.2019.