An Analysis of Increasing Role of Kazakhstan in World Politics 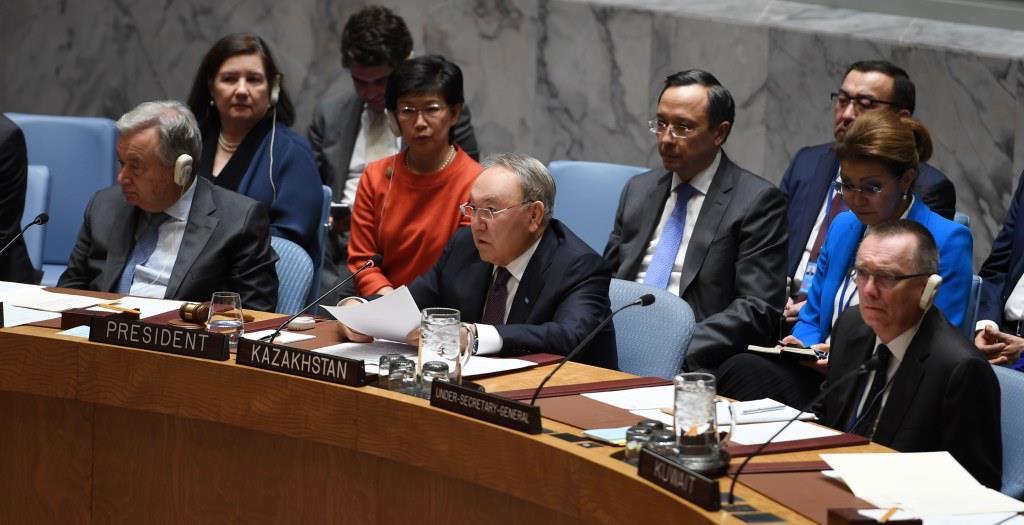 After hosting the negotiations between Iran and P5+1 countries and acting as the mediator in the resulting political conflict after the plane crisis between Russia and Turkey, Kazakhstan also undertook the role of hosting the Astana negotiations aimed at bringing the Syrian war to an end. Nursultan Nazarbayev, who keeps the presidential post since the country gained its independence, made the Kazakhstan center of Asian diplomacy. He built intimate relations with Russia under Vladimir Putin and China under Xi Jinping and paid a critical visit to the United States in January of 2018. All these developments indicate an increasingly strategic role of Kazakhstan in global affairs.

The increasing role of Kazakhstan, who is also is rich in petroleum and natural gas resources, in international relations, is recently manifested itself when Kazakhstan became a non-permanent member of the United Nations Security Council in 2017-2018 term. Kazakhstan’s recent success in international relations is mainly enabled by its initiatives in solving the country’s main problems faced after gaining independence.

Second, the economy of Kazakhstan depended heavily on Russia in financial and sectoral terms. Even in 1991, 43% of the country’s industry was under direct control of Moscow. The production facilities were so much intertwined with the Russian market. This convoluted structure caused an absolute dependence on Russian economy in the foreign trade of the country after independence.[2]

The demographic structure of Kazakhstan has undergone some changes through certain policies in time. After the independence, a lot of Kazakhs from other countries, notably Mongolia, returned their homeland and they were settled in northern Kazakhstan. Russians in Kazakhstan, however, fled to Russia in their hundreds. The birth rate of Kazakhs was much higher than that of the Russians and this also had an influence on changing the demographic structure of the country. Kazakhstan’s population is currently 18.3 million, with Kazakhs making up 67% of it and Russians making up 19%.[4]

Beware of the fact that its policies would not so much decide the fate of nuclear facilities and rockets as decisions of Russia and America, would Kazakhstan conceded to transfer them to Russia in 1993 and this process completed in 1995. Russian bases scattered along several regions of Kazakhstan were rented to Russia by deals struck at different times. With the following agreements, facilities in Kazakhstan were made the center for testing of weapons of Russian origin. It is known that Russia has seven different military facilities in different regions of Kazakhstan.[5]

The economy has been the most prioritized field since the first term of Nazarbayev. Because Kazakhstan has rich petroleum and natural gas resources, he made an effort in relevant areas in the industry to improve. In the early 90s, although Moscow reacted to economic initiatives of Western countries, notably the United States, in the region in various ways, both Western countries and China consolidated their presence further in the Kazakhstan economy at the expense of Moscow. Especially China has been increasingly engaging in Kazakhstan’s petroleum and natural gas sector since 1997. Pipelines were built for energy resources of Kazakhstan to be delivered to the Chinese market. Today, it is estimated that shares of Chinese companies in the energy market of Kazakhstan reached up to 25% and it would increase further in time.[6]

In addition to these, important advancements were enjoyed in the Silk Road project Xi Jinping announced to the world in his speech in Kazakhstan in 2013. A deal of 30 million dollars, signed between Russia and Kazakhstan signaled the relevance of Kazakhstan in the project. Besides China, Kazakhstan established strong trade relations with Western countries like Italy, the Netherlands and Switzerland and these relationships decreased Kazakhstan’s dependency on Russia considerably.

Further, nominated for Nobel Peace Prize in 2010, Nazarbayev was perceived as a conciliatory leader because of his multidimensional policy in the international area. It helped Kazakhstan to host the negotiations on uranium enrichment between Iran and P5+1 countries in Almaty. The negotiations between Russia, Iran, and Turkey that changed the course of the war in Syria were also held also in Astana. Moreover, Nazarbayev interfered to help the affairs between Russia and Turkey tensed after the plane crisis on 24 November 2015 restore and took on a mediatory role. In the meantime, Kazakhstan hosted Expo 2017 and Winter Olympics.

Nazarbayev’s current initiatives in domestic politics are remarkable as well. Kazakhstan replaced the Cyrillic alphabet with the Latin one by Nazarbayev’s decree at the end of 2017. In the early 90s, while Azerbaijan, Uzbekistan, and Turkmenistan moved from the Cyrillic alphabet to the Latin alphabet, Kazakhstan did not take such a decision. Having prepared Latin-based Kazakh alphabet as of the end of 2017, Kazakhstan aimed to publish all school books in the Latin alphabet and managed to do so to a great extent. Preparations for completing the publishing of all books, magazines and official documents in Latin until 2025 continues.[7]

In January 2017, by stating that he considered devolving some of his authority on the assembly to make state administration more stable and modern state structure, Nazarbayev tried to make a good image of himself in Western public opinion. In March 2017, he devolved some of his authorities on assembly with a constitutional amendment in conformity with what he said in this regard.

In 16-18 January 2018, Nazarbayev paid an official visit to the United States and negotiated with President Donald Trump. Deals of high volume were struck between two countries, and Trump expressed that he regarded Kazakhstan as a ‘strategic ally’. The president stated in the press conference that Kazakhstan played a mediator role in the negotiations with Iran and it would be a strategic ally for challenging North Korea’s nuclear programme. Where Kazakhstan is today through successful and realistic policies of Nazarbayev is remarkable given the fact that how troubled country it used to be once.

Kazakhstan has good relations with Russia, the United States and China at once now and is also a significant ally for Turkey and Iran. In the global struggle, called ‘new big game’ by some, as Central Asia stands out, Kazakhstan is likely to have a very critical role in the region.