Competing Interests of Iran and Kazakhstan in the Oil Market?* 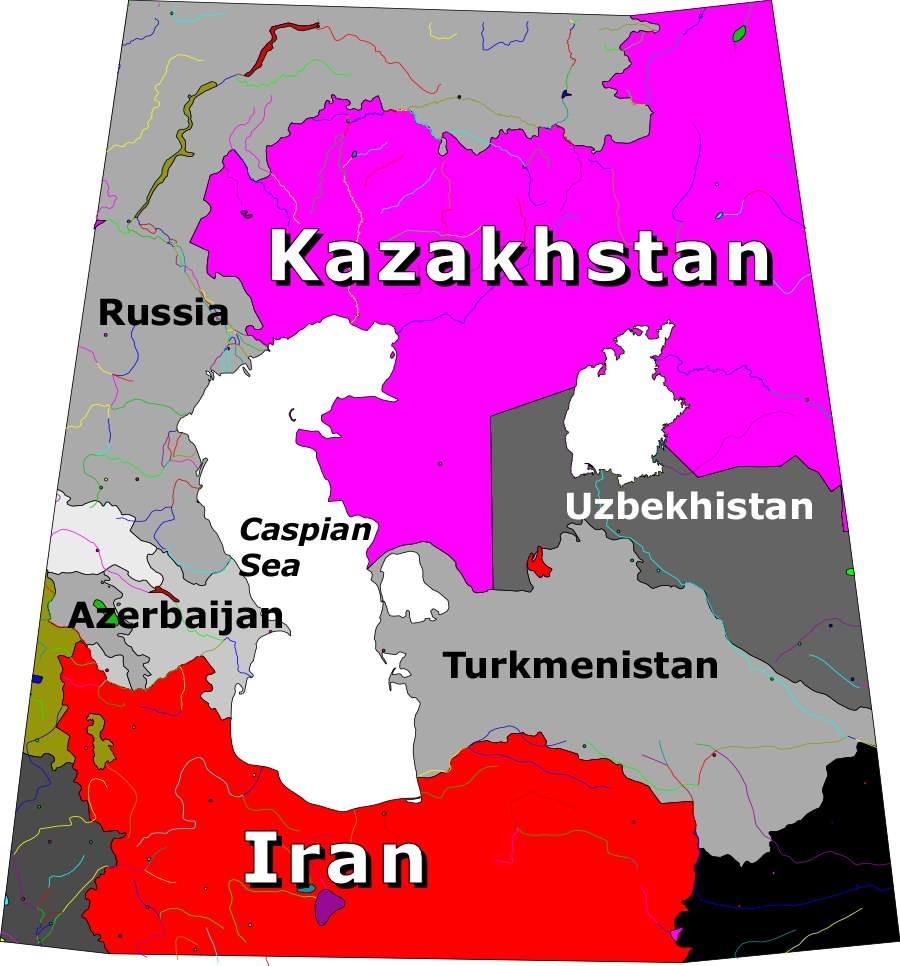 Kazakhstan is rich for natural resources, especially crude oil. It possesses 30 thousand million barrels, which places it in the top 15 in the world’s ranking. The country is also one of the major producers with the daily production rate of 1701 thousand barrels in 2014 (top 20 major producers).1 More than 90 percent of oil reserves are concentrated in the 15 largest oil fields such as Tengiz, Kashagan, Karachaganak, Uzen, Zhetybai, Zhanazhol, Kalamkas, Kenkiyak, Karazhanbas, Kumkol, North Buzachi, Alibekmola, Central and Eastern Prorva, Kenbai, Korolevskoye.2 The government is planning to increase the volume of oil condensate production from 81.8 million tonnes up to 112 million tonnes by 2030.3 The competition in the global oil market, lack of complete ownership of oil production by the government/national energy companies and fluctuating oil prices are decisive factors in determining the course of Kazakhstan’s domestic and external oil policy. Experts forecast changing global oil trading dynamics with Iran regaining its position as a major exporter of oil thus affecting all oil producing countries. The analysis has shown, however, that the impact on Kazakhstan may not be dramatic.

In the early 1990s, to boost its economic growth by developing its oil and gas potential, Kazakhstan opened up its market for international energy companies. Winners of the race for Kazakhstani resources were companies such as ChevronTexaco, ExxonMobil, Agip/Eni, Royal Dutch Shell, British Group, TotalFinaElf, and Impex. Canadian, Middle Eastern, and Russian energy companies followed them. Chinese and Indian extractive and financial corporations started playing a more active role in the mid–2000s. And currently Kazakhstan controls only one-fifth of the overall oil and gas condensate extraction in the country.4 All these international oil companies as well as the government of Kazakhstan are quite sensitive to changing oil trading dynamics in the global market. These actors are particularly concerned about Iran’s reentering the oil market after several years of, to a considerable extent, economic blockade.

According to the PRIX global index value, which is based on the input of 265 Country Analysts and the analysis of the political developments in the world’s 20 largest oil-exporting countries, the volume of exports of crude oil is forecasted to go down thus pushing the oil prices higher from its current level. At the same time PRIX analysts highlight Iran’s attempts to regain its positions in the global oil markets as one of the factors to have an impact on the fluctuation of oil prices. Iran’s nuclear deal and to some extent lifted sanctions will most likely result in rapid growth of Iranian oil exports, which will affect oil producing countries, including Kazakhstan.5

Some experts in Kazakhstan fear that the increasing share of the Iranian oil will not only drag prices down, but will also turn Iran into a direct competitor to Kazakhstan. There are signs, however, showing that the affect from Iran’s reentering energy markets may not be as dramatic. There are several constraints preventing Iranian government from boosting its oil production. First, Iran is in urgent need for advanced technologies and investments in the development of its energy sector. According to different estimates Iran needs around US$150 billion of investments to boost its oil and gas production by 2020. And the Iranian government does not have it. Second, Iran has to build new pipeline infrastructure or liquefaction facilities to make it easier to export its resources. Construction of the energy infrastructure, however, will take some time. Third, the oil market is already oversupplied by major producers, which can beat the Iranian price because the cost of oil production in their respective countries is lower. The cost to produce one barrel of oil in Kuwait is US$8.50, in Saudi Arabia US$9.90, in Iraq US$10.70 and UAE US$12.30. Iran produces one barrel of oil for US$12.60. And even though the average cost to produce one barrel of oil in Kazakhstan accounts for US$27.80, which is twice the cost of that of the Iranian, there is no direct physical competition between these two countries as their list of customers vary significantly.6

Major customers of the Kazakh oil as of 2013 were Italy (27 percent), China (16 percent), Netherlands (13 percent), France (9 percent), Austria (7 percent), Switzerland (6 percent), Romania (4 percent), Canada (4 percent), Spain (3 percent), etc.7 The figures over the past couple of years did not change significantly. Major customers of the Iranian oil in 2014 were China (47 percent), India (20 percent), Turkey (8 percent), Japan (12 percent) and Korea (9 percent). Only 4 percent of oil exports goes to other consumers.8 So basically at the current stage these two exporters do not compete for oil markets. While China is an important consumer of oil from these countries, Kazakhstan delivers its resources to the western regions of the country and Iran supplies oil to the eastern regions.

Even if Iran succeeds to take over some of the European customers, Kazakhstan will be able to redirect some of its oil production to the energy hungry Chinese market. And again Kazakhstan will have a comparative advantage in this case as it will be delivering oil to the eastern regions of China via pipeline networks to which Iran has not access at all. Most importantly, there is a spare pipeline capacity that Kazakhstan can fill in with its own resources. Increasing oil production capacity over the last decade turned Kazakhstan into a major exporter in Central Asia. Kazakhstan exported over 64 million tons of oil through the Atyrau–Samara pipeline (14.6 million tons), Caspian Pipeline Consortium (35.2 million tons), Atasu–Alashankou pipeline (11.7 million tons), Aktau sea port (4.7 million tons) in 2014.9 With some ups and downs the volume of oil export remains, to a considerable extent, the same for 2015.10Kazakhstan has an export-oriented economy and is highly dependent on shipments of oil and related products (73 percent of total exports).11 However, Kazakhstan suffers from excessive dependence on the pipeline networks to its major European customers (Europe imports 85 percent of Kazakh oil)12, which pass through the Russian territory. Kazakhstan, to some extent, reduced its dependence on the Russian corridor by engaging in the trade of oil with China through the Kazakhstan–China oil pipeline. This pipeline allows Kazakhstan to supply 20 million tons of oil to China annually.13 However, Kazakhstan–China oil trade never reached the level to fill up the pipeline. In case, the demand for the Kazakh oil decreases in the European market, Kazakhstan will be able to redirect it to China.

In this regard, while lifted sanctions from Iran and increasing the share of the Iranian oil in the global market can affect oil-trading dynamics, there are no signs that it will have an immediate impact on Kazakhstan’s foreign energy policy. Even if it does, there is an alternative, which will allow Kazakhstan to at least sustain its current level of oil exports.

6 Alanna Petroff and Tal Yellin, “What it costs to produce oil,” CNNMoney, 2016 http://money.cnn.com/interactive/economy/the-cost-to-produce-a-barrel-of…

7 Zhumagulov, “Facts and Figures of Kazakhstan’s Oil and Gas Industry for 2013.”