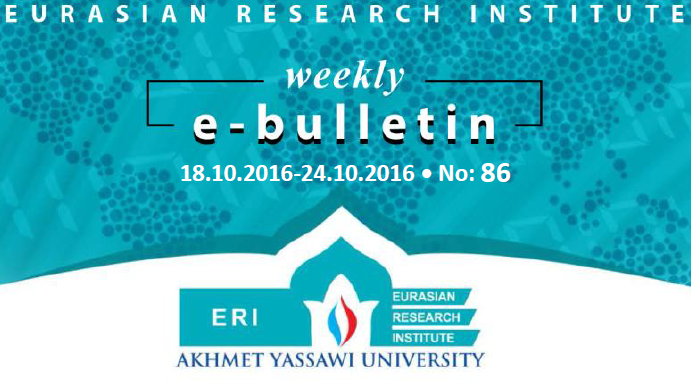 The economic development of the Xinjiang Uyghur Autonomous Region (XUAR), also known as East Turkestan, which is China’s gateway to Eurasia, has significant importance not only for China, but also for the neighboring countries in the region. The XUAR is located on the important route of the Silk Road Economic Belt Project, which China gives great importance to with the promise of investing $40 billion. Indeed, the Central Asia – China natural gas and oil pipelines and Western China – Western Europe pipeline pass through the XUAR. This region is not only an important international route but also has rich mineral resources, which makes it to be one of China’s most important sources of raw materials.

According to the data, oil reserves and natural gas reserves in the region are estimated to be approximately 5.6 billion tons and 1.4 trillion cubic feet respectively. These reserves constitute 30% of China’s total oil reserves and 34% of natural gas reserves. The XUAR is a step ahead from the other regions in China due to its abundance of uranium, coal, copper, iron, gold and silver. For instance, 142 mineral types were found in the region, including 33 kinds of metallic minerals, 60 kinds of non-metallic minerals and 6 kinds of energy minerals. The coal reserves of the region are estimated at 2.19 trillion tons, which correspond to 40% of the total coal reserves in the country.