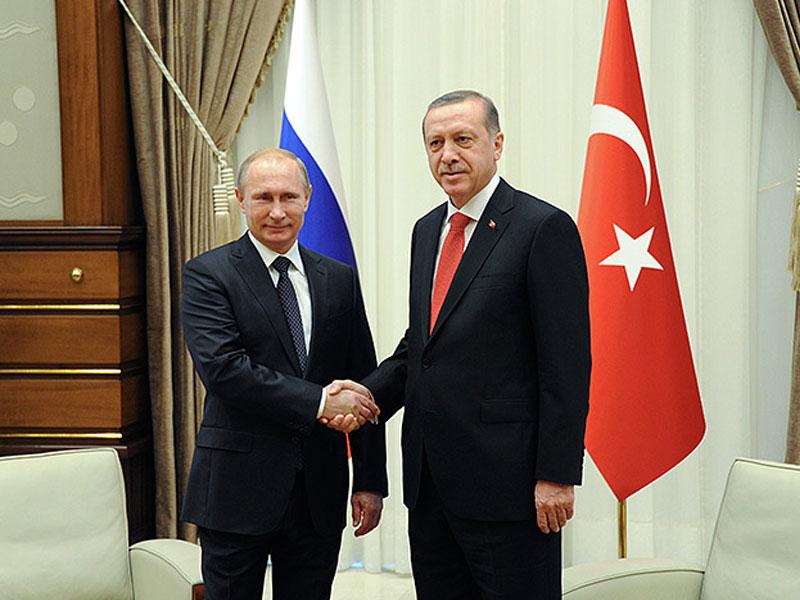 The official visit of Russian President Vladimir Putin to Turkey, which was held on December 1, 2014, has once again demonstrated Russia’s intention to strengthen alliances with countries that do not share EU sanctions policy. It becomes even more important because European leaders are actually thinking about the extension of economic sanctions against Moscow, which were adopted in March last year. For example, German Chancellor Angela Merkel announced plans to abandon the so-called «Eastern policy», according to which Berlin was building a special relationship with Russia speaking on behalf of the whole of Europe over past few decades. If Chancellor’s suggestions are embodied in the policy on extension and tightening of sanctions against Russia, the implementation of a number of Russia-EU economic projects would be up in the air.

Anticipating development through the described scenario, the Russian leader arrived in Turkey to update energy projects aimed at cooperation with the West. That is why the main theme of Erdogan-Putin talks was expanding of the energy partnership. During the last meeting, parties have signed a Memorandum of Understanding between «Gazprom» and «BOTAS» on the construction of an underwater pipeline, a Memorandum of Understanding for training staff for the nuclear sector for nuclear power plant Akkuyu.

Signed agreements certainly show the intention of Moscow and Ankara to develop mutually beneficial economic relations, despite the current global political conjuncture. Parties reaffirmed that they are ready to increase trade turnover to USD 100 billion by 2023. However, it is still a long-term goal and its implementation isn’t so urgent as the necessity for solving problems in the sphere of further gas cooperation between Russia and Turkey.

It is not a secret that Ankara is adopting energy policy based on the desire to become an «exclusive» gas transit country for Europe. That is why the Turkish officials welcomed the announcement that the supply route for Russian gas, which supposed to be transported to Europe through the South Stream pipeline, would be revised. According to statements made by the officials of the Russian Federation, the actual abandonment of the South Stream project does not mean that Moscow refuses to fulfill concluded agreements on energy supplies to European consumers.

Construction of both a new gas pipeline across the territory of Turkey and energy hub in southern Europe will allow Russia to overcome difficulties that appeared because of freezing the South Stream project:

• solve the problem of gas supply to Bulgaria and Greece, bypassing the territory of Ukraine;

• use of the new onshore facilities for delivering natural gas, which were already built within the framework of the South Stream project.

Building the new gas pipeline gives Ankara the opportunity to implement one of the largest energy projects in recent years. It also offers some advantages in the negotiations with Russia according to gas prices reduction. In fact, the parties have already agreed that Moscow would reduce the gas price for Turkish customers by 6 percent from January 1, 2015.

Although there is a win-win situation for both parties, we need to admit that changing plans in the diversification of energy supply was an emergency measure for Russia, while Turkey expanded opportunity for maneuvering over the new pipeline architecture.