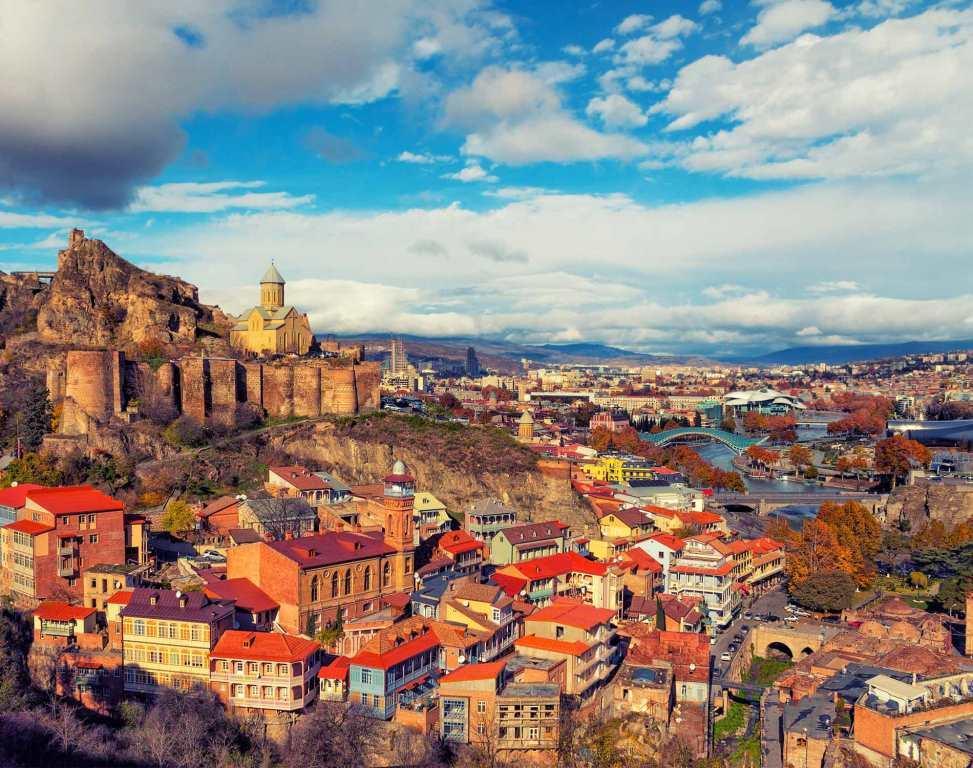 On March 13-14, 2019, President of Georgia Salome Zurabishvili made an official visit to Armenia [Sputnik-Georgia, 2019]. It should be noted after the change of the Georgian constitution the powers of the president were reduced, therefore, this visit had a symbolic character. For Armenia, the borders of which with Azerbaijan and Turkey are closed, Georgia is the most important transit state through which it receives the Russian gas and significant volumes of Turkish goods. Current Prime Minister of Armenia Nikol Pashinyan made his first foreign visit to Georgia, thus denoting the priority and fundamental importance of building good Armenian-Georgian relations. At the same time, Salome Zurabishvili’s visit drew much attention due to the phrase she had used in Baku – “the occupation of the territories of Georgia and Azerbaijan” [Kommersant, 2019], which was negatively perceived in Yerevan in the context of the Nagorno-Karabakh issue. Apparently, Zurabishvili’s phrase was motivated by the visits of the Nagorno-Karabakh delegations to Abkhazia and South Ossetia. In this regard, taking into account the geopolitical knot that now exists in the South Caucasus, it is quite interesting to analyze the relationship between Yerevan and Tbilisi.

At present, there are a number of pressing problems between the countries that need to be addressed in order to improve mutual trust. The first issue is the delimitation and demarcation of their state border, which is based on the former administrative and territorial borders of the Soviet period. The parties are engaged in complicated negotiations trying to agree on the alignment of the borders in a number of areas, where some Armenian and Georgian villages can be cut off by the border from the roads connecting them with their country or they may end up on the opposite territory. Actually, during the visit, the Georgian president noted the need to complete the delimitation and demarcation process [Sputnik-Armenia, 2019], which is now complete for two-thirds of the border. But the main difficulty is finding a compromise on the monasteries, which are important for the Armenian side but located on the Georgian territory in the immediate vicinity of Armenia’s Lori province. Obviously, due to the well-known historical events, it is difficult for both countries to make concessions in the territorial issues. Armenian and Georgian politicians are aware that their populations will not support decisions that will include territorial concessions.

Certainly, both of these problems are very complex, but the parties are consistently working to resolve them, and, very importantly, do not speculate on these contradictions. Therefore, there is a reason to expect that the parties will resolve these issues in the short term, unless, of course, events happen that could worsen the Georgian-Armenian relations. And there is a certain potential for such a development as there are two main factors that can complicate relations between Yerevan and Tbilisi. These are the Russia-Armenia relations and the Georgia-Azerbaijan relations. Indeed, the presence of other actors significantly limits the ability of Georgia and Armenia to control the development of events, making them dependent on third parties.

In general, the perception of Armenia by the Georgian public opinion was shaped under the influence of the relations between Yerevan and Moscow. Therefore, the events of 2008 to some extent lowered the confidence of Georgia and its citizens in Armenia. Besides, it should be noted that approximately 82,000 Armenians live in the Georgian region of Javakheti [Newsgeorgia.ge, 2016], constituting an ethnic majority. Constant suspicions of Javakheti Armenians in hidden separatism are combined in the Georgian society with deep-seated anti-Russian sentiments that especially increased after the events of 2008. Simultaneously, given the Armenian-Russian allied relations, Armenia’s membership in the CSTO and the presence of the Russian military base in Armenia, the anti-Russian negativism of Georgians is unwittingly projected onto Armenia and the Armenian diaspora. This factor will constantly influence the relations of Georgia and Armenia, because there are no visible reasons for a change of Russia’s role for Yerevan.

At the same time, the relations between Georgia and Azerbaijan have a significant economic interdependence. Today, the Baku-Tbilisi-Ceyhan pipeline transports oil from Azerbaijan through Georgia to other countries, bypassing Russia and Iran. The South Caucasus pipeline performs the same function with gas. Such a strategic position allows Georgia not only to receive economic dividends in the form of transit fees and fuel discounts but also increases the country’s political significance for Europe. For Georgia, maintaining the image of a stable and responsible transit country has a great strategic importance taking into account the pro-European aspirations of Tbilisi. Therefore, Georgia is interested in maintaining good relations with Baku. Moreover, the countries are involved in the creation of two transport corridors. The first one initiated by the EU, the Transport Corridor Europe-Caucasus-Asia, should improve transport links between Europe, the Caucasus and Central Asia. The second one is a transport corridor originating in China and linking Chinese ports and railways with those of Azerbaijan, Kazakhstan and Turkey under the Belt and Road Initiative (BRI). In fact, the launch of the Baku-Tbilisi-Kars railway in 2018 completed the creation of this transport corridor. The railway became one of the key BRI projects and opened investment cooperation with China for Georgia. Beijing has rapidly increased investments and is now the third largest investor in Georgia. For Tbilisi, these investments are very important and provide additional motivation to maintain stable relations with Azerbaijan. The participation in such major international projects forms Georgia’s foreign policy image, for which it can partially sacrifice relations with Armenia.

In addition, to maintain good relations with Azerbaijan, Georgia must follow certain prerequisites. This was clearly demonstrated by the situation around the installation of the monument to Armenian Mikhail Avagyan, the Nagorno-Karabakh war participant, in the village of Bughashen in Javakheti [Jnews.ge, 2019]. The Azerbaijani media harshly criticized this event, while Azeri officials called for clarifications from the Georgian side. Apparently, Baku’s approach to the incident was based on the fact that there are certain concerns about the Armenian separatism in the Georgian society. Nevertheless, the Georgian authorities did not react to this event in any way, showing pragmatism and restraint.

In conclusion, it should be noted that the transit of goods through Georgia is crucial for Armenia, and this is undoubtedly beneficial for Tbilisi. At the same time, the Georgian leadership is annoyed by the alliance of Yerevan with Moscow. Since Armenia is dependent on transit, it has to balance its policy with steps towards Tbilisi. For example, when joining the Eurasian Economic Union, Yerevan managed to defend its right to maintain a free trade agreement with Georgia. However, trade plays a secondary role in relations between Armenia and Georgia. Armenia accounts only for 5% of Georgian exports [Atlas.media, 2019].  Connections between the two countries can be strengthened via joint projects, including, for example, the construction of a cross-border high-voltage power line, which was agreed in 2018. In general, Georgia is more important for Armenia, but at the same time, the economic development of the South Caucasus completely depends on the stability of the region, and here the role of Yerevan cannot be overestimated.

Sputnik-Armenia (2019). Salome Zurabishvili raised the issue of demarcation of the border between Armenia and Georgia. Retrieved from https://ru.armeniasputnik.am/politics/20190313/17681663/salome-zurabishvili-podnyala-vopros-demarkacii-granicy-mezhdu-armeniej-i-gruziej.html. Accessed on 14.03.19.