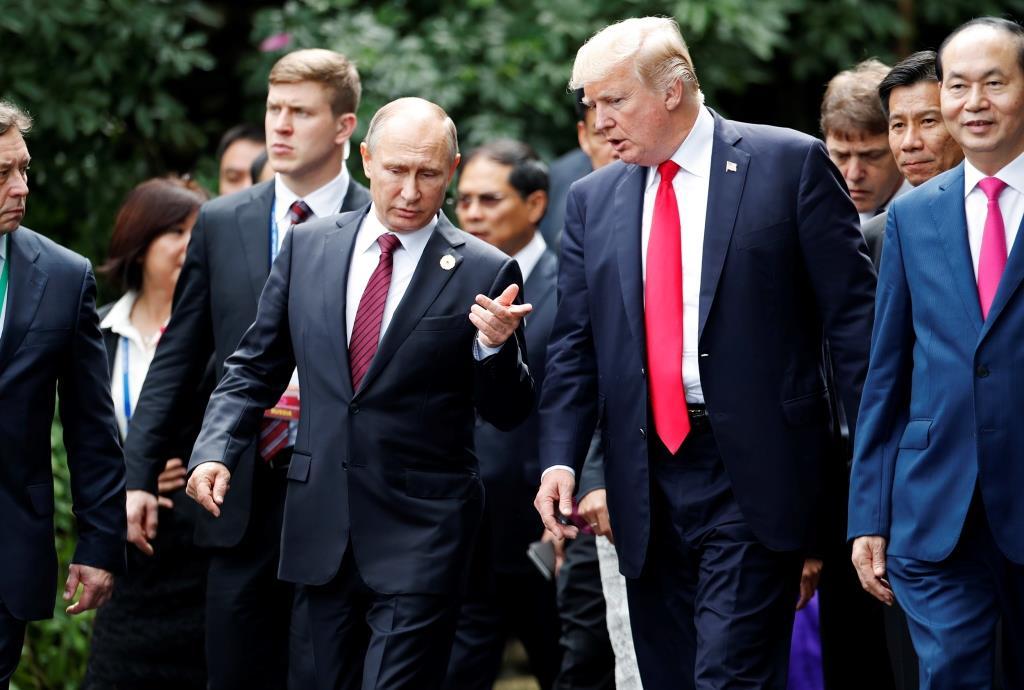 The continuation of the military-political confrontation between Russia and the United States in 2019 increases the risk of the beginning of a new arms race and the collapse of the international strategic arms control system. A possible return to a Cold War style full-scale nuclear and missile race would inevitably involve China, affect the sphere of non-nuclear high precision weapons and lead to the militarization of outer space and the growth of cyber-attack weapons. All the key regional powers of Eurasia, including India, Japan, Turkey, Iran and Pakistan, might be involved in this global military build-up effort.

The year 2019 may become a decisive point of no return in the growing arms race, given the U.S. announcement of its unilateral withdrawal from the 1987 Intermediate-Range Nuclear Forces (INF) Treaty if Russia fails to comply with the accord [Birnbaum and Hudson, 2018]. Mutual accusations of non-compliance with the treaty obligations would lead to the suspension of participation in the treaty first by Washington and then by Moscow. In the absence of acceptable compromises between Russia and the United States, the denunciation of the INF Treaty could lead to a complete dismantling of the entire legal framework that ensures the strategic nuclear and missile parity. In the short term, the denunciation of the INF Treaty would legitimize ongoing research, development, and testing in the area of medium- and short-range missiles. The next stage could be a large-scale deployment of the respective weapons systems by the United States and Russia, including the deployment of U.S. missiles in Eastern European and Baltic countries, which would trigger Moscow’s symmetrical countermeasures. At the same time, Moscow is clearly aware of the existing disparity in financial and economic opportunities with Washington and would hardly afford to be dragged into a lengthy and costly arms competition. However, the continuing saber rattling between the United States and Russia significantly raises a likelihood of a military conflict between Russia and NATO in Europe.

If the U.S. intention to withdraw from the INF Treaty is largely motivated by the need to deter China rather than Russia, as some observers believe [Johnson, 2018], then the most likely long-term consequence of the treaty’s denunciation would be the deployment of medium-range missiles by Washington at its bases in Northeast Asia. As a result, the key political and economic centers of China and the most important elements of its military infrastructure would be in the direct impact area of U.S. missiles. This would immediately give Washington a serious strategic advantage over Beijing in the realm of escalation dominance. Eventually, the denunciation of the INF Treaty and the qualitative build-up of strategic military potentials by the United States and Russia would spur a multilateral arms race and the proliferation of missile technologies with the involvement of China, NATO countries, India, Pakistan and other states possessing appropriate technological and military capabilities.

Despite the political arrangements between U.S. President Trump and North Korean leader Kim Jong-un, the prospects for solving the problem of the DPRK’s nuclear and missile program remain uncertain [Snyder, 2018]. Washington’s unwillingness to meet Pyongyang’s demands for compensation for halting its nuclear program, as well as the intensification of the U.S.-China confrontation, may lead to the suspension of the negotiation process on the denuclearization of the Korean Peninsula and, consequently, to the resumption of the DPRK’s nuclear program and ballistic missile tests. In the Middle East, the tightening of U.S. sanctions against Iran and the failure of the EU, China and Russia to safeguard the Joint Comprehensive Plan of Action (JCPOA) might lead to Tehran’s withdrawal from the nuclear deal, which would provoke a new arms race in the region. It is quite possible that certain states in East Asia and the Middle East will declare their intention to develop their own nuclear arsenal in response to the escalation of security threats.

If the INF Treaty is denounced, the 2010 New Strategic Arms Reduction Treaty (New START), which will expire in 2021, will remain the only disarmament treaty in force between Russia and the United States [Reif, 2018]. In the absence of mutual trust between the nuclear superpowers, there will most likely be no negotiations on a new treaty. For them to start, tradeoffs are required on the issues of the U.S. global missile defense system, new types of high-precision and long-range hypersonic weapons, etc., which seems highly unlikely. The maximum possible outcome under these conditions is an agreement of the parties to extend the New START, but the forthcoming introduction of new anti-Russian sanctions by the U.S. Congress reduces the prospects of the treaty’s extension.

All these problematic issues will take center stage on the agenda of the third session of the Preparatory Committee for the 2020 Review Conference of the Parties to the Treaty on the Non-Proliferation of Nuclear Weapons (NPT) to be held in the spring of 2019. The Preparatory Committee will most likely turn into a battleground between rival groups of countries and will not succeed in achieving any meaningful agreements or breakthroughs. This would put the very existence of the nuclear non-proliferation regime at risk as aggravating disagreements between the state parties to the NPT could cause a complete failure of the conference in 2020, forcing some states to announce their intent to initiate a withdrawal from the treaty. The U.S.-Russian contradictions would lead to a failure of any initiatives in the field of disarmament and arms control, and the prospects for the entry into force of the Comprehensive Nuclear-Test-Ban Treaty would become elusive.

In 2019, a massive introduction of automated unmanned systems into the armed forces and the expansion of the scale of cyber operations are expected. Moreover, as a result of the intensification of the arms race between the nuclear powers, the threat of using cyberattacks against early warning and nuclear command-and-control systems of potential adversaries is growing, thus increasing the risk of accidental or unauthorized use of nuclear weapons. Another dangerous reality is that outer space becomes an important component of national defense doctrines and a new arena for the arms race. Work is underway in Russia and China to create antisatellite weapons capable of disrupting control and communications systems as they consider such weapons as one of the possibilities to offset the U.S. superiority in conventional weapons. However, in view of Washington’s position on the issue, no serious progress is expected on the launch of negotiations to develop a legally binding document on preventing the weaponization of outer space [Voice of America, 2018].

Avoiding the grim picture described above would, first of all, require the multi-stage process of rebuilding relations between the United States and Russia. Washington and Moscow should start discussions on adapting the INF Treaty to present-day political and technological developments and on extending the New START treaty until 2026. The parties should also search for ways to involve China and other nuclear powers in nuclear arms control talks, with the prospect of expanding them to cover outer space militarization issues. The United States should intensify diplomatic efforts to persuade North Korea to allow IAEA inspectors access to its nuclear facilities and gradually agree on the conditions of Pyongyang’s complete, verifiable and irreversible renouncement of nuclear weapons and ballistic missiles. In the Middle East, the EU, China and Russia should find mechanisms to offset negative consequences of U.S. sanctions for Iran, which would create a strong incentive for Tehran to adhere to its obligations under the JCPOA. However, under the current geopolitical conditions, the likelihood of the situation in the world evolving in accordance with this positive scenario is very low.

Voice of America. (2018). US to Confront Russia, China on Militarization of Outer Space. Retrieved from https://www.voanews.com/a/us-to-confront-russia-china-on-militarization-of-outer-space/4599793.html. Accessed on 27.12.2018.