Have The Central Asian Labor Migrants Been Leaving Russia? 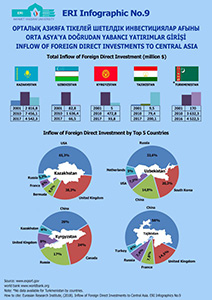 2015 will be hard for Central Asian migrants since the depreciation of Ruble against the US dollar by 45% percent has caused a reduction of 40% percent in their incomes. Besides, the cost of monthly payment of working permit has been tripled from 1200 Ruble to 4000 Ruble and two additional documents cost more than 10.000 Ruble. For labor migrants who are not members of the EEU, this process is even harder because they have to enter Russia with an international passport (Trilling, 2015).

These conflicts caused debates whether there will be a decrease in the number of labor migrants to Russia in 2015. On January 9, 2015, The Director of Federal Migration Service, Konstantin Romodanovsky’s stated that the flow of migrants decreased by 70% percent in 2015 compared to the same period in 2014 (Standish, 2015). Though for now, it is not certain whether masses of Central Asian migrants are leaving Russia. These arguments will be clearer in spring 2015 when the Central Asian migrants move to Russia for seasonal jobs.

In January 2015, statistics provided by Federal Migration Service showed that there have been 4.3% percent decrease in the number of Uzbek citizens and 2.2% percent decrease in Tajik citizens but 3.8% percent increase in Kyrgyz citizens compared to January 2014 (Schenkkan, 2015). These data show that there has been a slight decrease but not as high as argued in debates. It should also be noted that winter season is the time of departure for most of the Central Asian migrants and the new regulations require Tajik, Uzbek and Kyrgyz migrants to enter the country with their international passport (Hashimova, 2015).

In these circumstances, 2015 also does not seem to have new opportunities for Central Asian migrants who have limited options for new jobs. If they want to look for jobs in different countries, they will have to prefer moving to a border country such as Kazakhstan. But Kazakhstan could only accept a limited number of labor migrants. For example; in 2014 Kazakhstan issued 30,728 working permits and annually attracts approximately 30,000 foreign workers. But the country’s quota was mostly filled migrants from non-CIS countries such as China (31% percent), Turkey (20% percent) and India (8% percent) (Tashkinbayev; Satubaldina, 2015).

Another option for the migrants is returning home country. In this case, Tajikistan, Kyrgyzstan and Uzbekistan should be prepared for returning migrants who would significantly increase the unemployment rates in these countries. Among these countries, only Uzbekistan seems to get prepared for a potential return of its labor migrants. The Deputy Minister of Labor and Social Protection, Furqat Khalilov has stated that Uzbekistan has been planning to create 409.500 jobs in 2015 for migrant workers who want to return home. In addition, the Uzbek government will provide zero costs or lease unused state property. Within this program, commercial banks will also provide small loans for the returning migrants to develop their own businesses (Stanradar.com, 2014).

Despite all these incentives, the majority of labor migrants would prefer to find jobs in Russia, legally or illegally instead of living in their own countries. According to The Deputy Head of the Russian Federal Migration Service, Anatoly Fomenko, the number of illegal immigrants in Russia is more than 4.3 million most of whom are citizens of CIS countries (Moscow Times, 2014). This number is expected to increase since tight regulations and high employment costs have made it difficult to work legally in Russia (Bhavna, 2014).