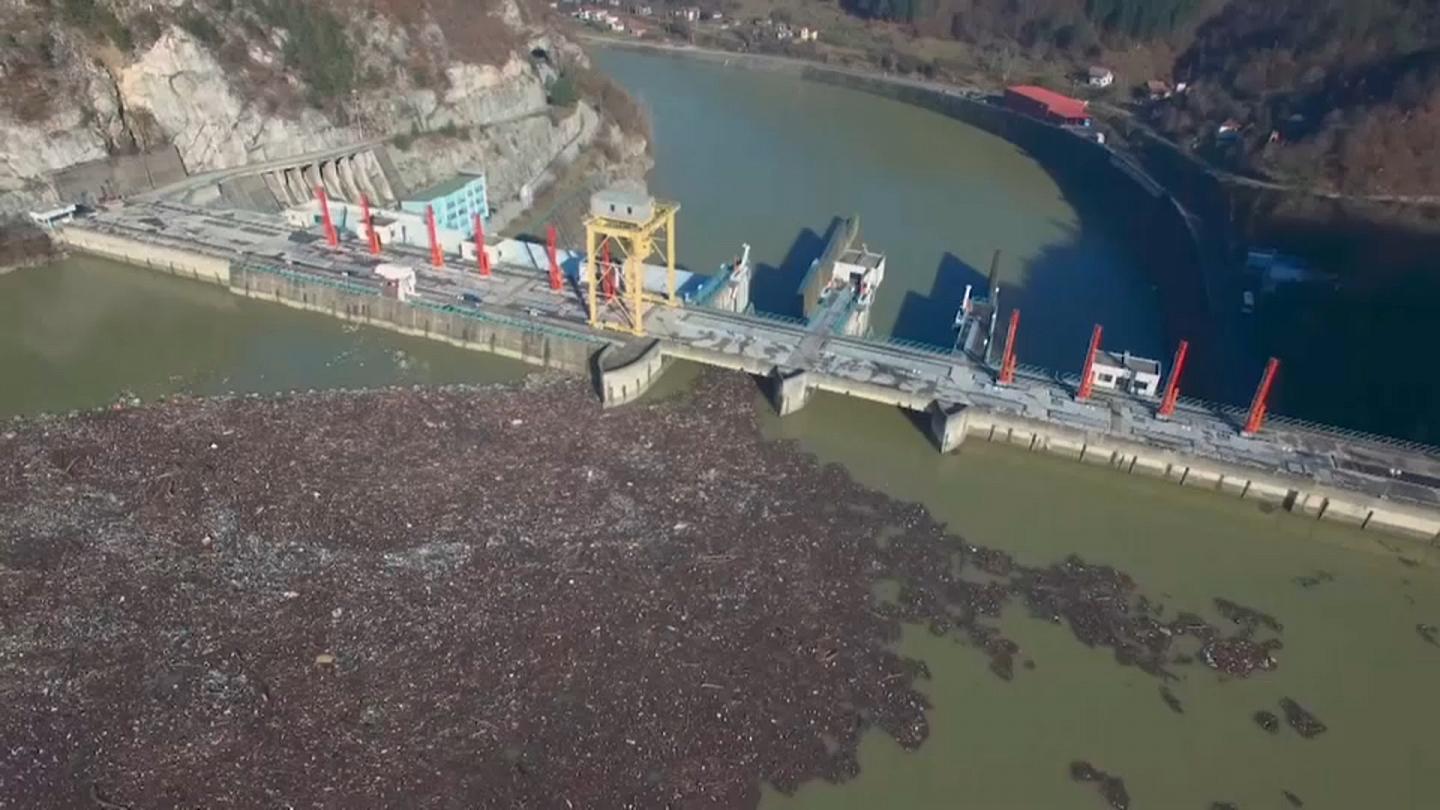 With the start of 2021, news agencies around the globe attracted public’s attention to the issue of floating waste in the Balkans, especially along the Drina and Lim rivers. It has been reported that during heavy rainfall events, waste was transported from illegal landfill sites to the local rivers contributing to the accumulation of waste in waters. Local NGOs in one of the Balkan countries, Serbia, have estimated that there are at least eight illegal landfills only along the Lim River: five in Montenegro, two in Serbia and one in Bosnia and Herzegovina [Gomez, 2021]. This analysis will evaluate environmental impacts of illegal landfill sites along the Drina and Lim rivers in the Balkans, as well as proposed ways of solving the crisis.

The Drina River is a river in central Balkans, Southeast Europe. The biggest tributary of the Drina River is the Lim River in Serbia [Leščešen et al., 2015]. The upper parts of the Drina River and its tributaries are sites of freshwater fishing, while downstream areas have a substantial hydroelectric potential, one of the major cities along the river, Višegrád, being a site of hydroelectric power plant [Britannica, n.d.]. Recent rains have caused the floating barrier near Višegrád, designed to stop the flow of plastic waste towards the hydropower plant, to collapse. Even with the installation of another barrier 2 km downstream, the management of the plant was forced to install cleaning up operations to fight against the build-up of garbage that threatens the plant.  Every year, 6,000 to 8,000 m3 of waste are pulled out of the river near Višegrád [Gomez, 2021]. Issues such as this one are common throughout the Balkans and do not only interrupt the work of hydroelectric power plants but also create long-term environmental impacts.

Enforcement of waste legislation is essential for an effective waste management system. Unfortunately, countries in the Balkans have a weak waste management and as a result, illegal municipal and industrial waste dumping has become a pressing issue. Partially, this is due to the lack of waste collection services; however, there have been reports of illegal waste dumping by waste operators [Hogg and Vergunst, 2017]. Average waste generation rate in Bosnia and Herzegovina was 0.89 kg per capita per day, totalling to 1.3 million tons of municipal waste in 2015. Even though 74% of waste is collected by waste collection services, only 1% of the waste is recovered, 33% is disposed in sanitary landfills, while the remaining waste is disposed in uncontrolled municipal landfills [Cero et al., 2018]. Most of the municipal landfills do not meet the standards of the Landfill Directive, but still hold an official license to receive waste. [According to the Council of the European Union [1999], the Landfill Directive, known as Council Directive 1999/31/EC [April 26, 1999], is a European Union [EU] directive on regulating waste management of landfills in the EU. The aim of the directive is to prevent and/or reduce negative effects on the environment, especially on surface water, groundwater, soil, air and human health from the landfilling of waste]. This poses an immense environmental stress for the affected areas and its surroundings. [Hogg and Vergunst, 2017].

An average of 60% of households in the Balkans pay waste collection fees. However, the fees are very low. For instance, in Serbia, in 2019, waste collection and disposal fees were around EUR 1.70-2.55 per household [Spasić, 2019]. This is caused by two main issues: first, the households are not willing to pay higher fees for poor waste collection services; second, the local governments are reluctant to increase the fees as it might decrease their popularity for future elections. The only way to break the loop is to increase the quality of services by collecting higher service fees that would lead to environmentally safe waste treatment and disposal [Hogg and Vergunst, 2017]. According to the assistant environmental protection minister for waste and wastewater management, Filip Abramović, the government of Serbia is planning to increase the fees by EUR 1-2 to improve the waste disposal service in the country [Spasić, 2019]. However, the improvements are yet to come. Moreover, recently, the Minister of Environmental Protection of the Republic of Serbia, Irena Vujović, stated that the government had obtained funding and would start planning to build waste recycling centres in eight regions of the country [Gomez, 2021].

Currently, plastic pollution is one of the main global concerns with almost 5 billion tons of plastic entering the oceans annually. Events such flooding, caused by rainfall and storm, collect and transport plastic waste on the land towards freshwater ecosystems. In the meantime, rivers play an important role in transporting plastic waste to seas and oceans. 80% of aquatic litter in the marine environments come from land-based sources, such as public littering, illegal waste dumping and industrial activities. It is worth remembering that plastic in the environment has a residence time of tens to hundreds of years. Moreover, plastic degradation leads to the generation of microplastics, plastic particles smaller than 5 mm [Bellasi et al., 2020]. Microplastics are easily utilized by benthic organisms either via consumption or via respiration. Moreover, microplastics accumulate in aquatic organisms and pose threat to biodiversity and human health.

To conclude, it is important for the Balkan countries to tackle the issue of illegal landfills immediately, as it is not only threatening the operations of hydropower plants but also creating an immense stress for the environment and the ecosystem.

Gomez, J. (2021). Illegal landfill sites along rivers in the Balkans are causing an ecology disaster. Euronews. Retrieved from https://www.euronews.com/2021/02/19/illegal-landfill-sites-along-rivers-in-the-balkans-are-causing-an-ecology-disaster. Accessed on 26.02.2021.

Hogg, D., & Vergunst, T. (2017). A comprehensive assessment of the current waste management situation in south east Europe and future perspectives for the sector including options for regional cooperation in recycling of electric and electronic waste. European Commission.