Implications of Pandemic for Labor Migrants of Tajikistan 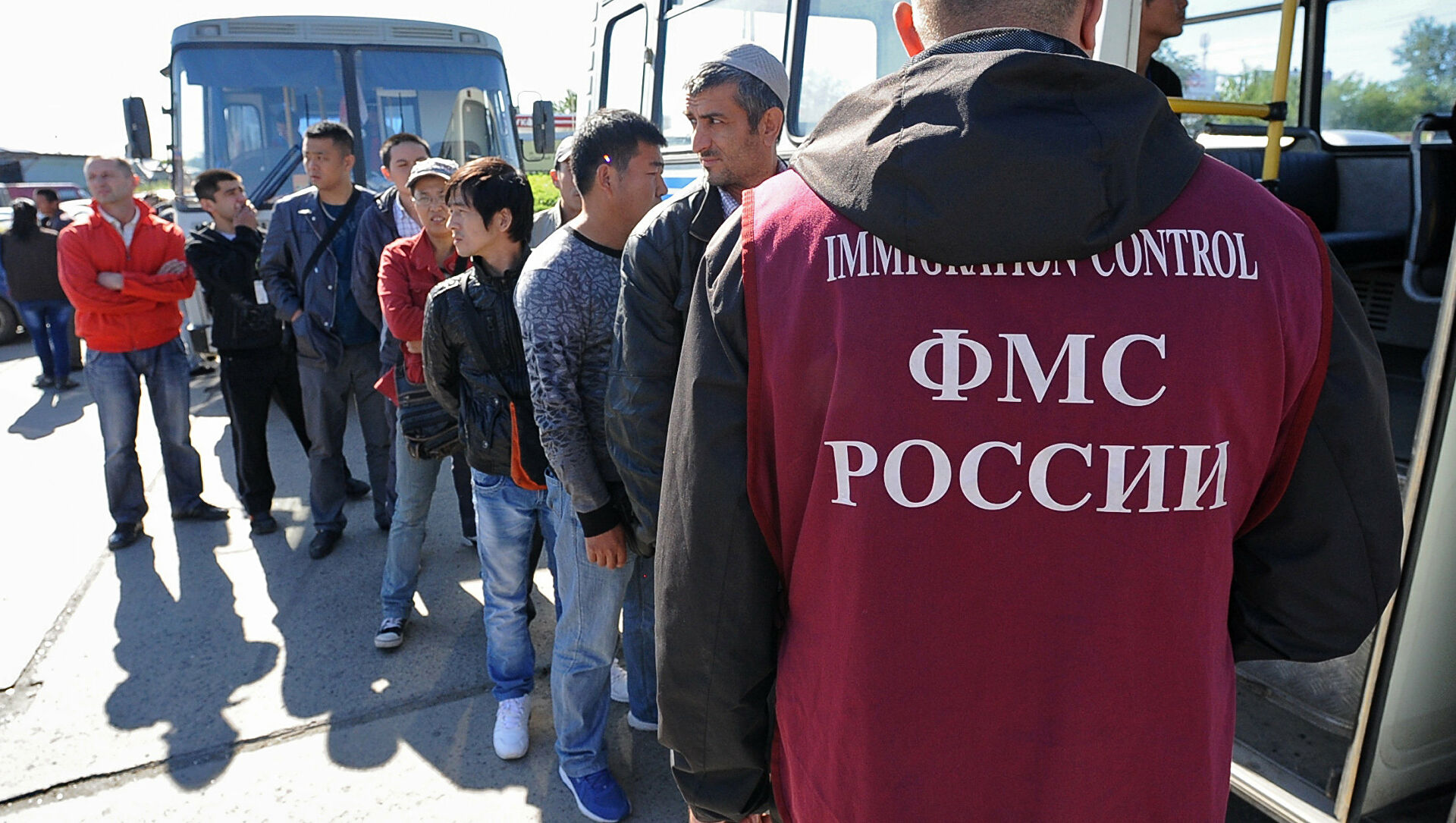 The pandemic created significant challenges for the movement of people. When governments were forced to ban international travels in order to prevent the outbreak of COVID-19, migrants became among the most affected by the consequences of such restrictions. Tajikistan, with its high dependence on labor migration to Russia, unfortunately, turned out to be among the countries that suffered the most from the consequences of closed borders. Therefore, when at the end of March, the Prime Minister of the Russian Federation Mikhail Mishustin announced easing restrictions from April 1, 2021, and Tajikistan was listed among the countries where the flights will be resumed, many households in Tajikistan were relieved.

However, despite that flights to Russia are resumed and Tajik labor migrants are desperate to travel to Russia, the limited number of flights and unaffordable prices for airfares impedes the plans of the majority. According to the media, from early April, Tajik citizens from all over the country have been crowded near the ticket office, yet the prices turned out to be triple higher than the officially declared. Russian officials allowed Tajik citizens to enter the country only by air and only Tajikistan’s Somon Air and Russia’s Utair can operate flights once a week. Since from the outset the Tajik government declared that only one company in Dushanbe is authorized to sell air tickets, a monopoly on the sale of air tickets led to unaffordable prices and buoyant demand. As a result, the need to leave for Russia created a stir among the population. Some families were forced to collect savings from all family members in order to buy one ticket to Russia with the hope that this relative would earn money and later other members of the family could buy tickets to join Russia. Others were compelled to sell their livestock, went into debt or took a bank loan [Najibullah, 2021].

In essence, the seasonal earning in Russia is the only way to survive for many Tajik households. Before the pandemic, seasonal labor migration to Russia was a major source of income for the one-third of Tajik population. According to different estimates, remittance revenues that are sent by Tajik migrants in Russia to their homes are equal to a volume which is over 30% of Tajikistan’s Gross domestic product (GDP). During 2013-2018, Tajik labor migrants transferred over USD 15 billion to their homeland only by official means, which exceeded several times attracted foreign direct investments during this period [Avesta, 2019]. Tajik authorities declare that over 700.000 labor migrants work in Russia [Kozlova, 2020], whilst the Russian authorities believe that the number reaches over 2 million people [Currenttime, 2019]. The majority of them work in the spheres of construction, maintenance, and provision of services.

Accordingly, more than one year of closed borders and absence of remittances severely affected the livelihood of such Tajik families. Many families faced food insecurity and cannot pay utilities. According to the Listening to Tajikistan survey of the World Bank, more than 80% of families that depend on remittances, spend their earnings primarily on food and other basic necessities [World Bank, 2020]. The decline of remittances from USD 2.6 billion in 2019 to USD 1.7 billion in 2020, based on the Central Bank of Russia, accordingly, significantly impacted the well-being of such families [Eurasianet, 2021]. Moreover, as the Listening to Tajikistan survey noted, in May 2020, more than 41% of the population reduced their food consumption, reporting going hungry, reducing dietary diversity, and worried about obtaining enough food. Households having “no savings” increased from 29% in January 2020 to 41% in May 2020, which presumably rose further since the borders remained closed for another year. Similarly, the number of families where nobody worked within the last 7 days increased from 20% in March to nearly 40% in May 2020 [World Bank, 2020].

The high level of poverty with over one-third of the population living below the national poverty level, along with an official 10% unemployment leave no other option rather than to work abroad [Zotova, Cohen, 2020]. The situation is exacerbated by the ongoing border tensions with neighboring Kyrgyzstan, the area where the majority of migrant families live. With the closure of the Kyrgyz borders, Tajik citizens also lost an alternative route to Russia via Bishkek.

Noteworthy, in Russia, Tajik labor migrants work under patent, albeit not all migrants register their status and work officially. Recently, the Russian authorities announced that after June 15, 2021, the “coronavirus moratorium” will be completed and illegal immigrants will be deported. As of April 2021, over 247.000 Tajik citizens work illegally [RT, 2021]. For three or more administrative offences such as lack of work patent, residential registration, or traffic violations, the Russian authorities issue entry bars (zapret na v’ezd). In 2016, over 300.000 Tajik labor migrants fell under such bans [Zotova, Cohen, 2020].

Consequently, conditions of Tajik labor migrants are far from satisfied, whilst the combination of economic difficulties at home and strict labor conditions in Russia challenges the wellbeing of them. Despite the importance of labor migrants for the Tajik economy, the Tajik government does not react sufficiently to the problems of migrants in Russia. Strict migration policy, racist attacks, along with frequent violations of the rights of migrants and their family members are problems with which migrants have usually to deal with [Anti-discrimination Centre “Memorial”, 2017]. However, despite those difficult conditions, it seems that without a job in Russia, one-third of Tajik people could hardly make ends meet. Pandemic once again demonstrated that implications of the closed borders are dramatical for Tajik economy, hence the government has to reconsider the role of labor migrants and support their efforts.

Anti-discrimination Centre “Memorial” (2017). List of problems related to the violation of the rights of migrant workers from the Republic of Tajikistan, to the UN Committee on the Protection of the Rights of All Migrant Workers and Members of Their Families (CMW), to the 27th session of the UN CMW, September 4-13, 2017. Retrieved from https://tbinternet.ohchr.org/Treaties/CMW/Shared%20Documents/TJK/INT_CMW_NGO_TJK_28520_R.pdf. Accessed on 20.05.2021.

Avesta (2019). Migrants send much more money to Tajikistan than foreign investments entering the country. Retrieved from http://avesta.tj/2019/12/27/migranty-otpravlyayut-v-tadzhikistan-gorazdo-bolshe-deneg-chem-postupayushhie-v-stranu-inostrannye-investitsii/. Accessed on 20.05.2021.

Currenttime (2019). In five years, the flow of migrants from Tajikistan abroad has decreased by 40%. Retrieved from https://www.currenttime.tv/a/tajikistan-migrants-workers-money/29756218.html. Accessed on 20.05.2021.

Eurasianet (2021). Tajikistan: Russia opened its doors, everyone rushed to the air ticket offices. Retrieved from https://russian.eurasianet.org. Accessed on 20.05.2021.

RT (2021). The Ministry of Internal Affairs demanded from the CIS countries to pick up illegal migrants by June 15. Retrieved from https://russian.rt.com/russia/news/853497-mvd-nelegaly-sng. Accessed on 20.05.2021.

World Bank (2020). Economic and Social Impacts of COVID-19: Update from Listening to Tajikistan. Retrieved from https://reliefweb.int/sites/reliefweb.int/files/resources/TajikistanL2TCOVID19Update.pdf.  Accessed on 20.05.2021.