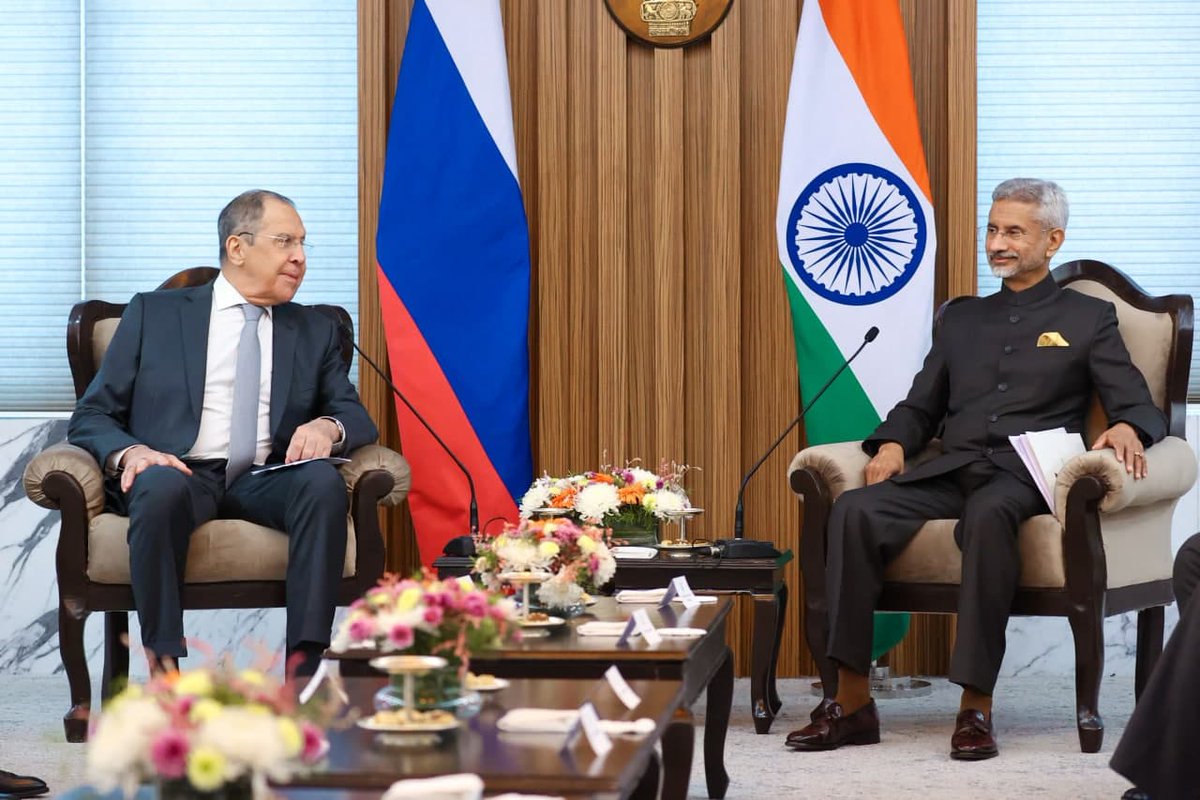 Since the start of Russia’s invasion of Ukraine, India is trying to sit in two chairs at once in its foreign diplomacy. While having a strategic partnership with both the US and Russia, India is avoiding any public condemnation of Russia despite the pressure of the West. India’s formula of the cessation of violence which has been highlighted since the beginning of the war allows balancing India’s position while at the same time benefiting from the effects of war sanctions.

India’s interaction with Russia dates back to Indo-Soviet relations, which in 1971 were framed under the Treaty of Peace, Friendship and Cooperation. During the Soviet years, relations with India were considered the most exemplary relationship with the non-socialist states, the legacy of which Russia continues nowadays. In particular, India heavily relies on the military exports from Russia – over 85% of India’s arsenal is filled with Russian or Soviet-made weaponry [France24, 2022]. Despite that India during the last decade has been trying to diversify its military exports, primarily to France, Israel, the UK and the US, there is no way to replace the reliance on Russian equipment soon. According to some experts, it might take at least a decade because the dependence is not only on planned exports but also on the maintenance of existing equipment and the purchase of spare parts [Kirby, 2022]. The US Congressional report from October 2021 mentioned that the Indian army cannot manage without Russian-supplied equipment and will depend on Russia in the near and middle term [Menon, 2022]. As for the planned exports, India agreed to buy five of the most sophisticated missile defense systems S-400 back in 2018, which Russia started to supply in 2021. The special prices provided by Moscow are also much cheaper than other countries can provide, making Russian weapons economically beneficial for India. Apart from that, India’s cooperation with Russia is wider than just a sale and purchase relationship. Russia is involved in the construction of joint ventures in India under the Make in India program that includes the manufacturing of spare parts, components and even the manufacturing of Kalashnikov assault rifles in India [RadioFreeEurope, 2021]. With the current sanctions on Russia, India certainly will take steps to diversify its dependence on Russia, yet at the moment there is not much choice for India rather than continuing planned arrangements.

The Western powers concede India’s military dependence on Russia and sometimes turn a blind eye to India’s indecisiveness including when India had several times abstained on the United Nations Security Council and General Assembly resolutions regarding the Russian invasion in Ukraine. During the last online meeting of Quad (March 2022) – where India, the US, Australia and Japan are members – India’s position was vague in comparison to the strong denouncement of other Quad member states on Russia’s aggression. During the U.S.- India 2+2 Ministerial Dialogue in April 2022, the sides also discussed a major defense partnership between the US and India, yet the position on Ukraine was mentioned only in regard to the humanitarian crisis [US Department of State, 2022]. The U.S and other Western allies understand in principle India’s dependence on the Russian military, but sometimes with some degree of annoyance.

India tries to avoid any irritations of the Western coalition while balancing its cooperation with its strategic partners. India’s balancing strategy however does not prevent benefiting from sanctions on Russia. Specifically, India extracted a good discount on Russian oil exports thanks to sanctions. Following the sanctions when many companies had to suspend their oil purchases from Russia, the prices of Russian oil had fallen. As a result, India’s oil purchases from Russia more than doubled this year. For example, in January and February, India did not buy any Russian Ural oil, yet the supply volumes from March to June exceed the volume of purchases in all of 2021 [Menon, 2022]. Reuters reveals that since the start of the war in Ukraine, India already received 34 million barrels of oil from Russia in comparison to 16 million barrels in all of 2021 [Verma & Ahmed, 2022]. Although some U.S. officials consented that India’s purchase of Russian oil does not break the sanctions regime, there is a certain pressure on India for its purchase of discounted Russian oil [Mohan, 2022]. The Indian government on its side argues its overall need for oil and asks not to politicize its legitimate energy purchases [Verma & Ahmed, 2022].

There are also problems with payments due to the disconnection of Russia from the SWIFT system. The governments are planning to shift to the rupee-ruble payment method, which actually is not new in Indo-Russian relations. During the Soviet times, Soviet-Indian cooperation was flourishing due to the USSR’s commitment to pay exports in rupees, which led the USSR to become the largest importer of Indian commodities.

India’s strategy to balance its partnership is also connected with China’s growing regional influence. China along with India is among the countries that remain neutral to Russia’s aggression, refusing to impose financial sanctions against Russia, at the same time sympathizing with Russia’s concerns over the expansion of NATO. Noteworthy, they all work within the Russia–China–India triangle, causing debates on forming new anti-Western allies. Yet neither China nor India is interested in sacrificing their greater political cooperation due to the Ukraine crisis. However, the recent visit of Russian Foreign Minister Sergey Lavrov in March-April 2022 first to Beijing and then to Delhi speculated many debates on the real position of hosted governments. However, both India and China are interested in gaining economic preferences from Russia but avoiding joining the Western coalition against Russia.

Overall, in spite of the well-established and long-lasting cooperation between India and Russia, Russia’s war in Ukraine clearly demonstrates the need to diversify India’s reliance on the Russian military and economic partnership. Depending on the outcomes of Russia’s invasion of Ukraine and the scale of Western sanctions on Russia, the ‘special and privileged strategic partnership’ between India and Russia might be significantly transformed. Despite India’s purchase of Russian discounted oil, fertilizer, and other commodities at a time when Russia needs new buyers for its products, in a long-term perspective, India need to reconfigure its relations with Russia in a more balanced way.

France24 (2022). India tries diplomatic dance on Ukraine, but Russia is an awkward partner. Retrieved from https://www.france24.com/en/asia-pacific/20220322-india-tries-diplomatic-dance-on-ukraine-but-russia-is-an-awkward-partner. Accessed on 22.05.2022.