Overview of Prospects for the Central Asia–Afghanistan Energy Cooperation* 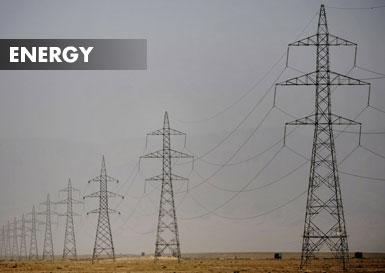 Afghanistan is one of those cases where security, energy and economic development are so closely inter-related. Without any single link of the chain ensuring political stability, economic prosperity and social security in the country would be highly problematic. At the moment, due to limited energy production capacity the country is not capable of meeting its demand. Luckily for Afghanistan, however, it is surrounded by several states on the North–West willing and capable of supplying electricity, gas and light oil products so that the country could to some extent improve its energy security. Experts and decision makers promoting regional energy projects to ensure greater energy security in the country emphasize the importance of such initiatives without which security and economic prosperity would not be achieved. Yet not everyone is that optimistic about the regional-level energy projects and put them in the category of myths and dreams. One of the major challenges remains limited financial capabilities of Afghanistan itself and due to high security risks lack of interest from other potential investors. Does it imply, however, that initiatives to establish major regional energy infrastructures should be abandoned? The answer is most likely no! And there is an actor willing to give these projects new impetus.

Afghan authorities often emphasize the importance of energy for the economic development of the country. As was mentioned in the Afghanistan National Development Strategy, for instance, “Energy is [Afghanistan’s] top economic development priority” and “[is] the motor that powers [Afghanistan’s] growth.”[1] Over a 30-year long ongoing conflict in Afghanistan seriously limited country’s ability to develop its energy potential as well as establishing a country-wide infrastructure to ensure distant population spots connected to the integrated power transmission and gas pipeline systems. That is why, for the moment, to ensure greater energy security Afghanistan has to rely on energy supplies from abroad.

There are also large energy projects designed to meet energy needs of Afghanistan with Central Asian energy supplies. The idea to build the Turkmenistan–Afghanistan–Pakistan–India pipeline with the capacity to transport 33 billion m3 first emerged in the middle of 1990s. While the Asian Development Bank has carried out feasibility study of the project and found it economically viable and showed even the willingness to financially support the construction of the TAPI pipeline,[4] no party has taken a responsibility to cover or significantly contribute to the construction of the pipeline with the total cost of US$7.6–10 billion.[5] At the same time, President of Turkmenistan Gurbanguly Berdymukhamedov during his speech at the VI International Gas Congress on May 19, 2015 highlighted that he truly believes in the successful implementation of the TAPI project.[6] And, while some argue that no progress has been achieved so far, Turkmen authorities have recently announced that the construction process has been started on their side.

The government of Afghanistan has adopted a National Energy Supply Program 2030, which focuses on energy supply, transmission and distribution, energy efficiency, reinforcing institutions and private sector participation. Within the framework of this program authorities plan to increase electrification rate from 30 percent to 83 percent through an integrated power system, increase domestic power production capacity almost 3 folds and, of course, power exchange options.[9] These goals can only be achieved with the support of outside donors. High-level security risks are important factors pushing many investors away from the regional-level energy projects. However, there are certain organizations supporting projects that may not be attractive to others. The Asian Development Bank is Afghanistan’s largest development partner in the energy sector the overall grant assistance of which is about US$ 2.2 billion.[10] The Asian Development Bank, for instance, has agreed to provide US$ 1.2 billion of grants for the implementation of energy projects in Afghanistan in between 2015 and 2025 with the purpose to: (a) boost the energy supplies; (b) improve power sector efficiency; and, (c) promote regional trade with a particular focus on the Central Asian gas and electric power supplies.

There is indeed a high security risk in regards to stable functioning of energy transporting infrastructures from Central Asia to Afghanistan. Pipeline infrastructure and electric power transmission lines often run over long distances through sparsely populated and therefore only poorly guarded territory. Once damage has been done, it often takes time until the status quo is restored. A recent Taliban attack on electric power transmission line connecting Uzbekistan and Kabul is a clear example showing the seriousness of the threat.[11] At the same time attacks on the smaller electric power transmission lines shows that not only large energy projects but also local energy infrastructure can be and is a target for insurgent groups. While abandoning risky energy projects in Afghanistan is what some decision makers and experts insist on, this will not make a big difference as in an environment of insecurity every project, small or big, is under threat. In this regard, instead of abandoning or postponing projects parties should search for alternative on how to provide higher security for the energy infrastructure.