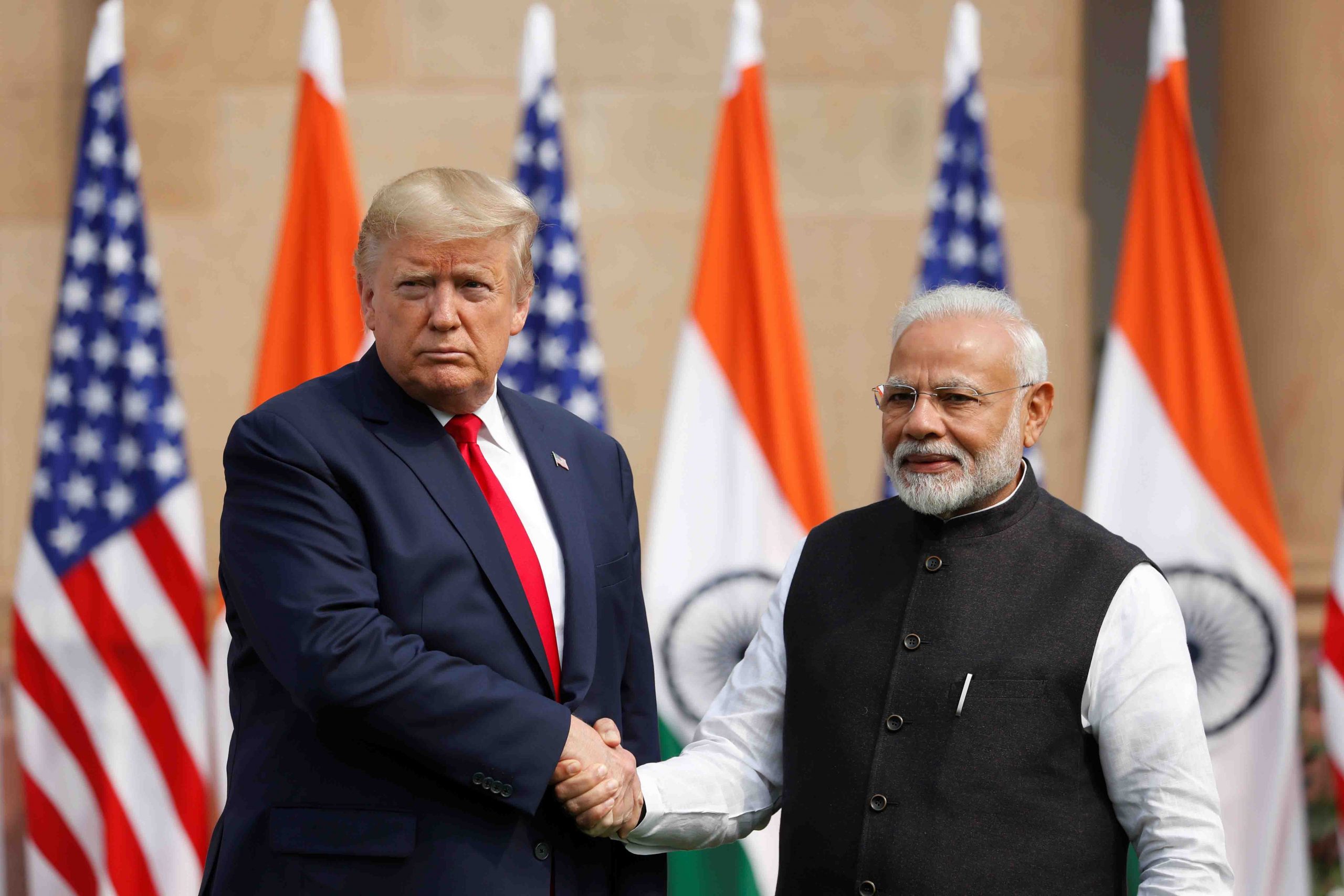 On February 24-25, 2020, U.S. President Donald Trump made his maiden visit to India. Traveling with First Lady Melania Trump, he visited Ahmedabad and Agra before heading to New Delhi. During the visit, the parties signed important agreements on defense, energy, and counterterrorism, but did not discuss a trade deal [Gupta, 2020].

Notably, the greeting of the U.S. President took place in the brand new cricket stadium, the largest in the world, in the presence of 100,000 participants in Ahmedabad city, Gujarat. Following warm welcomes and exchanges of “Namaste”, President Trump and Prime Minister Modi demonstrated commitment to continue their political ‘bromance’ in their speeches and gestures. As part of the trip, they visited Mahatma Gandhi’s former residence in Ahmedabad and the most popular tourist destination in India – the Taj Mahal, the “monument of love” in Agra, Uttar Pradesh. On the next day, the trip was concluded in New Delhi, where the high guests participated in a wreath-laying ceremony at Raj Ghat, a memorial of Mahatma Gandhi, followed by a meeting with the Indian business community and officials.

Besides the introduction to the Indian historical and cultural legacy, the visit had a number of implications for the U.S.-India relations. First, the parties signed an enhanced defense cooperation agreement, according to which India will purchase advanced U.S. military equipment worth more than $3 billion, including Apache and MH-60 Romeo helicopters. Prime Minister Modi also emphasized that Indian forces are actively involved in military training exercises with U.S. forces. In addition, the U.S. International Development Finance Corporation will establish its office in India in order to work on regional infrastructure projects, including renewable energy. Given that the total bilateral trade in energy resources is about $20 billion, energy cooperation is another advanced element of the U.S.-India relations. Further, the parties stressed the importance of expanded cooperation within the Quadrilateral Security Dialogue, or the Quad Initiative, an informal strategic arrangement between the United States, India, Australia, and Japan, which both sides see as revitalizing their relations in the security sphere [The White House, 2020].

At the same time, the most anticipated theme – the negotiations on a trade agreement – was not included in the agenda of the visit. It was expected that the first phase of a deal would be reached during President Trump’s trip to India. However, several days before the visit, it was announced that the trade issues would not be discussed. Even though India is interested in reaching a compromise on a trade agreement, it is most likely that the United States intends to expand the list of demands. Moreover, even if a trade deal is signed, it seems that a free-trade agreement will be excluded from a final document [Cloen and Nooruddin, 2020]. In particular, considering the upcoming U.S. presidential election and emerging concerns about the world economy, it is very unlikely that the Trump administration will compromise.

The mutual trade frictions occurred due to the U.S. imbalance in trade with India. The trade turnover grew annually at an average rate of 7.59% during 2008-2018 and doubled from $68.4 billion to $142.1 billion, with the U.S. trade deficit reaching almost $24 billion [The Economic Times, 2019]. Thus, given that trade with India accounts for approximately 3% of the total U.S. trade, such trade imbalance for the United States is quite significant. The situation is aggravated by the fact that the U.S. trade balance with the majority of countries is negative. In order to change the situation, in 2018, the Trump administration introduced protectionist measures by imposing stiff tariffs on steel and aluminum imports. Furthermore, on June 5, 2019, the United States terminated India’s preferential trade status under the U.S. Generalized System of Preferences (GSP) according to which developing countries have duty-free access to the U.S. market. For India, which was the largest beneficiary of the GSP in 2018 with over one-tenth of its exports entering the United States without paying any taxes, the removal of the status became a notable issue. The GSP termination was justified on the grounds that India did not provide the United States with a sufficient level of access to its own market. As a response, India also imposed duties on 28 U.S. products [Congressional Research Service, 2020; Council on Foreign Relations, 2020]. Consequently, bilateral trade has become a stumbling block for cooperation between the two countries, and expectations that the U.S. and Indian leaders would find a common solution during the visit did not come true.

At the same time, Washington and New Delhi have a lot of common tasks. As the countries that share democratic values, India, the world’s largest democracy, and the United States, the world’s most powerful democracy, agreed to strengthen their mutual comprehensive global strategic partnership. By working within the Quad Initiative, the United States-India-Japan trilateral summits, and the 2+2 ministerial meeting mechanism of the U.S. and Indian Foreign and Defense Ministers, the countries are interested in balancing the regional forces, in addition to India’s attempt to be an Asian counterweight to China. Indeed, China is a common concern for both sides. It is no coincidence that President Trump’s security concerns over the implementation of 5G by the Chinese company Huawei were repeated during his visit, but India did not make any decision on this issue. Nevertheless, the competition between the United States and China on the one side and between China and India on the other strengthened the U.S.-India dialogue at the global and regional levels. Thus, with the aim of challenging China both regionally and globally, Washington and New Delhi seek to preserve their interests, yet, in many cases, their interests are naturally diverging. For instance, despite enhanced defense cooperation, in the absence of structural reforms in the Indian defense policy, it is difficult to gain full advantage of this cooperation [Tellis, 2018]. The present trade relations are another example of the poor implementation of full-fledged partnership between the two countries.

Overall, the trip of President Trump became another attempt to show the strategic nature of the U.S.-India relations that had been formed during the first bilateral Strategic Dialogue back in 2010. The expectancies from the high-level visit were the strengthening of strategic cooperation in priority areas such as defense, energy, and security, as well as the achievement of a compromise on an interim trade agreement. Consequently, even though the two leaders did not announce any substantial progress or changes in the relations between the United States and India, the overall trend shows that the ‘bromance’ between Trump and Modi will continue further and may bring more relevant results in the future.

Gupta, Anubhav (2020). Despite the Trump-Modi ‘Love,’ Trade Is Still the Weak Link in U.S.-India Relations. Retrieved from https://www.worldpoliticsreview.com/articles/28579/despite-the-trump-modi-love-trade-is-still-the-weak-link-in-us-india-relations. Accessed on 10.03.2020.

The Economic Times (2019). India and US bilateral trade at crossroads: report. Retrieved from https://economictimes.indiatimes.com/news/economy/foreign-trade/india-and-us-bilateral-trade-at-crossroads-report/articleshow/70256427.cms. Accessed on 10.03.2020.