Prospects and Problems of the Kashagan Field 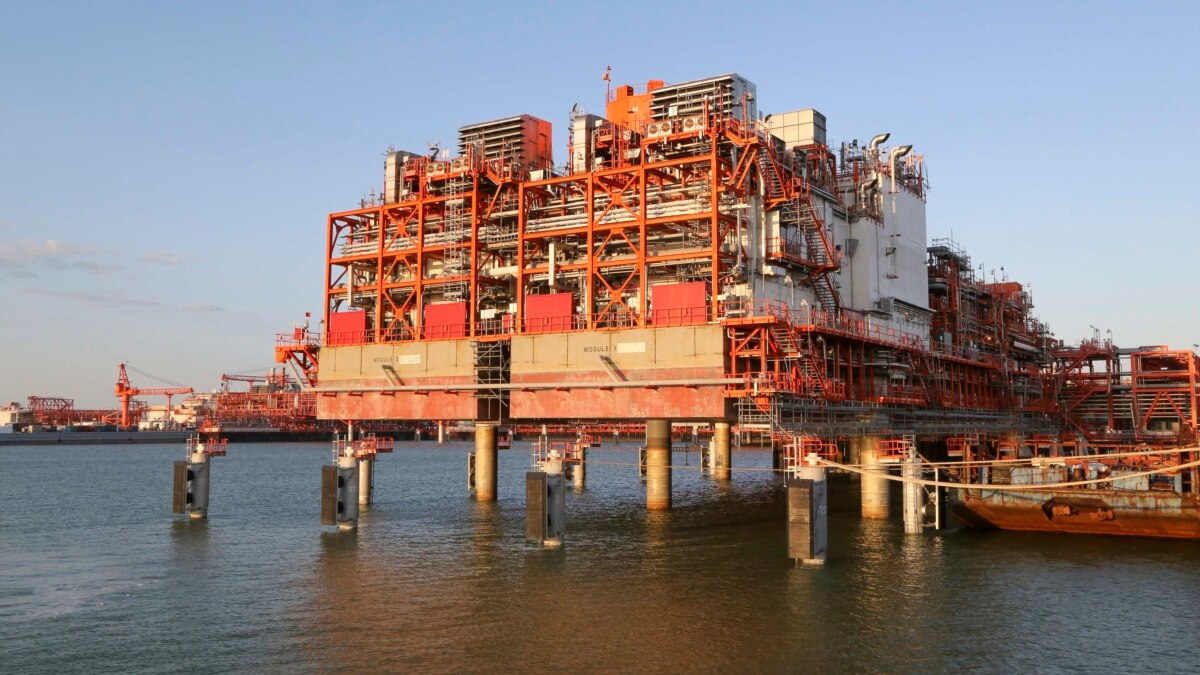 The development of the Kashagan field in the harsh offshore environment of the North Caspian presents a unique combination of technological and supply chain challenges. These difficulties are associated with ensuring the safety of production, solving engineering, logistics and environmental problems, which make this project one of the largest and most complex industrial projects in the world. Due to the shallow waters and cold winters in the North Caspian, the use of traditional drilling and production technologies such as reinforced concrete structures or jack-up platforms installed on the seabed are not possible. To provide protection from harsh winter conditions and ice movements, offshore structures are installed on artificial islands. There are two types of artificial islands: small “drilling” islands without personnel and large “islands with technological complexes” with service personnel [Urbaniak et al., 2007].

In order to overcome the technical and financial difficulties, the North Caspian Sea Production Sharing Agreement on operating the field was signed between the seven transnational petroleum companies, namely Agip, British Gas, British Petroleum, Mobil, Shell, Statoil, Total and KazakhstanCaspiShelf on behalf of the Republic of Kazakhstan in 1997 [Ncoc.kz 2007]. Since the signing of the Production Sharing Agreement for the Northern Caspian, the consortium has changed six times. Five companies namely KazakhstanCaspiShelf (1998), Statoil and BP (2001), BG (2005) and ConocoPhillips (2013) left the project. At the moment, the consortium includes the Italian Eni (16.807%), Kazakh KazMunayGas (16.877%), French Total (16.807%), American ExxonMobil (16.807%), Anglo-Dutch Shell (16.807%), China National Petroleum Corporation (CNPC, 8.333%) and Japanese Inpex (7.563%)  [Konyrova, 2015]. As can be seen, Kashagan field is operated by western companies as well as with the contribution of Chinese and Japanese companies.

On the other hand, the project management model has changed four times. Since 1998, the Offshore Kazakhstan International Operating Company has carried out exploration work at Kashagan. In 2001, Agip became the single operator of the field. Then in 2009, after a series of negotiations, a complex multi-level project management was developed through the joint company North Caspian Operating Company (NCOC), where each of its participants was responsible only for their own area of work [Ilie, 2015]. The last fourth change in project management came in June 2014, when ExxonMobil was brought in to lead the consortium, replacing Agip, with the aim of integrating project and risk management into the hands of a single operator rather than multiple companies. The choice in favor of ExxonMobil was probably determined by the need to remove the tough confrontation between Shell and Agip within the consortium [Maratova, 2014].

The Kashagan field started operation with Vostok 1 well in 2000. The start of oil production was postponed several times and it was announced that it would be launched in 2012, but the first production was made on September 11th, 2013. However, two weeks later, the operation of the field was suspended after the discovery of leaks on the pipeline. The oil in the Kashagan is of high quality, but with a high of the gas-oil ratio, containing hydrogen sulphide and mercaptans. The gas with high sulfur content provoked the first shutdown of the field in 2013. The damaged areas were replaced, but not having time to start, on October 9th, 2013, the oil production at the Kashagan was again suspended after new leaks were discovered. The replacement of the pipelines did not give the expected result and the opening of the field was postponed until 2016.

Therefore currently, the project is faced with new problems caused by the shallowing of the Caspian Sea: 1) the water depth in the area of the Kashagan field is 3-4 m, 2) the field is located in an area with a difficult ice regime – low mineralization due to the proximity to the area where the Volga River flows into the Caspian Sea, which is covered with ice with an average thickness of 0,6-0,7 m for 4-5 months, 3) for more than 10 years in the northeastern part of the Caspian, there has been a tendency towards a decrease in the average annual water level, 4) in comparison with 2005, the sea level in this area has decreased by more than 1 m and this trend may continue in the future [Alifirova, 2021].

In the context of infrastructure improvement works, the Ministry of Energy of Kazakhstan and NCOC expect to finalize the concept of further expansion of the field by the end of 2021. In 2021, within the framework of the project, it is planned to start construction of a gas processing plant with a capacity of 1,1 billion m3 per year of natural gas. It is also planned to increase oil production up to 10 million tons per year [Alifirova, 2021].

It is worth mentioning that a huge investment of around 55 billion dollars has been made in the Kashagan field and the Kazakh government and its foreign partners are hopeful for the future of the field. Thus according to the Minister of Energy of Kazakhstan Nurlan Nogayev, in January-August 2020, oil and condensate production in Kazakhstan amounted to 58.3 million tons and 10.4 million tons of this number was produced from the Kashagan field [Shevchenko, 2020]. This number is expected to increase with overcoming all problems and the completion of new infrastructure works.

The Kashagan project, initiated by the Kazakh government and its foreign partners with great hope and enthusiasm, was stopped and continued several times due to many reasons and difficulties mentioned above. With each new launch, the failures occurred, both for technical reasons and for air-water characteristics, and the change in project management several times led to a slowdown in project implementation. However, during the time of the problem, the Kazakh government and its partners did not stop trying to put the field back into operation, which was costly and under difficult conditions. For this reason, it is hoped that the project, in which high investment has been made and efforts are spent, will overcome the difficulties in the future and further increase its production to desired capacity.

Alifirova E. (2021). Kashagan Field may Face the Threat of Shutdown. Retrieved from https://neftegaz.ru/news/oilfield/675050-kashaganskoe-mestorozhdenie-mozhet-stolknutsya-s-ugrozoy-ostanovki-na-etot-raz-iz-za-obmeleniya-kasp/. Accessed on 30.04.2021.

Chijevski A. (2020). The Cumulative Volume of Oil Production at the Kashagan Field in Kazakhstan since the Restart Has Reached 40 Million Tons.  Retrieved from https://neftegaz.ru/news/dobycha/539689-nakoplennyy-obem-dobychi-nefti-nakashaganskom-mestorozhdenii-v-kazakhstane-s-momenta-perezapuska-do/. Accessed on 30.04.2021.

Informburo.kz (2018). The Sharply Decreased Volume of Oil Production at Kashagan will be Restored in April. Retrieved from https://informburo.kz/amp/novosti/rezko-upavshiy-obyom-dobychi-nefti-na-kashagane-vosstanovyat-uzhe-v-aprele.html. Accessed on 30.04.2021.