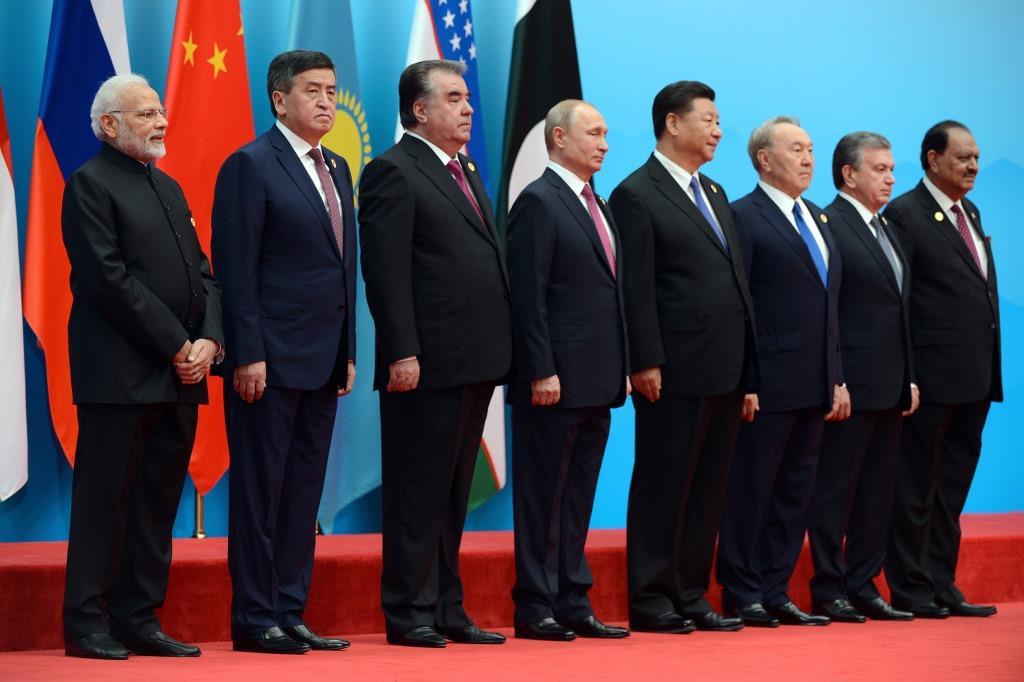 Initially, since its inception, the path of the Shanghai Cooperation Organization (SCO) was specific and not similar to any other multilateral political organization. This was the first-ever consolidation initiative by China, Russia, and the Central Asian states. The SCO emerged out of the Shanghai Five, created in 1996 with China, Russia, Kyrgyzstan, Kazakhstan, and Tajikistan as the founding members. In 2001, the Shanghai Five was expanded and renamed as the SCO with the inclusion of Uzbekistan. In 2005, Pakistan, India, Iran, and Mongolia joined as observers.

The alliance of these countries aroused suspicion in the Western states leading them to claim that it embodied the reemerging Cold War era. Thus, the aims and objectives of the organization were interpreted in various ways: from the military bloc to the peacekeeping organization with a humanitarian mission. Some regarded the SCO as an entity promoting economic cooperation, but, according to then SCO Secretary General Rashid Alimov, the institution is not a classic example of economic integration in which maximum unification is achieved by delegating a significant part of sovereign prerogatives to supranational bureaucratic institutions [Alimov, 2017]. In fact, since 2001, the SCO has gone a long way of institutionalization, becoming a systemic mechanism for countering terrorism. The SCO has put at the forefront the solution of security problems that began with the demarcation and delimitation of the borders between the newly independent states of Central Asia and China. Except for the period of their medieval statehoods, the Central Asian countries had no previous practical experience of interaction with China at the diplomatic level under the current international law. Therefore, for them the SCO has become a step-by-step mechanism for developing their own strategy towards China at the multilateral level, since it was more beneficial for them to negotiate in the presence of Russia – their traditional partner and ally, as well as the so-called superpower-counterweight. The main task for China was to prevent the Central Asian states from supporting the separatist movement in Xinjiang, in connection with which the concept of “fighting three evils”, separatism, extremism, and terrorism, was developed. Thus, China has secured the support of the Central Asian countries on the issue of counter-terrorism in the region; moreover, the unprecedented practice of holding joint military exercises “Peaceful Mission” has become possible.

It should be noted that all the activities and concepts within the framework of the SCO are called as peace initiatives. The SCO member states have attempted to increase the functions of the SCO, from the implementation of the SCO Multilateral Trade and Economic Cooperation Program (2003) to proposals for the creation of the SCO Free Trade Zone. However, the issue of the organization’s expansion has always remained relevant to the organization. The SCO gradually increased the number of observer states and states with the “dialogue partner” status, but the dilemma was whether to accept new full-fledged members to the SCO. The issue was long delayed and blocked by some of the states. Both China and Russia repeatedly stated that the organization would not incorporate new members despite Pakistan’s and India’s active campaign for the SCO membership. However, this attitude has changed in recent years; while Moscow supported New Delhi’s bid for the membership, Beijing, arguably the main player in the SCO, supported Islamabad’s bid. The consensus between China and Russia was reached during the 2015 SCO summit in Ufa, Russia, where the SCO announced its decision to include Pakistan and India as members. In 2016, India and Pakistan signed their commitment memorandums. During the 17th SCO summit in Nur-Sultan in 2017, Pakistan and India were formally accepted as the SCO members [Zeb, 2018]. Thus, this was the first expansion of the organization, which, obviously, was the result of the lengthy negotiations, and, most importantly, a change in the conjuncture of regional relations among the SCO founding countries.

On June 9-10, 2018, the 18th SCO summit was held in Qingdao. The summit has been marked as the final stage of the organization’s expansion, as well as the starting point for further development after such transformation. The location was also of importance, since China has been the engine of organization’s development [Cooley, 2018]. Currently, the SCO includes eight full members, four observer states, six dialogue partners, the permanent secretariat in Beijing, and the Regional Anti-Terroristic Structure (RATS) in Tashkent. The Qingdao summit set up new development priorities; it is obvious that China and Russia seek a new geopolitical agenda for the SCO. China always was the main architect of the SCO ideological base. However, the new international environment and China as an emerging superpower made a great influence on the SCO. Chinese President Xi Jinping stated that the SCO countries should stay committed to the Shanghai Spirit, pursue common, comprehensive, cooperative and sustainable security, reject the Cold War mentality and confrontation between blocs, and oppose the practices of seeking absolute security of oneself at the expense of others, so as to achieve security of all [Xinhua, 2018]. Xi Jinping connected these aims with the Chinese concept of the ‘Community of Common Destiny’, which is a newly established global governance strategy of Beijing.

– The growing contradictions of the concept of world order and security between the SCO and the West. The SCO adheres to the new security concept based on “mutual trust, mutual benefit, equality and cooperation” and the concept of “an indivisible security space with due regard to the interests of all states without exception” in international relations. According to some Chinese researchers, these concepts are incompatible with the Cold-War mindset of the conservative forces of the West [Mingwen, 2018]. Despite the fact that the SCO member states insist that the SCO is an open regional organization based on the UN principles and is not a military alliance, Western countries continue to insist on the military, as well as the anti-Western, role of the SCO. Thus, some scholars refer to the possibility of defense cooperation within the SCO framework expanding from terrorism to alleged threats posed by the United States [Weitz, 2018]. Others consider the SCO as a military bloc analogous to NATO, taking into account the SCO military exercises and the negative attitude of its major members towards a possible deployment of NATO military bases in Central Asia [Vinokurov and Libman, 2012].

– Coordinating activities of the SCO member states. The structure of the SCO, the most significant element of which is the RATS, is often characterized as ineffective. However, over the years of its existence, the SCO underwent a process of institutionalization, a negotiating mechanism was established on the most significant issues of Eurasia, and the level of trust among the participating countries increased. At the same time, with the acceptance of the new members, the collaborative decision making mechanism can become even less smooth. Moreover, historical disputes and continuing tensions between India and China, as well as India and Pakistan, can have a complex effect on the previously harmonious atmosphere and the Shanghai spirit in the SCO. Obviously, the presence of the new large players can lead to large conflicts of interest. If earlier researchers spoke about the four SCO ‘wheels’ – security, economy, culture, and education, then under present-day conditions it is important to preserve and organize the work of at least two functions of the organization – security and economy. Even a greater unevenness in the economic development of the participating countries hinders their interaction. The predominantly bilateral format will continue to restrain the development of the SCO.

– According to the Council on Foreign Relations’ experts, the inclusion of India and Pakistan creates risks for the cohesiveness of the SCO. The democratic system in India and its close relations with the United States are considerably different from the authoritarian regimes of other SCO members [Piekos and Economy, 2015]. Thus, the organization positioning itself as a ‘non-Western world’ and opposing color revolutions and ‘interference in internal affairs’ may also face a value crisis and miscommunication within the member states.

The newly created diversified composition of the SCO brings together the countries with different political systems, international weight and economies. As the SCO member states adhere to non-identical views regarding their goals in the organization, the threat of the emergence of new risks is obvious. Thus, in the face of growing global challenges, the SCO can turn into a “declarative” organization that is unable to work out a joint strategy and promptly counteract external threats. However, the SCO is a useful tool to defuse regional tensions and prevent the spread of separatist and terrorist elements for all members without exception. Even if Chinese and Western scholars have two alternative views on the status and future of the SCO, after the expansion both sides define it as the most prominent Eurasian regional security organization. In this regard, Rashid Alimov summarized the role and place of the SCO as follows: “The SCO is clearly a young organization searching for its development path in a world brimming with challenges and threats. Yet, it has managed to make a worthy place for itself on the world’s political map in what, by historical standards, is a short period” [Alimov, 2018]. On the one hand, the enlargement of the organization increases its international recognition and credibility. On the other hand, it raises challenges related to prospects for integration within the SCO and the functionality of its institutions. However, the SCO model is still under development and construction, and the political will of the member states could change the structure of the organization and its operation. Obviously, the interest in SCO is growing day by day, while its member states contemplate a new comprehensive model of cooperation between great, middle and small powers in Eurasia.

Cooley, Alexander (2018). What’s Next for the Shanghai Cooperation Organization? Retrieved from https://thediplomat.com/2018/06/whats-next-for-the-shanghai-cooperation-organization/. Accessed on 14.01.2019.

Weitz, Richard (2018). The SCO and NATO Compared. Retrieved from https://www.chinausfocus.com/peace-security/the-sco-and-nato-compared. Accessed on 18.03.2019.

Zeb, Rizwan (2018). Pakistan in the SCO: Challenges and Prospects. Retrieved from https://www.cacianalyst.org/publications/analytical-articles/item/13496-pakistan-in-the-sco-challenges-and-prospects.html. Accessed on 18.02.2019.