Side effects of the Russo-Ukrainian War 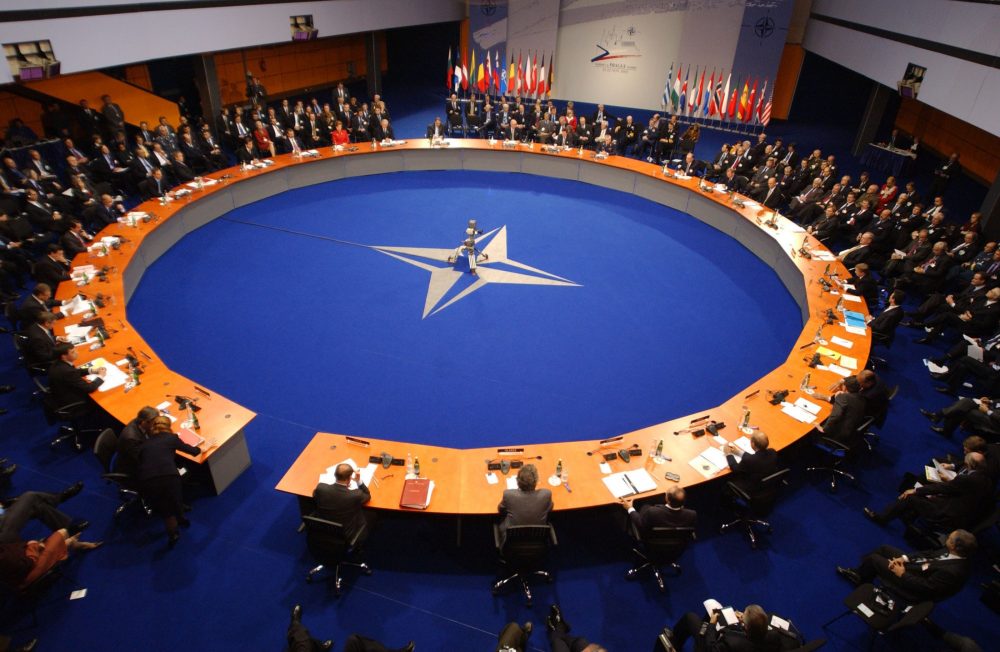 According to the Stockholm International Peace Research Institute, world military expenditure in 2021 exceeded $2 trillion for the first time. In total, the world has spent $2.113 trillion on defense in 2021, which is a 0.7% real increase compared to 2020. Thus, 2021 has become the seventh consecutive year when the global defense budget increased and the trend is likely to continue. The five largest countries in terms of military spending in 2021 were the U.S., China, India, the U.K., and Russia respectively [SIPRI, 2022]. However, it should be noted that due to a solid post-pandemic economic recovery in 2021, the global military expenditure as a share of the world’s GDP rose from 2.19% in 2020 to roughly 2.36% in 2021 [World Bank data, 2022]. However, global expenditure on military purposes by governments is expected to soar both in relative and absolute terms at least in the next few years.

Decisions by most western states to increase defense budgets came as a reaction to the Russia’s invasion of Ukraine that started on February 24, 2022. Three days after the Russian invasion of Ukraine, German Chancellor Olaf Scholz announced that Germany would commit 100 billion euros ($107 billion) to a special fund for its military and raise its military expenditure from the current 1.3% to above 2% of GDP. This certainly will become a milestone in Germany’s defense policy as it will represent a major reversal of more than 70 years of German military policy [Aljazeera.com, 2022]. Since the beginning of the war in Ukraine, increasing the defense budgets quickly has become a major trend in Europe. For instance, Poland is now making clear that it would increase its defense spending from the NATO-recommended 2% to 3% in 2023 – one of the highest levels in NATO [Notesfrompoland.com, 2022]. Similar military budget increase plans are either already being taken or discussed practically all across Europe. The implementation of these plans would lead to $100-200 billion of additional expenses on defense by the EU member-states within the next 1-2 years. This trend is actually not limited to the European countries. For instance, Japan’s government is also proposing to double the defense budget of the country to over $100 billion, or 2% of its GDP. The decision was not prompted solely by the war in Ukraine but also reflects growing regional pressure from China and North Korea [Theconversation.com, 2022]. In many countries, Russia’s invasion of Ukraine has thus become a weighty argument of political powers that had previously been proposing pro-military budgets with significantly more expenses for defense purposes. In the next 1-2 years, the defense will be the most popular item of expenditure in western countries and it will be difficult for governments to divert from this policy path.

Another shift that was triggered by the Russo-Ukrainian war is the apparent decline of neutrality worldwide. There are different interpretations of the neutrality of countries, and there is no universal benchmark that would clearly classify countries as neutral and non-neutral. However, neutrality is often determined by the military doctrine that a country has. Some countries are neutral by the fact of being demilitarized (e.g. Costa Rica), while others (e.g. Turkmenistan) have a permanent neutrality status officially stipulated in their constitution. The recent decision of Finland and Sweden to join NATO has become the most significant abandonment of principled neutrality, which came as a direct consequence of Russia’s full-scale invasion of Ukraine, as these countries have felt threatened due to their proximity to Russia. Interestingly, this is exactly the opposite of what Russia has been pursuing in its foreign policy. It is the enlargement of NATO that Russia has seen as a geopolitical threat for itself since the collapse of the USSR. Besides applying for NATO membership, these two Nordic countries immediately have decided to significantly increase their military budget. The government of Sweden has recently declared that it would boost defense expenditure by nearly $318.17 million by the end of 2022 [Usnews.com, 2022]. Finland’s government agreed to add nearly $2.2 billion in defense spending, which is a 70% increase of the country’s regular 2022 military budget [Bloomberg.com, 2022].

Since the invasion started, there has been a sharp decline in pro-neutralist sentiments in other parts of Europe as well. For instance, Austria, which is constitutionally bound to neutrality has recently officially joined the sanctions against Russia. Moreover, Switzerland, which has a long-standing tradition of neutrality and often serves as a reference for neutrality, also joined the sanctions against Russia emphasizing its solidarity with the west. Thus, the non-NATO countries of Europe have demonstrated that they stand with their NATO-member neighbors in countering Russia’s aggression in Europe. Although this does not entail military support or involvement, it is an important gesture meaning that these countries are ready to renounce their neutrality status in case of a large-scale invasion of Europe. In general, it could be said that the Russo-Ukrainian war will certainly become a factor that will lead to a fundamental reconsideration of the security architecture in Europe and the West.

The reaction of the western countries to the war by increasing their military budgets could be viewed as a spillover effect of warfare when an armed conflict between two states causes an economic reaction as increased military expenditure in third countries, which are not directly involved in the armed conflict. Moreover, the immediate reaction of the western countries could be referred to as global spillover effects when countries adapt their defense burden indicators to those of other countries, even if they are not neighbors [Yesilyurt and Elhorst, 2007]. The Russo-Ukrainian war has also caused a rapid reaction in terms of military diplomacy, as formerly neutral countries questioned the status quo and started to seek military alliances with other countries.

It might be so that the international implications of the Russo-Ukrainian can potentially convert into regional or even global patterns with long-term effects. Many countries around the world already decided to increase significantly their military budgets, which diverts resources from other types of spending. Although military expenditure can boost the economy for a short period, it is not beneficial but rather detrimental to economic growth in overall terms [Azam, 2020]. In geopolitical terms, the increased significance of defense capacity in international relations also leads to negative consequences as partnerships need to be reinforced by military alliances.

Notesfrompoland.com (2022). Poland boosts defence spending to 3% of GDP to protect against “imperial Russia”. Retrieved from https://notesfrompoland.com/2022/03/19/poland-boosts-defence-spending-to-3-of-gdp-to-protect-against-imperial-russia/. Accessed on 02.06.2022.