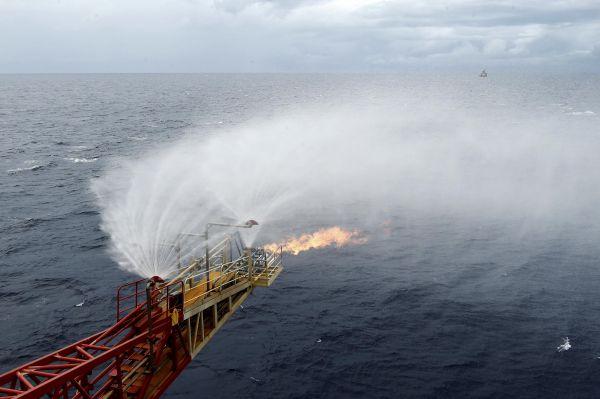 According to the China Geographical Survey, China has successfully mined so-called “flammable ice,” officially known as methane hydrates, in the South China Sea, which is a remarkable event since this is the first case of successful methane extraction from hydrates. 16 thousand cubic meters of gas is being extracted daily from the Shenhu area of the sea (Paraskova, 2017) from 203-277 meter deep wells drilled at a depth of 1 266 meters. The maximum output has reached 35 thousand cubic meters. Moreover, it has been reported that 95% of gas extracted from hydrates was methane (Zhengzheng, 2017).

Moreover, it has been reported that Japan was also able to extract natural gas in May 2017. Japan has been developing its methane hydrate reserves in the Pacific since 2013 (Macfarlane, 2017). Japan perceives methane hydrates as a tool for getting rid of its dependence on fuel imports and developing its energy sector. Meanwhile, China with its high energy demand can switch from coal power plants that are the main reason of heavy smog in the country to natural gas power plants that are more environmentally friendly (Brown, 2017).

Gas hydrate resources are becoming more and more attractive for offshore mining. According to the U.S. Energy Information Administration, one cubic meter of gas hydrate holds about 164 cubic meters of natural gas, making it a competitive replacement for other fossil fuels (Macfarlane, 2017). The total amount of methane hydrate reserves is estimated in the range of 280 trillion to 2,800 trillion cubic meters, meaning that the reserves can meet the global energy demand for 80 to 800 years (Brown, 2017).

Methane hydrates are white ice-like solids that hold immense amounts of gas compared to conventional fossil fuels. Methane molecules are trapped within tiny cages made of water molecules. Methane hydrates are usually located in the Arctic permafrost and beneath the ocean floor. They are found at a depth of 350-5000 meters in sediments near the continental margins due to the abundance of organic matter (World Ocean Review, 2010). High pressure is essential for the stability of gas hydrates; therefore, no hydrates are located in shallow waters.

The main risk of methane hydrate extraction is associated with its stability only under certain conditions: low temperature and high pressure, above 35 bars, making deep waters a perfect location for hydrate formation and accumulation. Sea floor has a high pressure due to the water table above it and low temperatures ranging between 0 and 4 oC. However, as it gets deeper, temperatures rise due to the proximity to the Earth mantle. Remains of planktons and other microorganisms degrade in the ocean floor sediments producing methane gas. Initially, gas bubbles are produced at deeper layers where temperatures are warm and are consolidated in upper cooler layers as they rise (World Ocean Review, 2010).

Extraction of gas hydrates was first tested in the permafrost of the Mackenzie River Delta in northwest Canada by in 2008 by Japanese, Canadians, and German (World Ocean Review, 2015). There are three main methods of methane hydrate production: water circulation which is pumping of hot water to melt hydrates; depressurization which is dropping of the pressure by puncturing of deposits to dissociate methane; and carbon dioxide injection to replace methane molecules with carbon dioxide (World Ocean Review, 2014). Each of these methods has their advantages and disadvantages. A number of projects have been carried out to test the efficiency of these methods. For instance, in 2013, in Japan methane was successfully released using depressurization method. However, the process was shut down due to the sand flow into the well (World Ocean Review, 2014).

Extraction of methane hydrate is a matter of technique due to the technological and environmental barriers. Therefore, gas hydrate extraction is associated with a huge potential hazard. Gas hydrate extraction bears a threat of an uncontrolled escape of methane. Besides, there is a risk of destabilization of methane hydrates and their consequent oxidation into carbon dioxide that can be released into the atmosphere due to the global warming. Melting of the gas hydrates can also cause lack of oxygen that is used up in the course of carbon dioxide formation. The lack of oxygen can further lead to ocean acidification.

One of the main reasons for the delay in the commercial production of gas from hydrates is the high cost of extraction technologies. Therefore, industrial production is unlikely in the next three years. However, if a technology allowing safe and cheap extraction of gas hydrates was developed, this source of energy would have had a great potential of replacing fossil fuels such as oil and coal. While not a green energy, natural gas is a relatively clean energy type as it releases twice less carbon dioxide when burned compared to coal and oil. However, despite the difference with conventional fossil fuels, natural gas still produces pollution. Therefore, if methane hydrate extraction takes a commercial turn replacing coal and oil, and on top of that is cheaper than renewables, then it would be a huge step back in terms of green energy development.