The Court of the Eurasian Economic Union 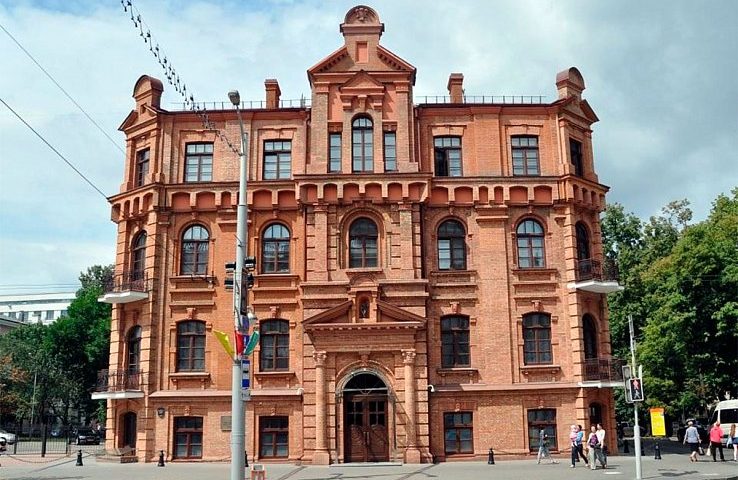 The Eurasian Economic Union (EAEU) is one of the recent regional trade agreements. Despite the idea of Eurasian integration has a long history and was proposed by the first President of Kazakhstan Nursultan Nazarbayev in the early 1990-s, Kazakhstan together with Belarus and Russia formed a customs union only in 2010. In 2012, the three countries agreed to form a common economic space, which gradually widened into the creation of the EAEU in 2015 with the membership of Armenia and Kyrgyzstan. The EAEU aims to provide free movement of goods, services, capital, and labor. It has its institutions such as the Eurasian Economic Commission and the Court of the EAEU. Given the situation of many trade disputes between the EAEU members, and taking into consideration that trade agreements establish legal obligations for their signatory nations, this commentary aims to analyze the goals, tasks, and functions of the Court. It mainly relies on data from the official website of the Court of the EAEU (2021).

According to the findings of many studies, increasing institutional contractual quality fosters trade. In particular, arbitration has a positive and significant effect on international trade. At the same time, countries need to focus on their domestic trade law reform. However, improvement in institutions remains a difficult task for individual countries or international organizations. For instance, trade law reform involves several stages of pre-consultation, research, drafting, legislative and government approval, and enforcement, which might take years [Gil-Pareja et al., 2019]. Other studies show that countries do not use regional dispute settlement bodies. Moreover, they use these bodies to a far lesser extent than they do the World Trade Organization (WTO) itself because the WTO’s legitimacy means a better possibility of compliance. Therefore, regional agreements cannot lead to a predatory dynamic in which large economies use these arrangements to gain the upper hand in regional bargaining. It is important to note that the existing regional arrangements rely heavily upon the WTO itself for their institutional form and function, and they tend to exclude themselves from dispute settlement areas that are not covered by treaties of the WTO [Froese, 2016].

The Court of the Eurasian Economic Union was established by the Treaty on the Eurasian Economic Union of May 29, 2014, as a permanent judicial body of the Union. The Union Court is located in the city of Minsk. The purpose of the activities of the Court is to ensure, under the provisions of the Statute of the Court, the uniform application by the Member States and bodies of the Union of the Treaty, international treaties within the EAEU, international treaties of the EAEU with a third party and decisions of the bodies of the EAEU.

The Court is composed of two judges from each Member State. The term of office of a judge is nine years. Judges must have high moral qualities, be highly qualified specialists in the field of international and domestic law, and, as a rule, meet the requirements for judges of the highest judicial bodies of the Member States. However, it is important to note that the background of judges plays an important role in their decision-making. For instance, judges who attend law schools with a strong law-and-economics intellectual environment use more economic reasoning, even ignoring their political ideology. Moreover, a judge’s economic sophistication is positively correlated with a higher frequency of pro-business decisions. Judges explain their decisions using different economic reasoning and concepts such as “marginal cost,” “demand curve,” “abnormal return,” “fraud market” and others [Cao, 2020].

Besides the member states, the Court considers appeals from business entities of the EAEU and third countries, EAEU bodies, and employees of the EAEU bodies. During the 2015-2021 period, the total number of appeals from the above-mentioned parties amounted to 71, of which the majority, or 55%, came from the EAEU business circles. The shares of the EAEU bodies and the EAEU member states correspondingly equaled 25% and 15%. Out of 51 reviewed cases, 23 cases were on the compliance of the Eurasian Economic Commission decision with the Treaty on the EAEU and (or) international treaties within the Union and 18 cases on clarification on the statements of the Member States and the bodies of the Union. Seven cases aimed to dispute the action (inaction) of the Eurasian Economic Commission. It is important to note that 31 out of 51 reviewed cases were on tariff and non-tariff regulation, followed by six cases on general principles and rules of the competition and four cases on labor relations and social guarantees in the bodies of the Union.

The existence of the EAEU Court on a permanent basis is advantageous, as, under most trade agreements, disputes are not heard by permanent courts, but rather by ad-hoc panels. Unlike full-time judges, trade dispute panelists are part-timers who are selected for particular disputes. This approach offers flexibility and cost-efficiency in a system with a limited number of disputes. However, the approach can cause difficulties for complainants wishing to have their case heard. If the rules allow the respondent to delay the selection process, a complainant’s access to justice might be impaired [Lester et al., 2019].

Courts play an important role in fostering trade in regional trade agreements. Therefore, the EAEU court is one of the important bodies, decisions, and activity of which significantly affect trade, investment and labor flows, as the EAEU is an example of deep integration. Consequently, for the Court of the EAEU, it is important to consider the following recommendations. Firstly, the activity of the Court should be free of politics as the member countries of the EAEU substantially differ in terms of economic and political size. Secondly, it is important to use economic reasoning while making decisions. Thirdly, to escape trade and other disputes within the EAEU and the third parties, the activities and decisions of the Court should not contradict the principles and rules of the WTO. As a result, the Court can foster the EAEU regional trade, increase bilateral investments and stabilize labor markets. Moreover, a strong and independent Court of the EAEU can positively affect the regional and international image of the Eurasian Economic Union.

Cao, Siying (2020). Judges who use economic reasoning in court decisions rule in favor of business more often. Retrieved from https://promarket.org/2020/12/03/judges-who-use-economic-reasoning-in-court-decisions-rule-in-favor-of-business-more-often/. Accessed on 25.09.2021.