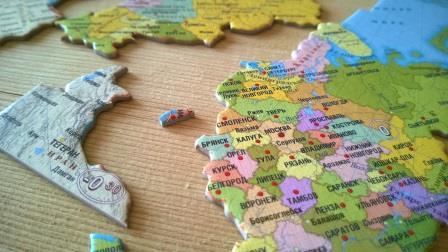 The document also contains a summary of important spatial economic processes going on in Russia. In particular, it notes the increasing role of the largest urban agglomerations in the socio-economic development. For instance, there have been at least 40 large urban agglomerations with a combined population size of over 73 million people, which is half of the total population of Russia. The population size of these large urban centers as well as of smaller ones with population from 100 thousand to 500 thousand people has been steadily growing since the early 2000s. The rapid urbanization of the population brings certain economic benefits such as, for instance, a higher concentration of labor force and opportunities of regional industrial specialization. On the other hand, it also inevitably leads to challenges increasing the pressure on urban infrastructure, increasing the demand in the housing market, contributing to unemployment etc. Lack of coordinated spatial planning in the development of the largest urban agglomerations has led to excessive improperly planned housing construction without the necessary transport and social infrastructure in large urban centers. These processes also created a huge pressure on the environment. The document also notes that the rising concentration of population in large urban areas is not contributing properly to the sectorial specialization of the agglomerations and regions.

One of the problems that stems from recent spatial transformations in Russia is the low transport connectedness between the regions and even urban centers. This is especially true for territories in the Far East and Siberia, where a large number of settlements do not have a year-round transport connection with the nearest large city. Yet another change caused by recent spatial transformations is the increasing the negative impact of global climate changes and its growing role in the social and economic development of the territories of the Russian Federation. The new strategy underlines that increase in air temperature leads to changes in the landscape and melting of the eternal permafrost, badly affecting the functioning infrastructure in the Arctic zone, Siberia and the Far East. It also notes that in recent decades, the scale of negative consequences of dangerous hydro-meteorological phenomena for the population and the economy expanded in many parts of the country.

However, the most striking part that got most of the attention from various groups is the part where a new of planning dividing the Russian Federation into economic regions was proposed. Here it is important to clarify that this does not mean any changes of the administrative borders of the current 83 so-called subjects (Russian: субъект), which are official administrative entities with specified borders and local administrations. An economic region consists of one or more territorial units which are grouped together in order to fulfill certain analysis of regional economic activity. The main reason for planning and organizing countries’ territories is higher efficiency and convenience in implementing socio-economic policies, plans, conducting censuses, making analyses, etc. The current economic planning of the territory of the Russian Federation is organized by Russian Classifier of Economic Regions (OKER), and divided the country into 12 economic regions as shown in Figure 1 below: 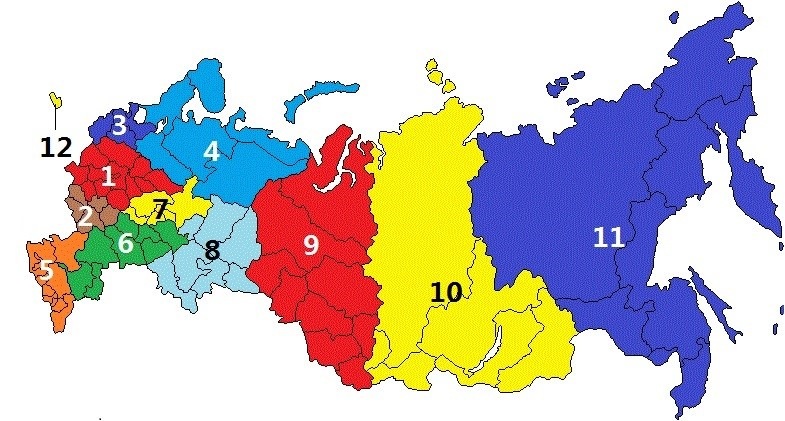 The new territorial economic planning of the Russian Federation proposes 14 regions with two additional ones, which are South Siberian and Baikal regions as it is shown in Figure 2. There are also significant changes in Central, Northwestern, Northern, North Caucasian, Volga, Volga-Vyatka and Ural macro-regions. The Kaliningrad region that stands geographically separate from the rest of Russia is added to the Northwest region in the new plan. 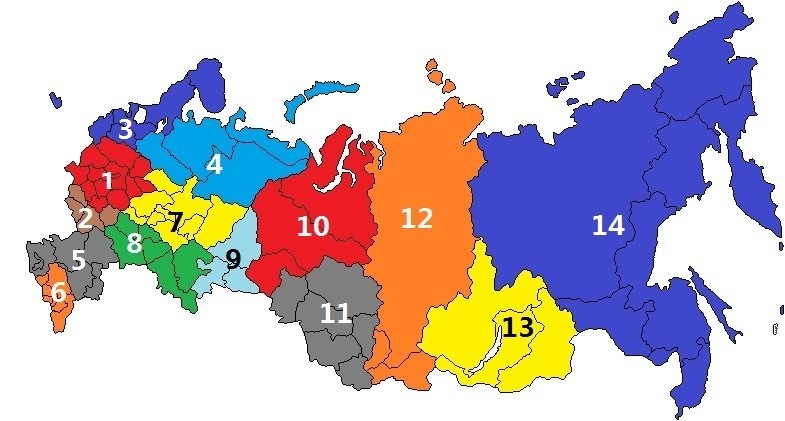 The idea of a new Strategy can be evaluated as positive in general. The document addresses the current problems of the regions and introduces certain new points that previously were not present in the spatial economic development agenda of Russia such as, for instance, withstanding against climate change. Some changes of the borders of the economic regions can be evaluated as reasonable. For instance, the inclusion of some of the southern regions like Krasnodar and Rostov to the Southern macro-region better fits the geographic realities of these regions. Thus, the new plan proposes to separate the geographic region of North Caucasus into a separate macro-region, which is much more precisely matches the geographic, demographic and socio-cultural boundaries in this particular part of the Russian Federation. On the other hand, the inclusion of the Kaliningrad region, which stand separate from the rest of Russia, into the Northwestern macro-region cannot be explained by objective geographic or economic reasons. The document also describes many demographic trends euphemistically. In particular, it is written that in eastern and northern territories of the country, the migration outflow gradually decreased and the population stabilized. However, if we look the demographic statistics of the Federal Service of the State statistics of Russia, we can see that in Federal Districts of Volga, Siberia and the Far East the populations continue to decrease both due to natural reasons and migration outflows. Thus, in 2017, the population of the Volga Federal District has decreased by 0.32%, in Siberia by 0.20% and in the Far East by 0.28%. In over 90% of all regions of Russia we can see an outflow of population from rural areas to large urban centers and in Siberia and the Far East the emigrational flows are often directed towards large cities in the western parts of the country. Thus, the demographic revival of sparsely populated and geographically vast regions of Russia, which has been declared for many years as one of the top regional-economic priorities, is not being fulfilled yet. Thus, the statistics provided in the new strategy shows that many previous regional, demographic and economic problems are still present and there is no serious reason for this to be changed during the nearest future.

It is interesting to note that the Strategy does not tackle the political and economic relations between the regions and the Moscow. In fact, the transition of power from regions to the center occurring during the last several years is one of the primary reasons for the crisis in the regions of Russia. We can observe, however, that the new strategy is not aimed at proposing changes in the regional-economic policy in Russia. Instead, it mostly offers a framework for the current regional processes in the country. Moreover, stimulation of less populated areas of Siberia and Far East is still one of the top priorities in regional policy of Russia and it requires immense investments in human capital, business environment, infrastructure, urban development and transportation (Zubarevich, 2009). From the point of view of solving top priority problems like, for instance, retaining the population in least populated parts of Russia, the ways of solving proposed by the strategy can be considered as weak. Without proposing measures targeting economic stimulation and harmonization of the regional economic growth, the document will have little effect on the regional development of Russia if it will at all. The new Strategy of the Spatial Development of the Russian Federation can be adopted until the end of 2018.

Grashchenkov, Ilya (2018 August 31). Tatarstan together with Perm and Udmurtia to be united in Volga-Kama macroregion? Retrieved from: https://realnoevremya.com/articles/2814-russia-to-be-divided-into-14-macroregions  Accessed on 16.09.2018.