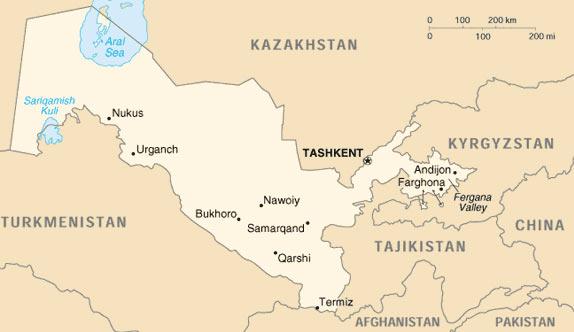 Uzbekistan is a country that has a great clout in shaping the dynamics of Central Asian politics given its size, economy and population. Therefore, any changes in its foreign policy are followed closely by the regional states and the major global powers. After being elected as a president, Shavkat Mirziyoyev has taken tangible steps toward resetting Uzbekistan’s relations with the neighboring countries, in particular with Tajikistan and Kyrgyzstan. This is a significant departure from his predecessor Islam Karimov’s time in office, which was largely marked by the disagreements with other Central Asian states over three often intertwined issues: land disputes, border demarcation and most importantly, water and energy flows. Although only several months have passed, initial policy measures under Mirziyoyev’s rule are already demonstrating the potential to transform the region in the nearest future.

Shavkat Mirziyoyev was elected as a president on December 4, 2016, following the death of Uzbekistan’s long-standing leader Islam Karimov in early September 2016. After announcing a number of domestic reform initiatives, in February 2017, Mirziyoyev outlined main priorities of Uzbekistan’s foreign policy in the Development Strategy for 2017-2021, where establishing stable and good relations with the neighboring states took a central role. The fact that the newly elected president visited Turkmenistan (6-7 March) as a destination of his first foreign visit and not the powerful regional actors like Russia or China, not only demonstrated continuous adherence to the policy of remaining free of any politico-military coalitions but also that the relations with the Central Asian countries will be the priority of Uzbekistan’s foreign policy in the coming years. Border management, energy and water have been the main factors that for a long time strained Uzbekistan’s ties with the neighboring states. Uzbekistan-Tajikistan ties are a good case to consider in this context. Until recently, both countries had a major disagreement over the use of water from the Amu Darya river, over which Tajikistan, an upstream country, had a plan to build the large Roghun hydropower plant (HPP), threatening the water supply to Uzbekistan’s agricultural fields. Besides, approximately 200 kilometers of shared borders are not delineated, with several Uzbek enclaves on the territory of Tajikistan and vice versa. Similar dividing lines exist between Uzbekistan and Kyrgyzstan. These unresolved issues have often led in the past to the closing of border crossings, economic sanctions such as halting gas and electricity supplies, as well as several incidents of skirmishing along the borders.

These have started to change since Mirziyoyev came to power. Under his rule, Tashkent’s ties with Dushanbe and Bishkek have significantly improved. This is evident from the restored communication links, such as the resumption of direct flights in April 2017 between Tashkent and Dushanbe hat had been suspended since 1992, and the willingness of Uzbekistan to resolve issues related to previously disputed territories with its neighbors, particularly with Kyrgyzstan. In fact, more progress has been made in demarcating Uzbekistan’s borders with Kyrgyzstan in the last six months than were made in the previous 15 years (Pannier, 2017). On top of that, the current leadership of Uzbekistan has softened its stance towards the construction of the Roghun HPP and the Kambar-Ata-1 HPP in Tajikistan and Kyrgyzstan, respectively. Previously, Uzbekistan was strongly against any HPP projects constructed on the territories of the upstream countries unless they are agreed upon with the states located downstream, namely Uzbekistan and Kazakhstan. Former President Karimov even warned that the issue of water management could escalate to the point where a war would become inevitable. In an attempt to defuse the tensions, both Tajikistan and Kyrgyzstan had on several occasions offered Uzbekistan a share in these projects, so that Tashkent would be able to control the annual release of water downstream (Kasymov, 2013). However, Uzbekistan not only refused to take part but arguably its strong rhetoric put a break on the possible involvement of foreign investors in thesе projects. In the sharp contrast, when on October 29, 2016, Tajikistan had blocked the Vakhsh river, starting the construction of the Roghun HPP, almost no reaction followed from Uzbekistan’s part. In the case of Kyrgyzstan, it is still far from constructing the Kambar-Ata HPP, as the government is looking for new investors after the withdrawal of Russia from the project. Nevertheless, according to the recent statement made by President Atambayev, the leaders of Uzbekistan and Kazakhstan have given their prior consent to the construction of the HPP that would likely inspire a quick arrival of foreign investors. Tajikistan and Kyrgyzstan both have an immense, but rarely tapped potential of hydropower. If constructed, the HPPs would make them not only totally energy independent but would allow exporting electricity that for the cash-strapped governments seem to be especially attractive.

The ties between Uzbekistan and other regional states, Kazakhstan and Turkmenistan, have been less complicated, with no major disagreements dividing them. Kazakhstan and Uzbekistan have no unresolved issues on the delineation and demarcation of common borders and share a similar stance on the use of waters of the Amu Darya and Syr Darya rivers. The two countries are also mutually dependent. Kazakhstan serves as a transit route to all shipments of Uzbek goods to Russia, while Kazakhstan’s trade flows in the southern direction pass through Uzbekistan’s territory. Moreover, the economies of the two countries have different structures, which provide an opportunity for the mutually beneficial trade. The volume of trade between the two states has increased by 30% since the change in the leadership of Uzbekistan, and the countries have signed the agreements worth $1 billion after the visit of President Mirziyoyev to Astana. Similarly, Turkmenistan and Uzbekistan have avoided major tensions in their relations over the past two decades. After Mirziyoyev’s arrival to office, it seems that the leaders of Uzbekistan and Turkmenistan have established close ties with each other and their relations would likely to be centered on the energy cooperation. Both states are already involved in several gas transportation networks including the Central Asia-China gas pipeline and the construction of its line D that carries the Turkmen gas to China through the Uzbek territory, though the latter project has been suspended due to falling demand for energy sources in China. Recently, during the second visit of Mirziyoyev to Turkmenistan in May 2017 he has expressed interest in participating in the TAPI project, a pipeline that links Turkmenistan with Pakistan and India via Afghanistan.

Although little time has passed since September 2016 to change a system that has been constructed in the last 25 years by the previous Uzbek leader, recent steps made by Mirziyoyev have raised expectations that the country would become a more active player in the Central Asian affairs. The country needs reforms to diversify its economy that has suffered after the plunge in prices for its main export products – natural gas, cotton and gold. The limited opportunities at home have resulted in the migration of millions of Uzbeks to Russia and Kazakhstan. Strained relations with its neighbors that resulted in the economic blockades, closed borders and severed communication links precluded beneficial economic cooperation. For instance, the trade turnover between Tajikistan and Uzbekistan was only $10 million in 2015. Given its location at the center of the region bordering all four other Central Asian states, Uzbekistan can take advantage of its location and potentially become the main trade hub. Therefore, it seems that by addressing the water and border disputes and making its currency more convertible the current leadership is looking for ways to revive regional economic cooperation. Besides, its softer lines towards Kyrgyzstan and Tajikistan is explained by the fact that Tashkent is inclined to use a “carrot” rather than a “stick”, given that the previous forms of pressure, such as cutting gas supplies, no longer work as both countries have found alternatives to the Uzbek gas (Pannier, 2016).

Under Karimov’s rule the country pursued the self-reliance policy in international affairs that can be explained by the uncertainties that emerged after the dissolution of the Soviet Union and the growing instability in its immediate neighbors, Afghanistan and Tajikistan (Fazendeiro, 2017). Pursuing a foreign policy based largely on self-reliance, entails a zero sum view on international relations that prevents making concessions and achieving compromises. Prioritizing Uzbekistan’s national sovereignty over regional cooperation might have been justifiable in the uncertain 1990s. It seems less so in the contemporary period.

B. Pannier (2017). Not Karimov’s Uzbekistan Anymore?  rferl.org. Retrieved from: https://www.rferl.org/a/qishloq-ovozi-not-karimovs-uzbekistan-anymore/28350506.html