Why is China Moving Production Facilities to Kazakhstan? 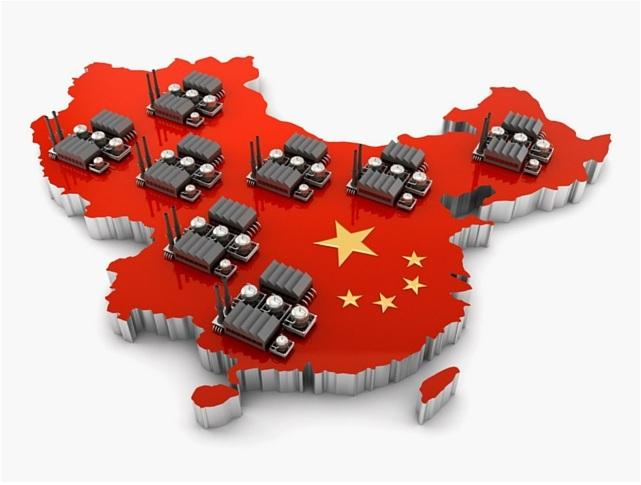 The total number of industrial enterprises of China ranks first in the world. Currently, about 3/5 of the labor force working in heavy industry have generated half of the industrial output.[i]. More than half of the main public fund industry is concentrated in large cities with population over 500 thousand people: 13.1% – all industrial enterprises, 9.6% – food industry and mechanical engineering, 4.7% – textiles, 2.4% – mining industry.[ii] The main industrial centers are located in the eastern coastal provinces and regions of Jiangsu, Shanghai, Liaoning, Shandong, Guangdong and Zhejiang.

China is suffering from serious ecological problems caused by emissions of industrial enterprises and transport. One of the objectives pursued in the modernization of China is the fight against the environmental pollution and the reduction of harmful emissions. Ever since Premier Li Keqiang took office in 2013, the government has been making great efforts in order to promote collaboration in international production capacity. The official Xinhua News Agency reported that the capacity of 20 million tons of steel and 30 million tons of cement would be moved overseas by 2023.

According to statistics, more than 90%t of Chinese cities exceeded the norms of harmful substances in the air. Industrial Hebei Province is located near the capital of the nation, Beijing, sadly famous for its smog. According to the research by the Shanghai Academy of Social Sciences, conducted in February 2013, the Chinese capital had the second highest air pollution among the top 40 cities in the world. The study noted that because of the environmental problems, Beijing is “almost not suitable” for life. Seventy four among two hundred twenty-eight Chinese cities, mostly in the northern part of China, have annual average air pollution concentration higher than normal.[iii] According to the Environmental Protection Department of the Hebei Province, the cause of 65% of sulfur dioxide emissions and of 61% of smoke and dust emissions are linked to steel, glass and cement industries respectively, which are considered the dirtiest industries. Heavily polluting industries refer to steel, cement, petrochemical, chemical and non-ferrous industries set out in the 12th Five-Year Plan for Air Pollution Prevention and Control in Key Areas. The Hebei authorities have announced their plans to relocate some of the steel, cement, and glass production of the province to Africa, Latin America, Eastern Europe, and other parts of Asia.[iv]

The industrial shift abroad is primarily meant to fight pollution, but China’s leaders see an important added benefit. Xinhua News reported, “The initiative comes at a time when local steel, cement, and glass producers are struggling with sluggish growth in the world’s second-largest economy crippling demand for their products. In many cases, it has led to severe overcapacity.” China’s policymakers say that past reliance on industrial investment had saddled the country with current problems. China’s “traditional, extensive way of seeking growth has been proven unsustainable,” Premier Li Keqiang warned during a speech in Tianjin in September. “We will eliminate overcapacity,” he told an audience of multinational and Chinese company executives.[v]

Before the global financial crisis, China has got out of all its troubles with the help of export. The volume of products sold by China to other countries increased by more than 20% year on year basis. However, now the Chinese export growth slowed down, its surplus of the current account is almost evaporated, and Beijing is looking for alternative sources of rapid economic growth.

China believes that it has a solution, if the export volume increased fast enough, the government could have connected the infrastructure which would have contributed to easy credits. Comparing with the industrialized countries, China’s infrastructure is still on its early stage. The representative of the Ministry of Commerce in international trade negotiations of China, Chong Quan, said that there had been a serious increase in the competitiveness of the Chinese industry in recent years, which had managed to preserve and to strengthen its capacity. Meanwhile, he said that according to common parameters, China was still in the middle stage of industrialization, when serious efforts were required in order to create a closer relationship between science and industry, to accelerate the transformation of traditional industries and to promote the development of new ones.

In March 2015 the Chinese government announced a new program for the steel industry. According to the program, the government has promised to support the metallurgical production, which will transfer some of its capacities outside the country. This program and the idea of ​​the transfer of production to the neighboring countries were not accidental, and have become a part of China’s long-term strategy to reform the industry. Industry exports abroad are largely involuntary to China’s measure. An impact of the issue of overcapacity and overproduction of products is growing progressively. China Iron and Steel Association (CISA) have been ineffectively calling to reduce an output and power since the early 2000s. According to CISA, only in the last two years steel capacity in China increased by 200 million tons – up to 1.1 billion tons. Even though not all of them are in demand (in 2014 produced about 750 million tons), the prices of finished products in the country were reduced down three times. How to keep production and jobs in this situation, i.e. social and economic stability? The answer is to export not only products, but also labor forces. In particular, taking into account the end of China’s various programs for the development of the new infrastructure of the country, and as a consequence, the decrease of demand for building materials in the near term, China is initiating the process of moving production facilities to the territory of neighboring countries. Thus, as part of the infrastructure development program around the New Silk Road Economic Belt, Chinese authorities plan to relocate a number of production facilities to the territory of the Republic of Kazakhstan. Currently, the initiative in this direction was supported by the Chinese company “Conch” and by metallurgical enterprises. The internationalization strategy is a new measure of changing the growth mode and of dealing with the changes of macroeconomic situation taken by the “Conch” company. The potential of the international market of the “Conch” has begun to spread through the implementation of this strategy[viii]

Therefore, one of the main objectives of the current state programs is not only to find easy promising markets, but also to gain a foothold on them by acquiring local assets and to build its own production. In 2014, the State Council ordered six leading industrial provinces of China to reduce steel production by 80 million tons for five years. When Premier Li visited Kazakhstan in December 2014, he reached an initial agreement with his Kazakh counterpart, Karim Massimov, on bilateral cooperation worth about $18 billion. Li Keqiang said that China was willing to establish factories on production and processing of glass, cement and agricultural products in Kazakhstan. Later, the Prime Minister of Kazakhstan, Karim Massimov, stated, “We are talking about the transfer of non-oil sector capacity, the tens of billions of dollars in businesses and investments”.

The agreement encourages Chinese companies to set up factories on production of cement and plate glass in Kazakhstan, thus helping the country to develop its infrastructure.[ix] Earlier this year, Chinese Ambassador to Kazakhstan, Zhang Hanhuey, said: “Last year, within the framework of the project of production capacity, we concluded a number of agreements and contracts, and recorded only 52 major projects with a total sum of 24 billion dollars. Also, there are very good projects, contracts, and agreements of cooperation in other areas in the amount of $50 billion. During our history of development of relations there has not been such a boom of economic cooperation. I think that this year the most important task is the realization of these projects, which will benefit both you and our people.”

Thus, within the framework of the Kazakh-Chinese agreement on the movement of the Chinese mining and smelting industry, the “Anhui Masteel Engineering” company is to build a plant with a total capacity of one million tons of steel in the Saksaulsk village. In addition, China is ready to build glass factories, cement and agricultural products processing plants on the territory of Kazakhstan. The Eurasian Resources Group (ERG) attended the 15th annual Boao Forum in China as one of the key international participants. Among other things, discussion of partnership between China and Kazakhstan in the global metals industry is aimed at dealing with industrial overcapacity, and was one of the main topics discussed at the official meeting between Alexander Machkevich, Chairman of the Board of Managers of the ERG, and other senior executives representing the business community at the Forum, and the Chinese Premier Li Keqiang.[x] Currently, the ERG is developing large-scale investment project in partnership with the Chinese Government as part of the “One Belt, One Road” initiative, which will further strengthen ties across the Eurasian region. These projects are aimed at fueling industrialization and infrastructural growth and at improving the livelihood of local communities.

To conclude, especially harmful to the environment production of glass and cement is planned to be transported to Kazakhstan. The government of Kazakhstan should keep track of high and ‘green’ technology production, as well as regulate the flow of labor from China, giving preference to the local people.