Research Fellow of the Eurasian Research Institute, Kanat Makhanov gave a seminar on the topic of “Regional and Urban Development of Kazakhstan” 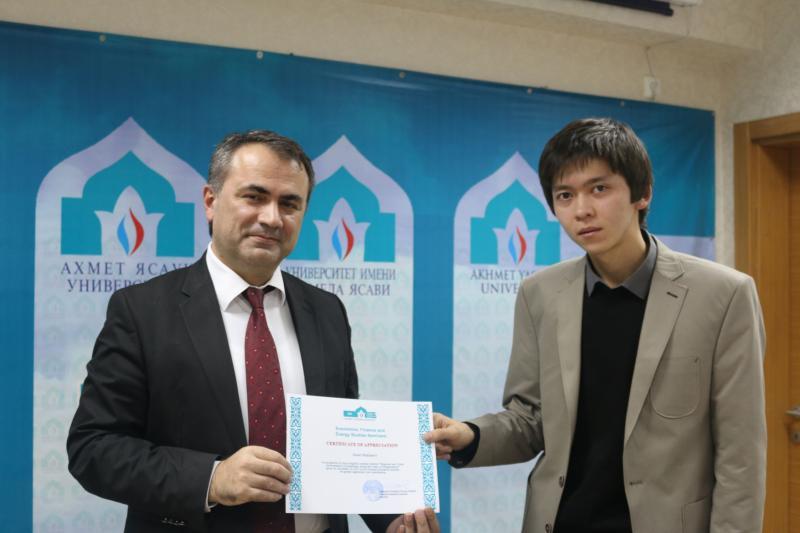 Kanat Makhanov in his seminar titled “Regional and Urban Development of Kazakhstan” mainly touched upon income disparities between regions, national budget’s contribution to regional budgets, and urban development projects and policies. He pointed out that in terms of Gross Regional Product Atyrau city takes the lead, and in comparison with South Kazakhstan region that took the last place in the list the income difference is approximately 7-fold. For other regions in the chart Almaty, Astana cities, and oil producing regions takes the top spots in the list.

During his seminar, Makhanov stated that except the city of Atyrau all regional budgets are receiving financial support from national budget where the Southern, Northern and Eastern regions heavily dependent on these assistance. For instance, percentage of the share of net transfers in regional budgets for Eastern region is 70%, for Northern around 75% and for Southern region is above 80%.
In his research regarding cities of Kazakhstan, he found that there is a positive correlation between the size of the city and its development rate. Furthermore, he explained the reason of a significant drop in 2007 urbanization level by stating that city population limit has been increased therefore some cities lost their status. In addition, he mentioned that for the purpose of organizing and leading urbanization projects and policies in 2013 Ministry of Regional Development has established but due to different reasons, the Ministry has closed in 2014 August and handed over its responsibilities to Ministry of National Economy. Among the urbanization projects program of establishing monocities project is most prominent one, however due to lack of attention and resources the outcome from this project was not sufficient.

At the end of the seminar, participants discussed urbanization, regional economy and effects of urbanization to agricultural sector topics.